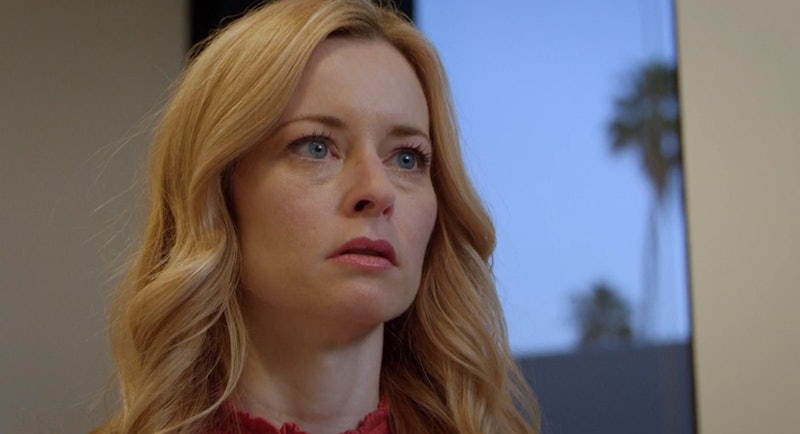 It’s the right season for Lifetime’s Wrong movies. The blazing heat, general boredom, and a lighter TV schedule prior to the Fall rush all adds up to many nights on the couch engaged in a juicy drama. So, this lengthy film franchise of unrelated stories is releasing a brand-new string of movies to make sure fans have plenty of scandalous summer stories to keep them tuned in every weekend. The newest installment, The Wrong Mommy, isn’t based on a true story but the premise is a classic tale of an obsessed woman who is willing to do anything to take another woman’s seemingly perfect life.

Per the movie’s description, Jessica Morris stars as Melanie, an overworked mom who hires Phoebe, a personal assistant, to help with her house and young daughter. However, Phoebe has her own agenda, which includes revenge and pushing up on Melanie’s man so she can become the new lady of their house. So much for actually being a helpful person, right? The Queen of Wrong movies Vivica A. Fox returns to the series as Samantha, Melanie’s friend who initially doesn’t suspect Phoebe’s true motivations. It’s absolutely a classic Lifetime plot that could happen in real-life but thankfully this is a work of fiction.

In The Wrong Mommy trailer, Phoebe tells Melanie that she’s “all about female empowerment.” Yeah, right. Melanie calls her out of being a massive flirt, which Phoebe takes a little too far when she decides to rub on Melanie’s husband at her house and in front her daughter. Of course, Melanie immediately fires her, but Phoebe can’t seem to take a hint.

She confronts Melanie at a later time, which leads to her getting slapped across the face (honestly, this smack was overdue) and responds to Melanie’s daughter when she cries out for her mom. Yep, Phoebe is really checking off all the wrong boxes in this flick. Samantha and Melanie have a short conversation with the latter questioning if her friend is just being dramatic. There’s always that one friend who doesn’t believe anything in a Lifetime movie until they get hit over the head, so Samantha's fate looks grim.

At the end of the clip, a voice-over of Phoebe tells Melanie that she’s better at being Melanie because she doesn’t appreciate her life. A snippet of Phoebe on top of Melanie’s husband wraps up the trailer, but it’s not clear if this moment is real, a part of Phoebe’s delusions, or a frightening though in Melanie’s mind. Either way, the only way to get rid of someone in the Lifetime world is to kill them, lest you want to have a stalker like Dr. Beck on your hands, so hopefully Melanie is ready to fight to the death for her family. One thing is for sure — this will not end well for flirty Phoebe.

Find out if Melanie can get rid of Phoebe for good and go back to her normal life when The Wrong Mommy debuts on July 19 at 8 p.m. ET.

More like this
The OG Power Rangers Are Returning For A Spandex-Clad Special
By El Hunt
Here’s Why Danny Masterson’s Hyde Isn’t In 'That '90s Show'
By Brad Witter
Here’s What Happens To Bill & Frank In 'The Last Of Us' Video Game
By Brad Witter
Michael B. Jordan Tackled His "Public Breakup" With Lori Harvey On 'SNL'
By Brad Witter
Get Even More From Bustle — Sign Up For The Newsletter
From hair trends to relationship advice, our daily newsletter has everything you need to sound like a person who’s on TikTok, even if you aren’t.