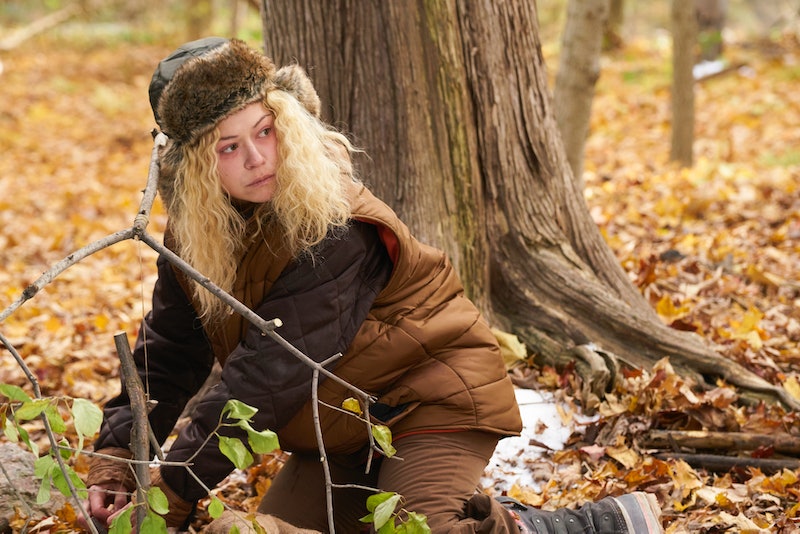 There's a lot to love about Orphan Black, but I think pretty much any fan will tell you that first and foremost on the list would be Tatiana Maslany's Emmy-winning performance as Sarah Manning and her clone sestras. So is there a new clone in Orphan Black Season 5? It's been such a joy watching Maslany inhabit so many different roles that it's hard to imagine the show signing off without letting her slip into just one more Project Leda creation.

To date, the Canadian actor has played 11 different characters onscreen, both major and minor. There is of course the main trio of clones: Sarah Manning, Cosima Niehaus, and Alison Hendrix; there's the ill-fated Beth Childs and the evil Rachel Duncan; there's troubled Helena and naïve Krystal; there's transgender clone Tony; there are dead clones Katja and Jennifer; and, most recently, there's vengeful hacker M.K. (real name Veera). That's more roles than most performers Maslany's age will have portrayed at this point in their television careers, and she's played them all on one show — often in the same scene. It would be nice if Season 5 could end by rounding up the number of Maslany's characters to an even dozen.

Unfortunately, while the Orphan Black Season 4 trailer teased viewers with the impending introduction of M.K., the teaser for the show's final season doesn't offer any similar glimpse of a new clone. Instead, fans get 60 seconds of Rachel's terrifying ascendency to the head of Neolution, Clone Club's efforts to resist her reign, and the promise that, "From the start, they fought for their freedom, for their family. Now they fight as one… to the end."

It would make sense if the writers didn't want to introduce too many new characters in the show's final 10 episodes, choosing instead to focus on wrapping up the storylines for the characters that already exist. And yet, the trailer does tease the introduction of at least a few fresh faces: namely, the infamous yet unseen P.T. Westmoreland and whatever group of people is accosting Art and asking after Helena's whereabouts. If they have enough time to devote to developing these characters, surely they have time for at least one new clone.

In fact, they do. In the above clip from the Orphan Black Season 5 premiere, Helena is seen entering a church and literally stabbing someone in the back… who is revealed to a clone, much to Helena's surprise. Presumably this is a flashback to Helena's violent past (perhaps her very first kill?) — but I don't think that such a brief cameo by a nameless, dying clone is exactly what fans have in mind when it comes to their desire to see Maslany sink her teeth into a new role.

It's truly amazing how distinct each clone that Maslany plays is from all the others; it's often easy to forget that they're all portrayed by the same actor, so unique and fleshed-out are their personalities and physicalities. It would be a shame if Orphan Black went off the airwaves without giving viewers one last chance to see the Emmy's reigning Best Actress craft just one more fascinating character.

Unfortunately, the cast and crew are being tight-lipped when it comes to the existence of new clones — and pretty much any other details about the final season — so fans will just have to wait and find out for themselves when Season 5 premieres this Saturday, June 10.