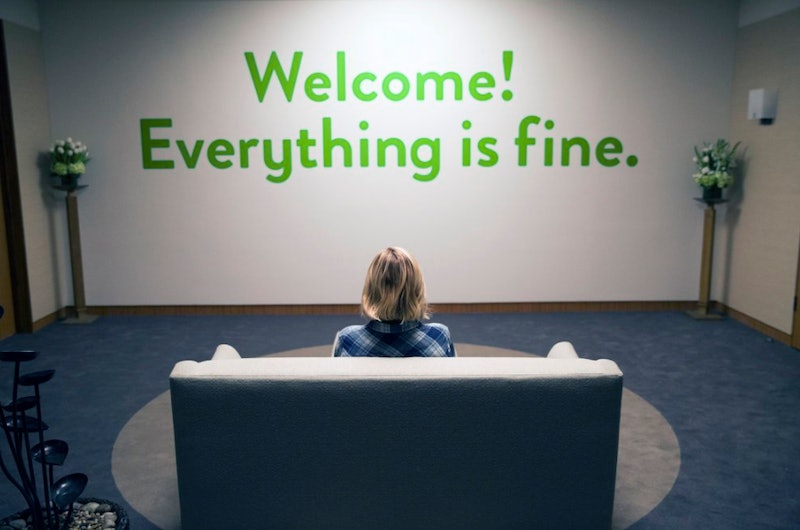 It’s a question that has occupied the minds of humans pretty much since the dawn of time: Is there life after death? Well, I’ve got bad news for those who believe there is: According to Sean Carroll, a theoretical physicist at Caltech, the laws of physics make life after death improbable, if not downright impossible, reports the UK newspaper/tabloid Express.

Express’ piece, which was published in September of 2017 and has been making the rounds again this week, is actually drawn from an article written by Carroll that was published on Scientific American’s website in 2011; titled “Physics and the Immortality of the Soul,” it’s well worth a read, even several years after its initial appearance. It’s a fascinating examination not just about the realities of science and why what we definitively know about the way the world works is incompatible with the idea of the soul persisting after the body is gone, but also about why humans are often so willing to believe such an idea despite so much evidence to the contrary and what would be required in order for that idea to become reality itself.

Carroll is the real deal; he received his Ph.D. from Harvard in 1993 and has focused his research on “fundamental physics and cosmology, especially issues of dark matter, dark energy, spacetime symmetries, and the origin of the universe,” according to his bio on his website. He’s written a number of books, including The Particle at the End of the Universe and Spacetime and Geometry: An Introduction to General Relativity and has received awards and fellowships from organizations like NASA and the American Institute of Physics. You might have seen him on TV a few times, too — he’s appeared on The Colbert Report, NOVA on PBS, and Through the Wormhole with Morgan Freeman.

All of which is to say, he’s a smart guy who has spent a lot of time on this stuff, and he really knows what he’s talking about.

The crux of the argument in his Scientific American piece is this: “Claims that some form of consciousness persists after our bodies die and decay into their constituent atoms face one huge, insuperable obstacle: the laws of physics underlying everyday life are completely understood, and there’s no way within those laws to allow for the information stored in our brains to persist after we die.” If we work off the assumption that the soul continues after death, then that means we have to ask a bunch of additional questions, according to Carroll: “What particles is that soul made of? What forces are holding it together? How does it interact with ordinary matter?” But, he continues, “Everything we know about quantum field theory (QTF) says that there aren’t any sensible answers to these questions.”

He does make the observation that it’s possible that “everything we know about quantum field theory could be wrong,” and that there therefore could be sensible answers to these questions if that's the case; however, driving home the point of how unlikely it is that everything we know about QTF is wrong, he also remarks, “Also, the Moon could be made of green cheese” — an echo of the start of the article, where he walks us through how we know that the Moon is not actually made of green cheese. “Given what we do understand about rocks and planets and dairy products and the Solar System, it’s absurd to imagine that the Moon is made of green cheese. We know better,” he writes.

That’s the point here: We know better when it comes to the idea of life after death. It’s why, Carroll suggests, that advocates of life after death don’t usually ask the kinds of questions the assumption itself requires we ask — out loud — and why noone has really done the work required to explain how physics would need to change in order for life after death to exist. Because, he states, “Believing in life after death, to put it mildly, requires physics beyond the Standard Model. Most importantly, we need some way for that ‘new physics’ to interact with the atoms that we do not have.”

To attempt to explain all of this would reveal “the fundamental absurdity of the task” — or, more succinctly, “how silly they sound.” Says Carroll, “Once you start asking [these questions], the choice you are faced with becomes clear: either overthrow everything we think we have learned about modern physics, or distrust the stew of religious accounts/unreliable testimony/wishful thinking that makes people believe in the possibility of life after death. It's not a difficult decision, as scientific theory-choice goes.”

It’s true that the results of some studies have been taken as evidence that life after death does exist; for example, research first published in 2014 that also popped back up again recently found that, among participants who had been pronounced dead and been resuscitated, 39 percent were able to describe “a perception of awareness” of the time during which they were technically dead. A small number even reported being able to hear conversations and see events occurring around them at the time — conversations and events which were later verified by personnel and staff who were present, alive, and conscious at the time they occurred. For some, it's easy to draw the line from that to the idea of life after death being a reality.

However, it’s worth noting that death is officially determined by heartbeat. When your heart registers zero activity on an electrocardiograph (ECG) monitor — that is, when you colloquially flatline — you’re determined to be dead. Once the heart stops, said Dr. Sam Parnia, who headed up the 2014 study, according to the Independent, “Once [the heart stops], blood no longer circulates to the brain, which means brain function halts almost instantaneously.” What his research has discovered is that despite the heart stopping and blood flow ceasing, there might also be an additional burst of brain activity around the time of death — but it would be fallacious to draw a line between this occurrence and the idea of life after death. A burst of brain activity at the time of death is a biological event — something we can observe, measure, and prove actually happens. We can’t prove, however, that it has anything to do with the soul possibly persisting after we’re dead for longer than a few minutes.

And besides, whether there’s life after death isn’t even the most interesting issue at play here. Concludes Carroll in his Scientific American piece, “There's no reason to be agnostic about ideas that are dramatically incompatible with everything we know about modern science. Once we get over any reluctance to face reality on this issue, we can get down to the much more interesting questions of how human beings and consciousness really work.”

This strikes a cord for me. For all we know about our world and ourselves — which, at this point, is a not inconsiderable amount — there’s still a lot we don’t know. Some might consider it a waste of time to try to unravel the mysteries of an afterlife that may or may not exist; after all, there’s still so much more to unravel about life itself. The here and now is just as fascinating as a theoretical afterlife — and it deserves all the attention we can give it.

For that matter, we deserve all the attention it can give us, too.