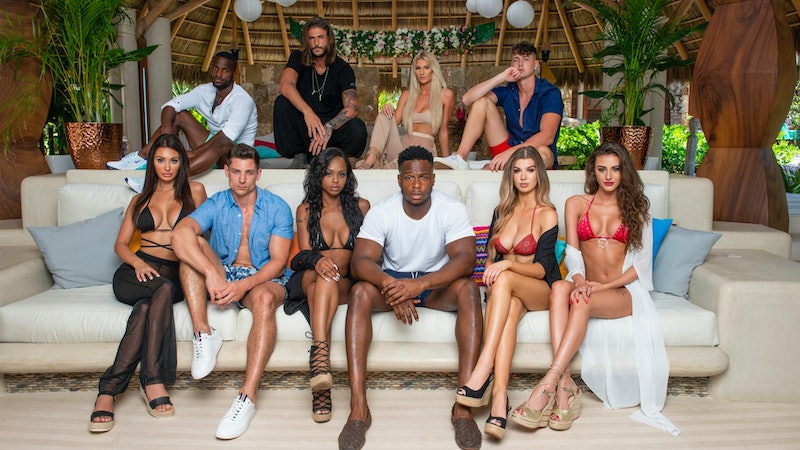 Netflix's Love is Blind became a streaming obsession of many following its debut on the platform earlier this year, and with the arrival Too Hot to Handle, fans of all things reality TV dating have their next fix. The new series has been described as Netflix's answer to Love Island, and follows a group of ten singletons as they move into an exotic pad where love and affection is forbidden. But is Too Hot to Handle scripted? Here's everything you need to know about Netflix's latest reality offering.

There is no official word on whether Too Hot to Handle is scripted. However, considering the show is presented as a reality competition, it's safe to assume that this is not the case. While certain elements may have been orchestrated by the production team – challenges, dates, and so on – the contestants are presumably left to their own devices. I have reached out to Netflix for confirmation on this and will update with any new information if and when it becomes available.

According to the show's official synopsis, Too Hot to Handle follows a group of ten "young, hot singles from around the world" as they embark on a summer adventure in paradise. Contestants are self-diagnosed "commitment-phobes" and usually opt for casual flings in the outside world. However, in an almighty twist, islanders must refrain from all forms of "hanky panky" throughout their entire stay in order to bag the $100,00 prize.

Kissing, heavy petting, and "self-gratification of any kind" are completely forbidden, and with every rule break, the final prize money is reduced.

Similar to Love is Blind, the Netflix original's format intends to shed light on deeper, non-physical connections. However, participants will be tempted to deviate from villa rules with a series of flirtatious games and workshops, which aim to assist them in finding a perfect match.

The confirmed lineup of singletons is quite a varied bunch, and includes a Canadian travel influencer, a British rugby player, a former-America’s Next Top Model contestant, a fitness and nutrition coach, an LA-based singer-songwriter, and a vegan swimwear designer.

Too Hot to Handle arrives on Netflix on Friday, April 17, and if you're looking to spice up your next streaming session, this series is the one for you.