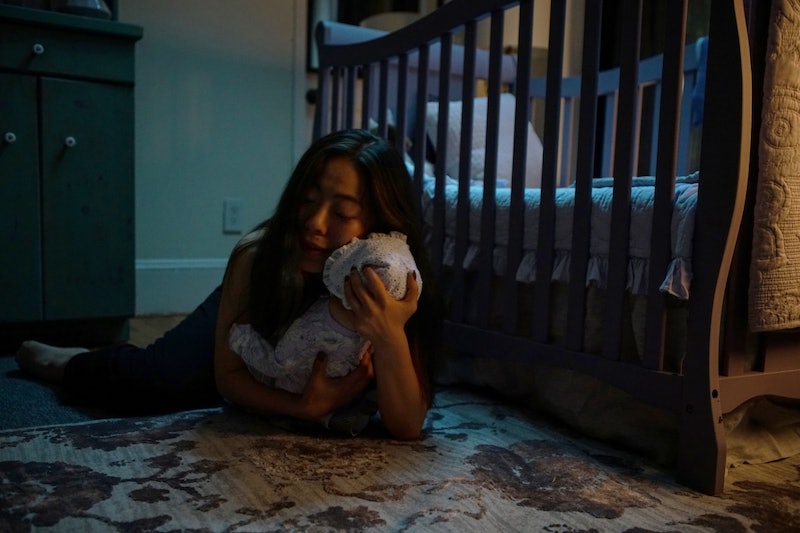 It may be called Two-Sentence Horror Stories, but each episode of The CW's new horror anthology show is a full-blown tale of terror. Fortunately, Two Sentence Horror Stories is not based on real events. So while it may keep you up at night, at least you can remind yourself it's fictional.

Akin to Syfy's Channel Zero, which is based on viral creepypasta horror legends, Two Sentence Horror Stories is inspired by the online fan fiction community of which it gets its name. The original Two Sentence Horror Stories subreddit has over 164,000 subscribers, all of whom exchange original mini-stories on the thread. They each follow the set-up and punchline format of a joke, but of course, are meant to be scary, not funny. For example, this spine-chilling short rounded up by Thought Catalog: "My wife woke me up last night to tell me there was an intruder in our house. She was murdered by an intruder two years ago."

It's unclear if The CW's Two Sentence Horror Stories borrows from pre-existing stories, or if it follows original ones written for the show. The description for the first episode, "Gentleman," reads: "She was stiff and cold in my arms. Then the doll blinked." And the one for the second episode, "Squirm," says: "I felt my skin crawl. Then, I saw the head of the worm push through."

Assuming the episodes stick closely to their description, the series will be kicking off with two tales that aren't likely to occur in real life — although that first one may inspire you to get rid of any childhood dolls you have lying around.

According to series creator Vera Miao, Two Sentence Horror Stories will examine sociopolitcal issues including racism, homophobia, and cyber-bullying. "Horror gives us the permission to explore our most primal fears and deepest anxieties in a safe and hopefully, cathartic way," she told IndieWire. "In this upside down political and social moment we're in, no one can argue that monsters aren't real."

She went on to explain that she was drawn to the original reddit stories because, "they had a classic, campfire spooky story feel made possible by this new, digital space," and reading them pushed her imagination into overdrive. For Miao, though, it was important not to make the stories feel too real. "It'd be exhausting to try to process the deepest fears only with the most real stories — I need the fairy tale to give me the distance to sit with my fears and still come out the other side," she told IndieWire.

This differs from the original Two Sentence subreddit, which includes plenty of stories with real, gut-punching premises. But considering on the show, you'll be watching these tales unfold onscreen rather than just reading them, it's probably for the better that they're a few degrees removed from reality. There are plenty of TV series that feed into our very real anxieties (hi, Black Mirror); Two Sentence Horror Stories is perfectly content to limit things to your nightmares.