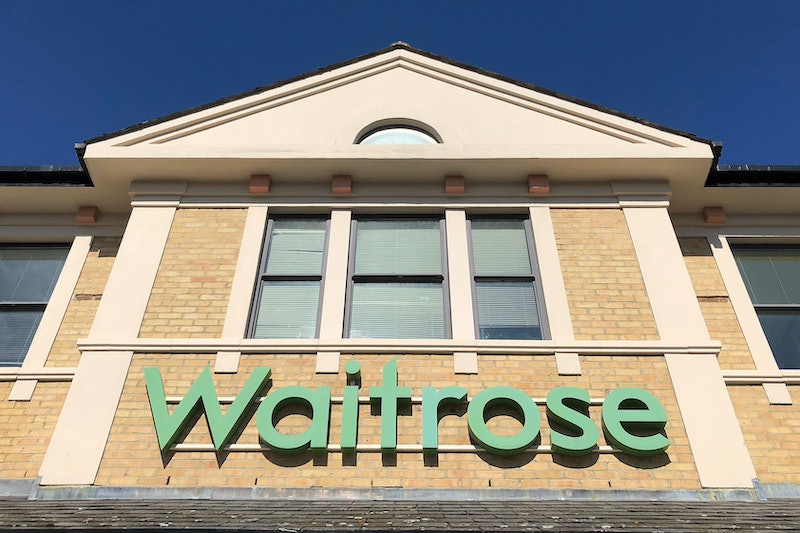 It's clear that in order for the UK to become more eco-friendly, it's going to take more than just individual efforts. Separating your recycling, bringing a tote bag to your local shops, and buying reusable products are all super important steps, but if big companies don't jump on board too, then it's just an uphill struggle. Now Waitrose is reducing plastic in their stores and taking steps to become the latest big supermarket to encourage shoppers to ditch the single-use plastic and bring in their own containers.

According to the Independent the UK's top 10 supermarkets are creating up to 810,000 tonnes of single-use plastic each year. These astonishing figures clearly illustrate why big supermarkets need to start prioritising sustainability in their stores.

This idea isn't new — already there are a large number of zero-waste independent shops up and down the country that encourage shoppers to bring containers with them and weigh their products. This pick 'n' mix style of shopping enables less waste and drastically reduces the amount of plastic each shopper uses. But unfortunately, these independent shops only make up a minuscule proportion of retailers in Britain. It's up to the larger nationwide chains to step up, and it looks like that's what Waistrose are trying to do.

According to the BBC, this new trial will see a reduction in the amount of plastic used on products like flowers, loose vegetables, frozen fruit, and Ecover products. Waitrose say frozen fruit like strawberries and mangoes will be much cheaper than their packaged counterpart — they will be 50p per 100g. Even booze such as wine and beer can be picked up in your own containers. And to make this new initiative even more appealing to shoppers, the package-free products will be 15 percent cheaper (except on the alcohol and Ecover products).

Starting in Oxford, the BBC reports, Waitrose says they are able to double the amount of fruit and vegetables in store without the packaging. And for shoppers who forget their containers, they will be allowed to borrow a box for £5, which will be refunded when the box is returned on their next visit.

This isn't their first step Waitrose has made to cut back the plastic. In 2016, the supermarket pledged to no longer stock any branded cosmetic products containing microbeads. The company, which is a part of John Lewis, said they would also be changing their plastic earbuds to paper ones in an aim to reduce plastic waste. They estimated this would save roughly 21 tonnes of plastic each year. And, in 2017, Waitrose experimented with more environmentally-friendly packaging. Some of their tomatoes were packaged in punnets made from tomato leaves, for example, and this move was estimated to save a potential 3.5 million plastic trays a year.

Luckily, Waitrose aren't the only retailers bring in package-free products. According to Greenpeace, Morrisons, Sainsbury's and Tescos also allow customers to bring in reusable containers for products like meat and fish. And Morrisons are trialling refillable seeds, nuts, and dried fruits.

Hopefully event more leading supermarkets and retailers will follow in Waitrose's footsteps and start reducing single-use plastic. Consumers can't do this alone, it's time for the big retailers who are producing this single-use plastic to step up and help the fight against plastic pollution.