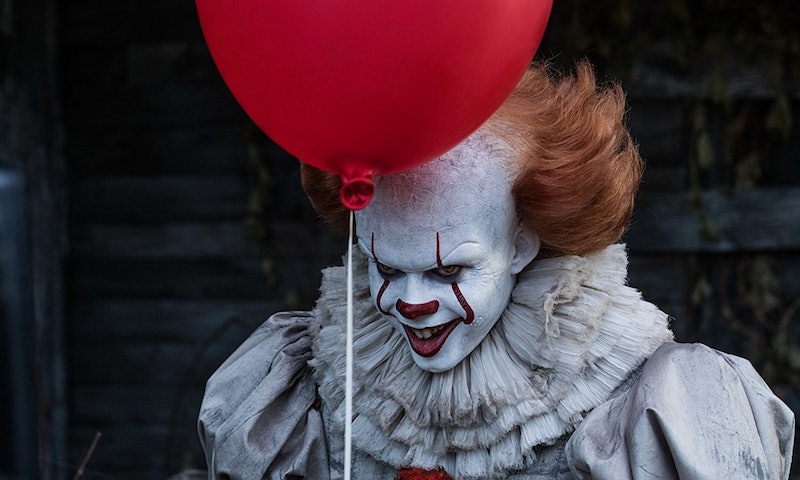 There are some new faces headed to Derry, Maine. On Tuesday, Deadline reported that It: Chapter Two had added Taylor Frey and Xavier Dolan to the cast, and the casting strongly suggests that the It sequel will feature a gay storyline from the original book.

It: Chapter Two, the follow-up to the 2017 hit movie It, will center on the grown-up members of the Losers' Club who survived Pennywise's attacks in the first film. Frey will play Don Hagarty, who in the books is an openly gay character who is dating Adrian Mellon (played by Dolan in the movie). In Stephen King's beloved 1986 novel, the pair face severe homophobia in Derry and find themselves the victims of a tragic crime that brings the Losers' Club kids back to town, who are linked by their blood oath to fight the murderous clown again.

Frey, who has appeared in shows like Gossip Girl and The Carrie Diaries, took to Instagram on Wednesday to celebrate landing his first role in a feature film — which will be directed by Andy Muschietti, who helmed the 2017 movie — posting a screenshot of the Deadline story and writing, "Can't wait to jump into Derry with these incredible actors," along with a series of red balloon emojis.

He and Dolan, a French-Canadian actor and director who took home the Grand Prix at the Cannes Film Festival in 2016 for his movie It's Only the End of the World, according to The Hollywood Reporter, will join an all-star cast.

According to Entertainment Weekly, while the first movie — which was a massive box-office smash, earning $123 million in its opening weekend — was set in 1988 and 1989, the events in It: Chapter Two will jump ahead in time and the action will take place in present day. Jessica Chastain, Bill Hader, and James McAvoy are all set to star as adult Losers' Club members Beverly Marsh, Richie Tozier, and Bill Denbrough, respectively, as reported by Variety. Jay Ryan and Isaiah Mustafa are also joining the franchise as Ben Hanscom and Mike Hanlon. And Bill Skargarsgård is set to reprise the terrifying role of Pennywise.

Production on the film has already begun, and Chastain has been documenting every step of the It sequel via her social media. On July 2, Chastain shared a photo from the first day of shooting, showing the main cast together for the very first time (see above), and on Monday she posted a picture of she, Hader, and Barbara Muschietti, Andy's sister and producing partner, hanging out between takes.

And while the Losers Club might be grown up this time around, the kids will still play a big role in the film, appearing in flashback sequences. Muschietti told The Independent in September 2017 that he felt the children were integral to the story. He said,

"In my opinion, it can't only be about adults. Something that I love about the book is the dialogue between the two timelines because, ultimately, it’s a story about childhood. It’s a love letter to childhood, but it's also a story of the death of childhood. It's symbolic, of course, because when Pennywise describes himself as the eater of worlds, he's not talking about a monster that eats planets; he’s talking about eating the world of imagination and magic."

Muschietti also told Variety that he planned to make the flashbacks a vital part of the storyline, and that the characters will have to look to the past in order to figure out their next steps. "I want to make those flashbacks essential in the plot where in order for the Losers to figure out the clues to defeat Pennywise, they have to retrieve their memories from the past," he told the publication.

As details about the It sequel continue to come out, one thing remains true: it's going to be just as terrifying as the first film.