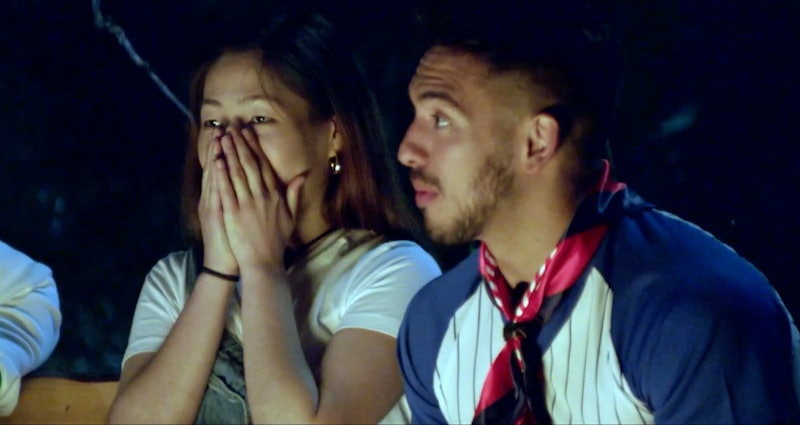 The concept of the American summer camp is somewhat foreign to us lot this end of the pond. Balmy summers in gargantuan camps set on lakes. With all manner of activities and fun to be had. Loads of youngsters in the middle of nowhere with minimal parental supervision. Spooky ghost stories by the campfire. But what if these spooky ghost stories came to life? Killer Camp is a new reality TV show, but with a terrifying twist.

OK, so no, it's not a load of bronzed singletons sat around a pool discussing absolutely nothing but, you guys, this show is actual gold. The idea behind the show is that 11 people are sent to an '80s-inspired summer camp. All headbands, funny clothes, lots of japes. However, once they get there, they find out that there's a murderer among them. (NB: The murder is totally fake. No budding reality TV star wannabes were harmed in the making of this show.)

The challenge for the contestants is to figure out who the killer is all while trying to avoid getting killed themselves. AKA, being eliminated. The murderer will be setting all kinds of scary booby traps.

So what's it all for? Well, you guys, it's for some cold hard cash. If the contestants manage to find the killer, they win big. But if you killer remains undetected, they keep all the money for themselves.

The show is to be presented by comedian Bobby Mair who's acting as the camp counsellor. Mair told The Sun that he was delighted to be involved in the show, saying:

"Being a presenter, Camp Counsellor and facilitator of murder is the job I was born to do! I really hope ITV2 viewers have as much fun watching this show as much as I had getting to make it."

The show takes inspiration from those wonderfully terrifying slasher movies that came out of the '80s and is being compared by many to this season of American Horror Story (AHS), as this season the Fox show is set in an '80s summer camp also.

The return of AHS has fans delighted and one particularly glorious thing about this season is the costumes. Oh my days, are they dressed to impress. According to costume designer Paula Bradley, who spoke to the Daily Beast, the show's producer Ryan Murphy wanted the outfits to "drip in sex." Bradley's own experiences of training to be a designer when these '80s looks were in Vogue definitely helped inspire her day to day. "I was a fashion student through the 1980s, and I think that’s the last time we were so creative and had so much fun with clothes. Ryan asked for high-waist jeans, midriff, Jane Fonda,” Bradley told the Daily Beast. “The fantastic thing about working with Ryan is that his vision expands further than the setting. We’re at camp, but he still wants it sexy and fashion, so he writes that journey into the story."

No word on who's in charge of the costumes for Killer Camp but one thing's for sure, it's going to be one hell of a ride.