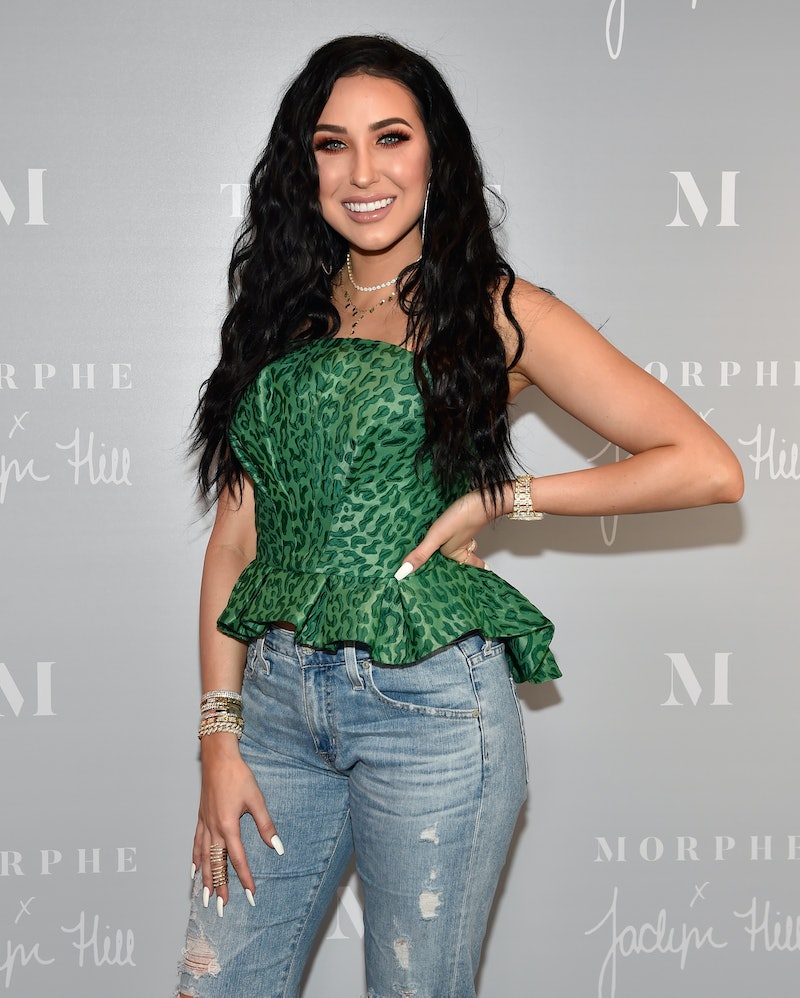 If you're a fan of YouTube beauty gurus or makeup in general, you'll likely recognize the name Jaclyn Hill. The long-time YouTube star has nearly 6 millions subscribers and tons of brand collaborations under her belt. However, a few weeks ago, she lefts social media suddenly. Now, Jaclyn Hill is back on YouTube and explaining why she's been absent from both the platform and her other social media channels.

In May of this year, Hill launched her eponymous brand, Jaclyn Cosmetics. The guru's first launch was a set of 20 nude lipsticks, and the fan hype was real. Unfortunately, allegations of contamination in the lipsticks soon hit social media alongside photos of bubbles, beads, and hair-like fibers in the product. Hill addressed the issues in a YouTube video on her channel in June and announced that the brand would be accepting returned product, refunding the purchase price, and sending out new lipsticks free of charge. Just a few weeks later on June 22, the brand took things one step further and announced that it would be refunding all of its customers regardless of their satisfaction with the product.

Following the decision to refund all customers for their purchases, on June 28, Hill left social media. Now, she's talking about why.

On Tuesday, July 23, Hill ended her YouTube hiatus roughly a month after deleting her social media channels. Hill's decision to do so was major given that, as a beauty guru, the Jaclyn Cosmetics owner had several million followers on both Instagram and Twitter and frequently used the platforms to communicate with her fans. Questions quickly arose after her channels went silent with many speculating that the decision was made as a result of the backlash against her lipsticks.

In the video, Hill explains that she has been scared to address both the issues with her lipsticks and her disappearance from social media. She says the fear stems from those who would pick apart whatever she says as well as the criticism that could come from addressing what has happened in the last few weeks. The guru, however, says she wanted to upload in order to return to, "a mental headspace where I can get back to doing what I love."

In the video, Hill says, "I got into this place where I was so clouded and unable to rebuild my brand, unable to figure out what's going on, and I knew in order to get right, in order to make my brand right, I need to get me right. I was just like I can't do this...I need to focus."

As for what's next for the brand, Hill says that she is no longer working with the same lab, and while she originally had product launches planned to occur every six to eight weeks until the end of the year, that is on hold. Now, she's working on creating the products she had planned with a new lab to avoid the same issues that occurred with her lipsticks.

As for YouTube, Hill says that she "has to rise up." For the guru, YouTube is what she loves, and she cites it as something that helped pull her out of depression. She also says she will be back. In fact, in the upload, she explains that she has a video ready to go, and she will be posting it next. It will mark her return to the platform.

As for her social media channels, Hill didn't discuss where the future lies. However, in her video, the guru is adamant about returning as both a YouTuber and a brand owner. Now, fans will just have to wait to see what's next for Jaclyn Hill.