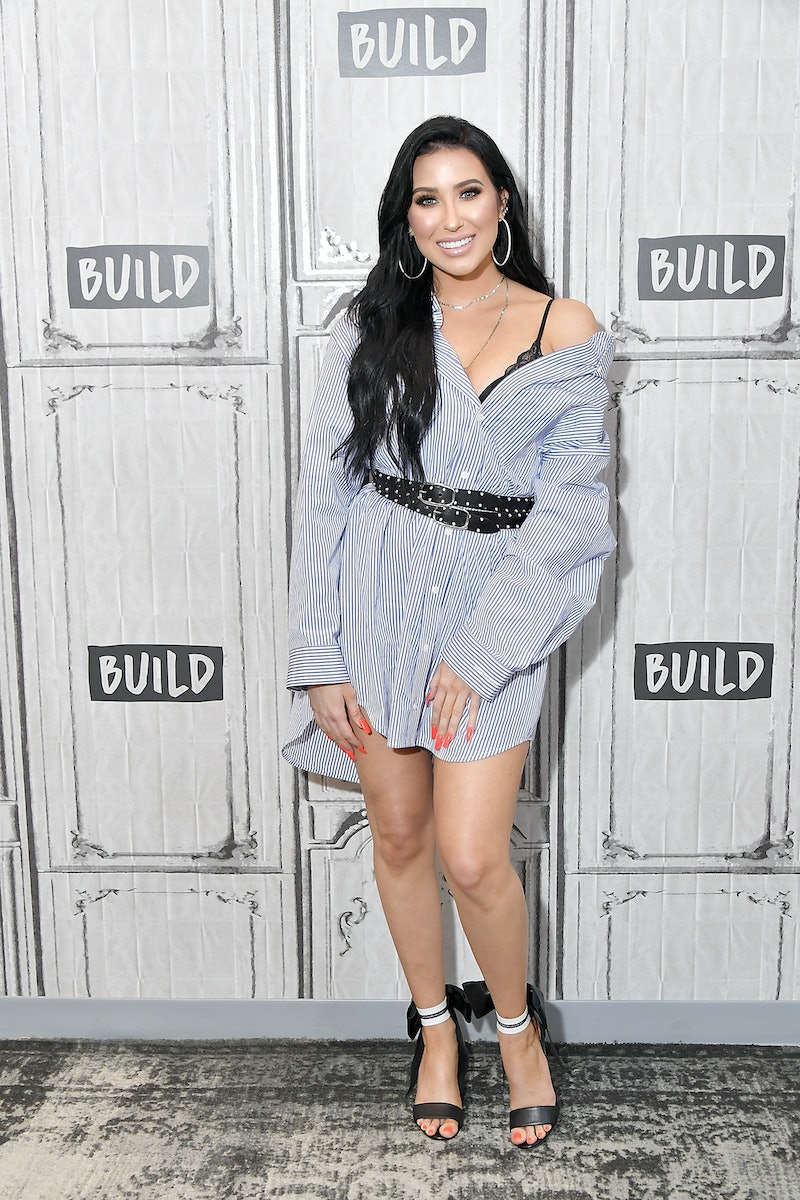 On May 30, YouTube beauty guru Jaclyn Hill released her highly anticipated brand. She began her line with a set of 20 nude lipsticks. Products sold out in just 24 hours, but Jaclyn Hill's lipsticks soon became a topic of controversy due to allegations of mold, hair, and other unknown substances being found inside the product. Now, Hill has spoken out about her lipsticks in a YouTube video.

Hill uploaded a video entitled "My Lipsticks" to her YouTube channel on June 12 where she addressed many of the issues customers have been reporting on social media. The brand owner begins telling her side of what's going on by denying that the So Rich Lipsticks are old, moldy, or hazardous for people to use. Hill adamantly refutes these claims and during the video, she adds documentation to the screen as proof.

Hill then moves on to the "black dots" in her product. She claims that these are actually oxygen bubbles that are rising to the top when her lipsticks are cooling down after they've been placed in their components. The guru says that while not hazardous, these oxygen bubbles are certainly not pleasing to the eye and directs costumers to contact the brand's customer service.

Hill then moves on to another issue that customers have been discussing on social media. Twitter and Instagram users claim that the lipsticks become bumpy and gritty once used. Hill acknowledges that these issues are, in fact, happening and explains that the vats that mix her product are not "breaking down the raw material" enough during production. She says that she takes full responsibility for this issue and again directs shoppers to her brand's customer service.

What is likely one of the most discussed issues on social media are the tiny hair-like strands that have been appearing on some users' lipsticks. The guru starts by offering fans the information that she didn't believe her lab's explanation for these "fuzzies" either but now understands what has happened.

According to Hill, the fibers are from new, cotton gloves that were used to inspect her lipsticks. She explains that cotton, instead of a material like nitrile, was used due to her shiny component that would potentially show smears or fingerprints. The Jaclyn Hill Cosmetics founder goes on to say that workers in the lab had to replace their cotton gloves each time they left production which resulted in multiple glove changes throughout the day. That, in turn, meant that the product was exposed to fibers. She goes so far as to offer an example of the gloves in the video.

The gloves, however, are not the only source of the fibers. Hill states that her lab has been using fiber-like clothes to clean the vats where her lipsticks are being mixed. Due to the type of cleaning material being used, similar fibers are being left behind in the vats where her lipsticks are mixed, and then, they are ultimately becoming part of the product when it gets made.

Finally, Hill moves on to what she explains is the biggest issue based on customer service complaints, and that's melting. According to the brand owner, 80% of issues Jaclyn Hill Cosmetics is experiencing are related to melting which includes issues of lipsticks leaning to the side as well as what appear to be sweat marks appearing.

Hill states that the brand did extensive testing on products in the heat. She claims that the lipsticks can withstand 140 degrees before fully melting. However, with temperatures rising and product sitting on delivery trucks and at front doors, the lipsticks are being exposed to temperatures near or above their melting points resulting in minor melting that is ultimately causing these issues. Hill goes on to say that the brand is currently working on ways to prevent this from happening.

Hill finishes her response to the criticism by thanking subscribers and shoppers for being honest about the issues with the lipstick. She explains that the brand is taking "drastic measures" to ensure that these issues never happen again. As a result, there will likely be delays in future products.

The guru turned brand owner says, "I am going to work very hard and very diligently to make sure that within the next couple of months, within the next year, you're going to look at my brand and be like 'Oh wow, this actually is good. She actually corrected her error, and she learned from her mistakes,' because that's exactly what I'm going to do."

Ultimately, though, the decision to continue shopping Jaclyn Hill Cosmetics is up to consumers. With Hill now addressing the allegations, the future of her brand is left not in her hands but in the hands of her subscribers and customers.