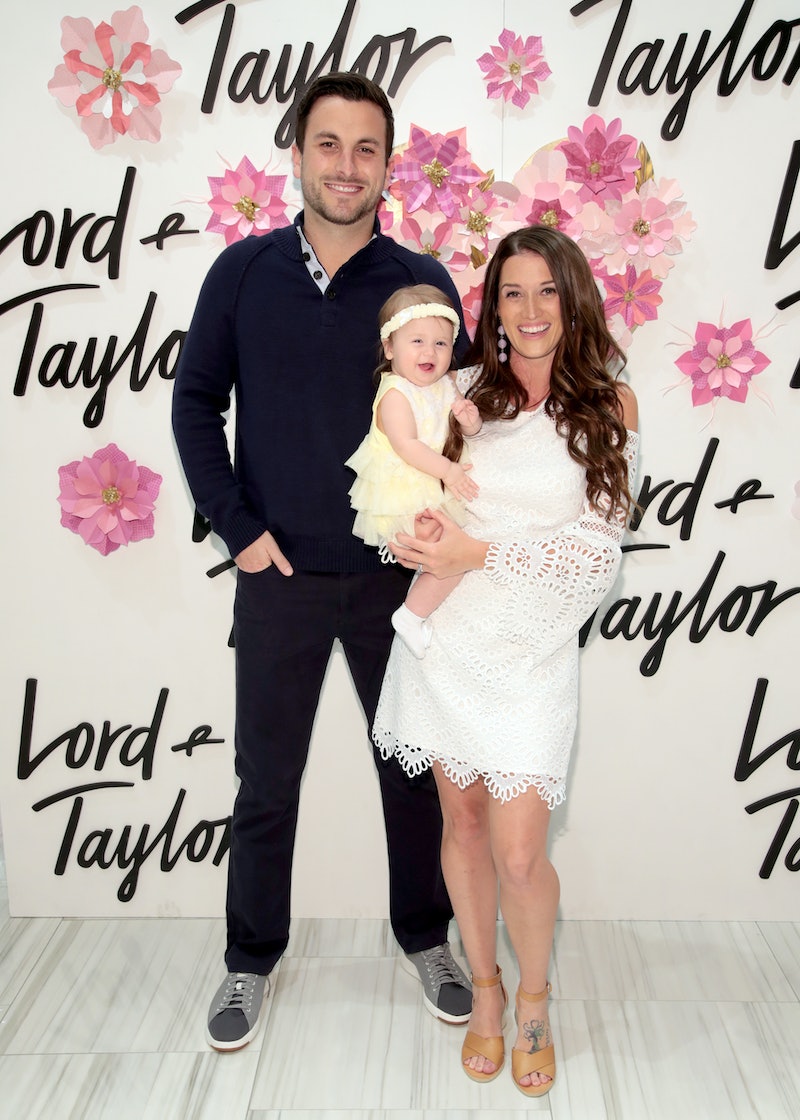 Bachelor in Paradise alums Jade and Tanner Tolbert are expanding their family. They announced Jade's pregnancy with their second child on Monday via Instagram. Of course, Bachelor in Paradise fans are elated by the big news. Now, there are just so many questions: When is Jade and Tanner's baby due? Will they welcome a baby boy or a baby girl? Have they chosen a name? Will the new baby follow in their daughter Emerson's footsteps and join Instagram?

At this moment, the fans do not know the answers to those last three questions. However, the BIP fandom does know when to expect the second Janner baby. In Jade's Instagram post, she wrote shared which month their baby is due. She wrote, "We are overjoyed our bundle of love will be joining us in August!"

In Tanner's Instagram announcement, he held up a sign that said, "Baby number two due August 2019." Along with the photo, Tanner wrote,

August is a very special month for Jade and Tanner for more than one reason. As the loyal fans are well aware, a new season of Bachelor in Paradise typically airs in August every year. Maybe their baby will be born in time to make an appearance on Bachelor in Paradise Season 6. Emmy did make an appearance on Season 5 last year. It's never too early to start appearing on Bachelor shows, right?

Most importantly, that month is significant because they welcomed their daughter Emerson back on Aug. 17, 2017. Maybe Emmy and her little sibling can even share a birthday.

That is if the baby is actually born on the due date. Jade gave birth to Emmy four weeks earlier than she expected and opened up about the experience in an April 2018 interview with People. She explained, "They say that statistically if you have a baby early, you’re most likely to have all your children early so I’m kind of expecting that." So maybe baby number two won't be born in August after all.

Thankfully, Emmy has been happy and healthy, despite her early arrival. In Jade's Instagram announcement following Emmy's birth, she shared, "She arrived on her own terms, quickly and 4 weeks early, but she is perfect in every way, healthy and doing well." On his own Instagram, Tanner remarked, "she decided to surprise us and come a little early."

Hopefully everything goes as planned and Jade gives birth to her second child in August. Plus, it would just solidify the month as the most significant one in their calendars: two kids' birthday and new Bachelor in Paradise episodes. It doesn't get much better than that.