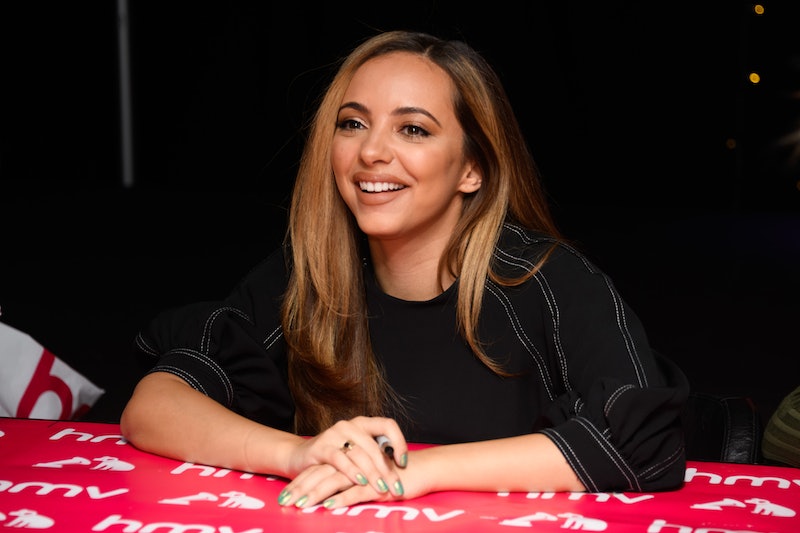 Every member of Little Mix has been incredibly candid about their struggles, using their experiences to encourage positivity in others. Now, one fifth of the band, Jade Thirlwall, has spoken about recovering from anorexia in a bid to show other eating disorder sufferers that full recovery is possible.

Appearing on BBC Sounds' Life Hacks podcast, the 26-year-old opened up about her five-year battle with anorexia. She described the eating disorder as "an angel on [her] shoulder," saying: "Anorexia for me was control, and if I was controlling something then I was winning. It wasn’t until I had therapy about it that I realised anorexia was actually the devil on my shoulder. That it wasn’t my friend.

"I really struggled to understand that at first, because I was so isolated and didn’t talk to anyone. I’d got so used to hearing that voice telling me, ‘Don’t eat that,’ or ‘Don’t look in the mirror’, ‘You’re still ugly, you still have a long way to go.' It took a long time to realise that voice wasn’t good for me any more.”

In 2016, as Metro reports, Thirlwall said she developed anorexia at the age of 13 as a result of factors like bullying and the death of a relative. On the BBC podcast, she told host Katie Thistleton she became "very gaunt" and "used to wear a lot of baggy clothes to hide that."

Thirlwall then went on to explain the two events that spurred her recovery. "I got in a really horrible state," she said. "The turning point ⁠— and the reason why I first told my counsellor ⁠— was when I got tired of hating myself so much." The singer said that telling someone about her anorexia felt "like a weight had been lifted off [her] shoulders."

The X Factor, according to Thirlwall, helped the recovery process. ("I knew I would ruin my dream of becoming a singer," she said.) The then 18-year-old was eventually discharged from hospital and, just weeks later, auditioned for the talent show, reports the BBC.

To record the podcast, Thirlwall visited "a fantastic hospital called Riverdale Grange in Sheffield." There, she wrote on Twitter, she shared stories with some of the teenage patients. "It was an absolute honour to meet them and I really hope, by sharing my story, I was able to help both them and anyone listening to the podcast to further understand anorexia and see that recovery is absolutely possible," she added.

Thirlwall noted that she has now completely recovered from anorexia, saying: "I don't think I would ever do that to myself again."