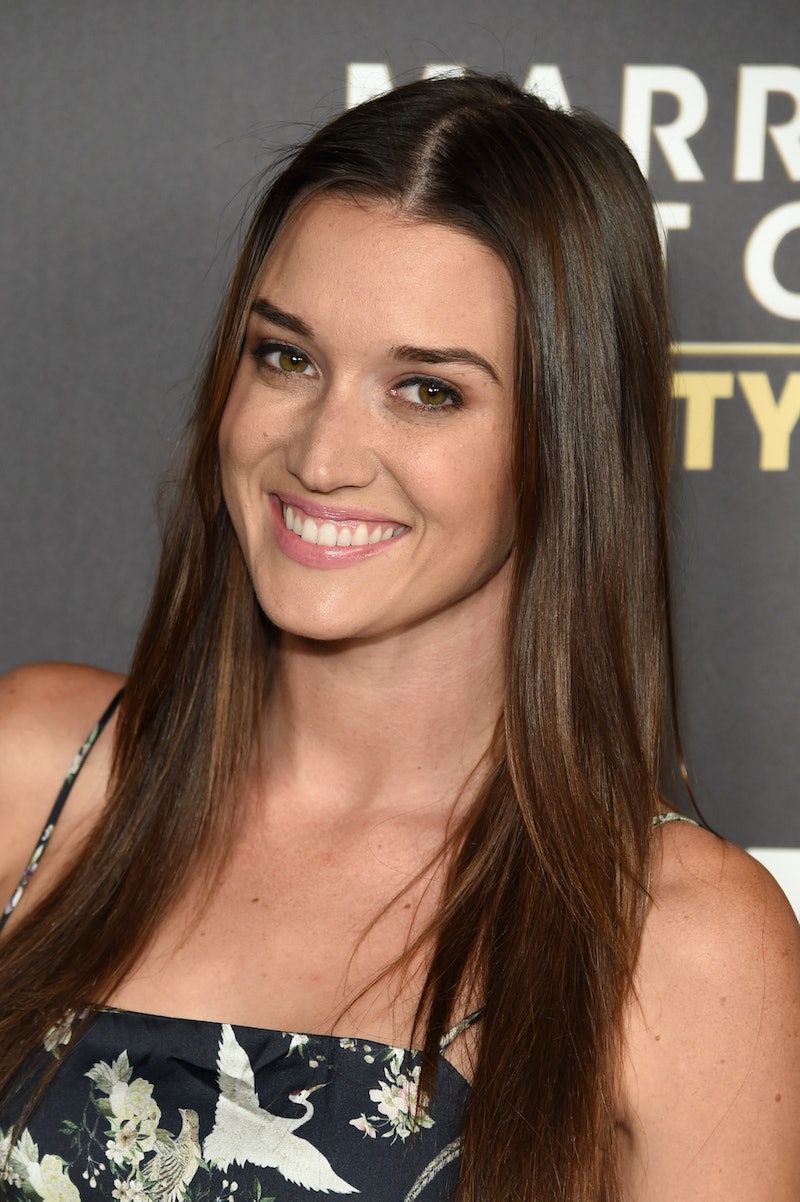 Jade Roper Tolbert and Tanner Tolbert are expecting their second child currently, but their parenthood journey hasn't always been easy. Jade had a miscarriage after Bachelor in Paradise's second season, before the couple had their first child, Emerson. On Thursday, Jade reflected on her miscarriage again in a new Instagram post, and it sounds like opening up about the experience has helped her through the healing process.

"I opened up for the first time about my miscarriage last month, and it's really profound to me the healing I've found in it, by just speaking those words out loud to someone else other than Tanner and myself," Jade wrote in the caption. "I carried the pain, the shame, the guilt, the sorrow so deep inside me for so long, I didn't even realize it was such a part of me until I became pregnant with our baby boy."

Tanner and Jade announced at the end of January that they're expecting their second child, a son is due in August. The couple's first child, their daughter Emerson, was born in August 2017. But Jade's current pregnancy also brought up feelings about their earlier miscarriage, as the former Bachelor contestant explained in her new post.

In discussing her and Tanner's previous miscarriage, Jade also explained her complicated feelings about the term "rainbow baby," used to describe a child born after a miscarriage or infant death. Jade wrote in her post,

"I've always disliked the term 'rainbow baby,' and I think it's because I didn't want to even turn and face my storm. Every time I would think of Emerson as a rainbow baby, it would make me so angry inside. Why would I want to attach something so traumatic to someone completely pure and perfect? I didn't want that label on her when I felt she deserved her own individuality, her own presence, her own mark in this world."

After a recent family vacation, though, Jade seems to have had a change of heart about the phrase. "When we were in Hawaii a couple weeks ago, I witnessed a rainbow through a storm for the first time since I've had Emerson," Jade wrote. "I was holding Emerson, and for the first time my heart softened and understood. That something so beautiful can forge its way after something so scary and dark is a miracle in itself."

The reality star added that while she might not use the term "rainbow baby" to describe her own daughter, she understands why it can be comforting. "Every time I see a rainbow, I will smile a little knowing that maybe it's our sweet baby, reminding us he/she is still with us shining bits of hope into the dim parts of my heart that are still healing," Jade wrote.

Jade and Tanner first opened up about their miscarriage in a YouTube video on Feb. 26. The couple shared that Jade got pregnant during a Fantasy Suite date on Bachelor in Paradise, and she moved to Tanner's hometown of Kansas City. Sadly, they lost the baby, and both of them were super honest about how it affected them.

"Looking back at it now, it's hard to not be sad. Knowing how much I love Emerson today, I would have loved this baby that much," Tanner said in the video. "I never got a chance to know him or her. It's really sad to think about what could have been."

The experience sounds like it was a challenge for both of them, and it's one they're still healing from. But it's clear from the supportive YouTube comments, as well as the comments on Jade's Instagram posts, that the couple's story has resonated with plenty of other people who've gone through similar things.

Jade's comments in her new post about the experience make a great point, too. Talking about difficult topics like these can be challenging, but it can also help other people in similar situations realize they aren't alone.