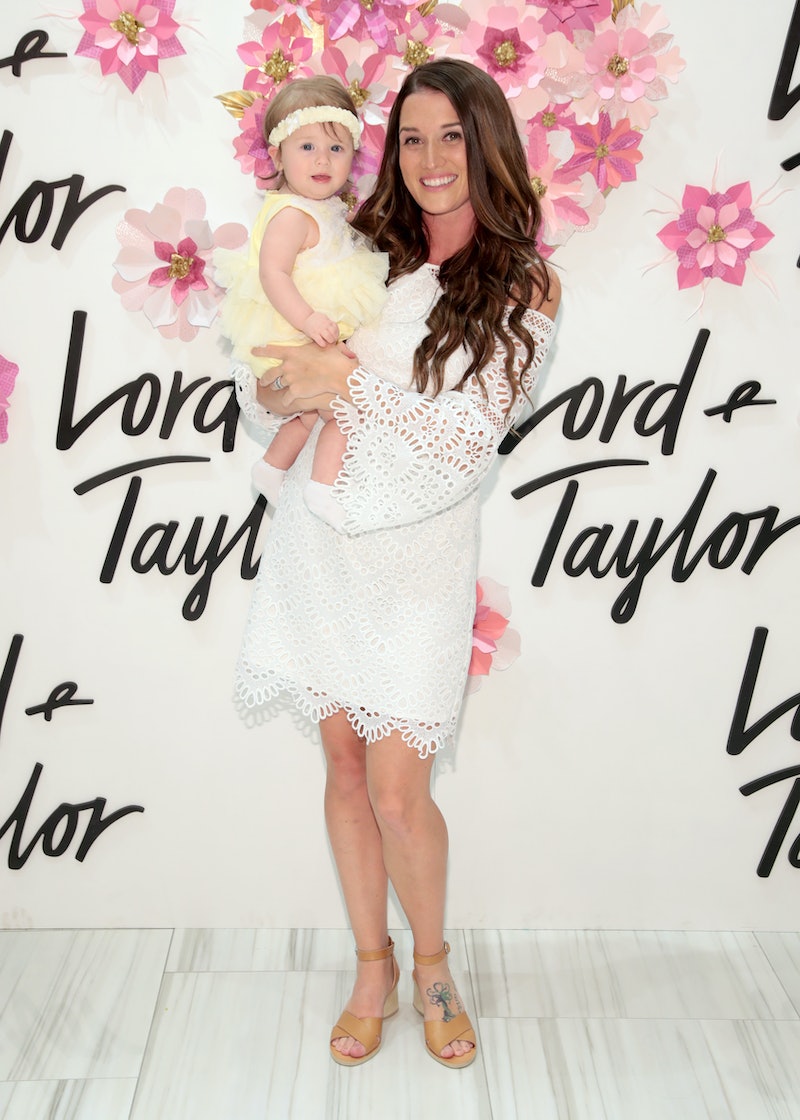 Thanks to Instagram, Bachelor fans can follow the couples' lives once the shows are over. And now, that includes the next generation of Bachelor Nation since many alums are having babies. Jade and Tanner Tolbert just welcomed their second child at the end of July. Not only that, but Jade Tolbert's new baby Brooks looks just like her daughter Emmy, based on some photos that she shared on her Instagram Story.

Aside from being the descendant of two beloved Bachelor franchise alums, Brooks' birth was tied to the franchise. On July 29, Jade and Tanner were watching the finale episode of Hannah Brown's Bachelorette season when she went into labor a lot sooner than she expected.

Ultimately, Jade ended up giving birth to her second child in her master closet at home because they couldn't make it to the hospital in time. Just like his older sister Emmy, Brooks was born sooner than expected. And the two of them have more similarities than beyond their early arrivals. Both of them are already burgeoning social media influencers. They both had Instagram accounts before they were even born and they each have a large social following at such young ages. Emmy has 158K Instagram followers and Brooks is catching up pretty quickly with his 100K followers.

Just because they both have their own accounts (that their parents post from, obviously), it doesn't mean that Jade and Tanner don't share baby photos from their own accounts. It just means that there is even more Tolbert baby content for the fans to enjoy. And who doesn't love looking at a cute baby, especially a Bachelor baby!?

On August 5, Jade did a question and answer session on her Instagram Story while she was up feeding Brooks. One of her followers asked, "Who do you think he looks more like at this time?" Instead of saying that he looks the most like herself or Tanner, she responded, "I honestly think he looks like Emerson!"

A couple of Instagram Stories later, Jade shared some proof. She posted a photo of Emmy at one week old in one story and another of Brooks at the the same point in another. She even joked "Apparently my uterus clones our babies," which could be a great thing considering how cute they are.

Of course, Jade loves having a male "clone" of her daughter in the family, but how does Emmy feel? In another Instagram Story, Jade revealed, "She's done great so far! We don't push anything, just let her have her own curiosity about him."

Jade also shared, "She's very sweet and will give him kisses and hugs and is concerned when he cries." However, Jade admitted, "You can definitely tell she sense competition for attention now though, but we've been giving her lots of one on one time to reassure her." Aww.

Even though Jade is just a week into being a mother of two, it sounds like she has a solid handle on the change in the family dynamics.