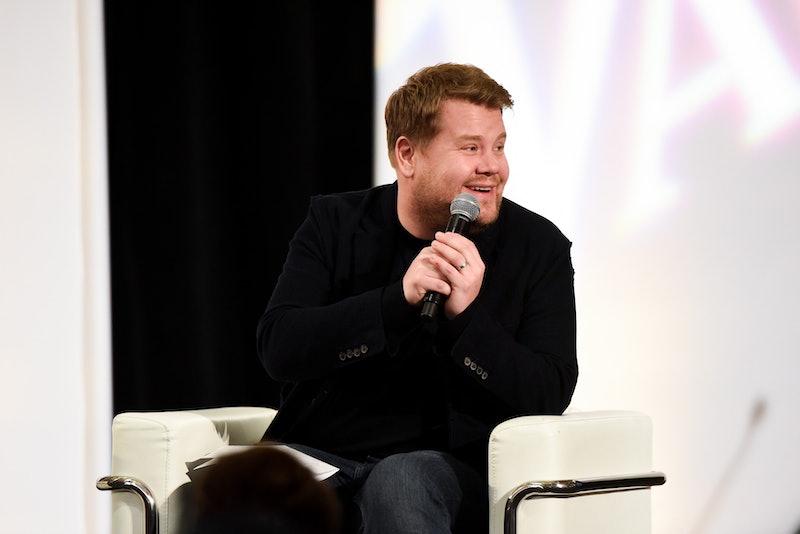 Host of the Late Late Show James Corden thinks that "chubby" actors don't get cast in romantic roles. Speaking on fellow actor David Tennant's podcast, David Tennant Does A Podcast With, the Gavin And Stacey star expressed that bigger men still have a lack of opportunities when it comes to romantic leads and continue to be typescast because the TV and film industry don't want to see them falling in love or having sex.

"If you only watch television or films, if an alien came back and they had to take a reading on planet Earth by just watching films or TV, they would imagine that if you are chubby or fat or big, you never really fall in love, you never have sex," Corden said to Tennant during their conversation.

"Certainly no-one really ever finds you attractive," Corden said. "You will be good friends with people who are attractive and often will be a great sense of comfort to them and perhaps chip in with the odd joke every now and again."

Corden continued: "I was in the play with seven other boys who were at a similar age and a similar place in our careers, and pretty much every day, three or four of these boys would come in with a massive film script under their arm." As the Guardian reports, Corden was speaking about his breakthrough role in Alan Bennett’s The History Boys, which he starred in in 2004. "They were looking for two boys of 21 and 22 and both got sent the script [for leading roles] and I got sent just two pages to play a newsagent at the start of this film," he said. "I really felt like people were going, ‘We think you’re quite good. It’s just because of what you look like.’"

And although there's a number of famous men in the acting business similar in size to Corden, typecasting normally means they are relegated to playing the funny guy rather than the heartthrob. And it was his frustration of being excluded from these roles that encouraged Corden to write the hit BBC comedy Gavin & Stacey: “I was like ‘if that’s not going to happen then I’m going to try to make something happen for myself,'" he told Tennant.

Fatphobia isn't just an issue that affects women and, by not casting men of all sizes in romantic roles, the film and television industry is perpetuating the idea that only certain bodies are desirable and deserving of love.

Hollywood still holds unfair ideas around "chubby" men. The trend of thin and muscular actors playing plus-sized roles, only for their characters to lose weight and become desirable, remains a problematic tope. (Think Eddie Murphy in The Nutty Professor or Dwayne "The Rock" Johnson in the comedy Central Intelligence).

All body types should be celebrated in TV, film, and theatre — because representation matters. Corden's comments have opened up a much larger conversation about the erasure of "chubby" men in creative industries, from fashion to film, and it's important that we recognise more has to be done to end fatphobia.