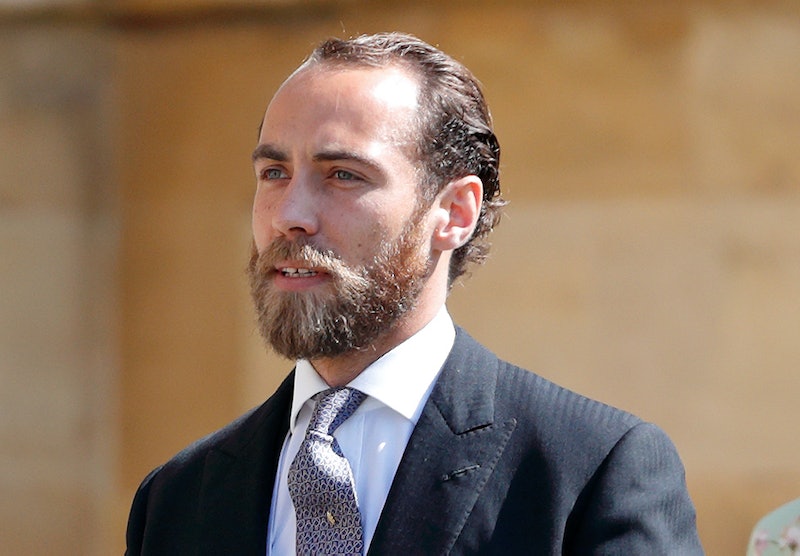 Kate Middleton's brother James has been open about his mental health and the problems he's encountered in the past. The 33-year-old businessman has experienced depression, but has been vocal about the ways he has coped and managed his condition. And now, it has been revealed that Kate Middleton and her family gave James the ultimate birthday gift to help him do this back when he was 24.

James shared in a piece written for the Daily Mail that, nine years ago, his entire family gifted him a beehive. Kate's brother had developed a fascination with bees, and became a keen beekeeper after being given his own.

"I've written in this paper about the clinical depression that first hit me in 2016, and one of my strategies for coping with it is beekeeping," James said.

"I’d always harboured a longing to keep bees, but it wasn’t until I turned 24 in 2011 that the wish became reality. Then, my family - mum, dad and my sisters Catherine and Pippa - clubbed together to buy what for me was the most fantastic birthday gift imaginable.

"A delivery van arrived with a large buzzing box with the cautionary label: 'Live Bees'. Inside was the nucleus — the start — of my colony: 1,000 Buckfast bees."

In the years since, James has found his beekeeping hobby to be the ultimate alternative therapy for his depression, he says, describing it as a form of meditation.

"I see it as an active form of meditation, a chance to escape from mental tumult. When I’m with my bees it’s as if someone’s pressed the mute button on everything that’s worrying me.

"I love spending time with my bees, checking, monitoring, treating them and collecting their honey: it is soothing toil; a balm for troubled minds," he added.

But what about the stinging? James says it no longer bothers him, especially when weighing up the benefits. "Beekeeping is methodical, patient toil," he says. "I’ve been stung hundreds of times — actually the reaction tends to get worse over time — but I’m not put off and I never blame the bees."

Luckily, his fiancee Alizee is on board with the whole thing, as he describes her as a "convert."

"Early in our relationship I bought her a beekeeping suit and when she’s helping me with the hives, as she has been during the weeks of lockdown we’ve spent at Bucklebury, she couldn’t be happier."

James has previously shared insights into his mental health with readers of the Daily Mail. In 2019, he wrote a powerful essay in which he describes depression as "an illness of the mind," along with explaining how he has learned to manage it using therapy, as well as the presence of his dogs.

More like this
Every Season Of 'Love Island' Ranked Best To Worst
By Alice Broster, Frances Stewart and Sophie McEvoy
Jennifer Coolidge Slid Into Ariana Grande’s DMs In The Most Iconic Way
By El Hunt
Laura Anderson Pulled The Ultimate Girl Power After Her Break-Up
By El Hunt and Megan C. Hills
'Bridgerton's Regé-Jean Page Is The World’s Most Handsome Man
By Darshita Goyal
Get The Very Best Of Bustle/UK
Sign up for Bustle UK's twice-weekly newsletter, featuring the latest must-watch TV, moving personal stories, and expert advice on the hottest viral buys.