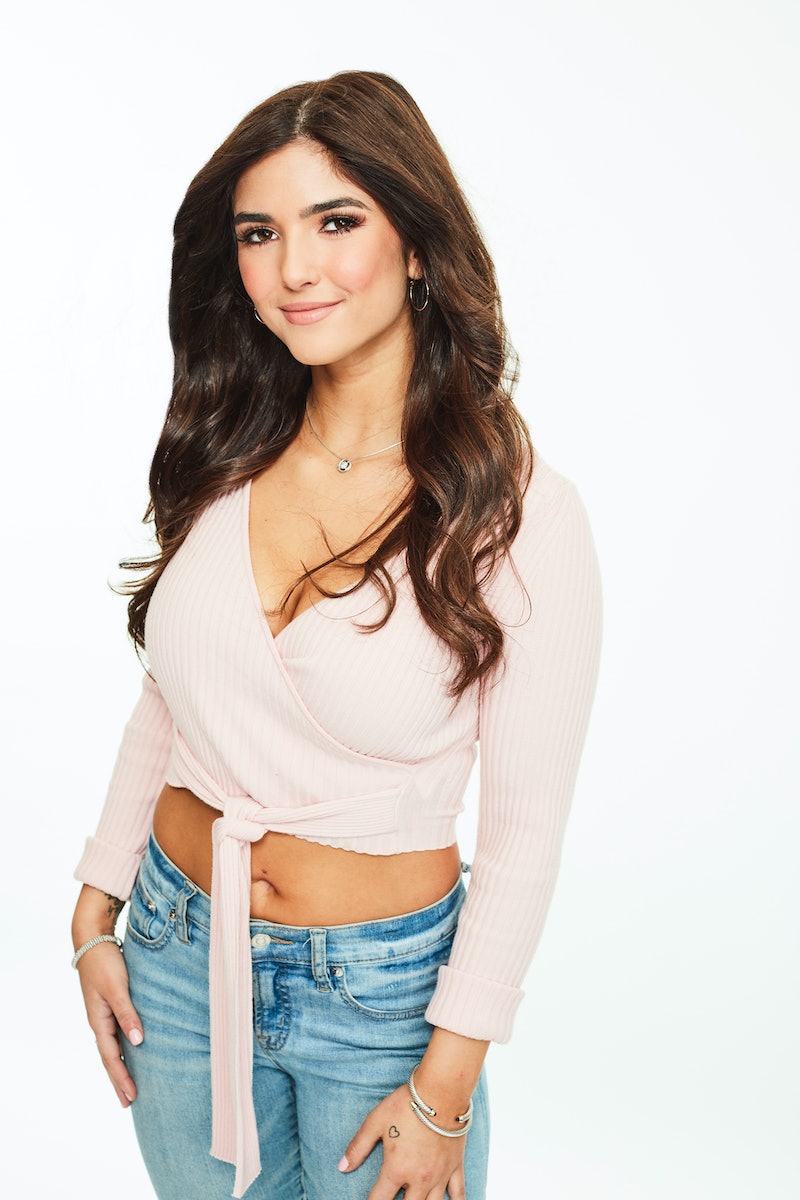 Chris Harrison is hopeful that America will fall in love with the cast of The Bachelor's new spinoff Listen to Your Heart, but he knows it could take some time. "The scariest thing about reality TV is having all new characters that you have to be introduced to," he told Entertainment Tonight. "It takes patience from you, Bachelor Nation, that you have to sit there and go, 'OK, who is Jamie, who's Ruby, who's Chris, who's Matt, who's Trevor?' You have to take time to meet these people."

Well, here's a start: read on for everything you need to know about Jamie from Listen to Your Heart and what she's looking for on the show.

ABC describes the 21-year-old Nashville-based musician (born Jamie Weintraub, but known professionally as Jamie Gabrielle) as "the sweet and fun-loving girl next door who knows her way around a six-string guitar." A New Jersey native, Jamie left her liberal arts college to attend Boston's Berklee College of Music with the goal of proving to her family that "she can make it big." (John Mayer, Melissa Etheridge, Quincy Jones, Diana Krall, and The Dixie Chicks' Natalie Maines are among Berklee's Grammy-winning alumni.)

Even after going on 100 dates this year, Jamie "still hasn't found someone who can make her heart sing," per ABC. After dating "a lot of off-key men," Jamie's hoping to hit the right note on Listen to Your Heart.

Specializing in the pop country genre, the singer-songwriter had aspirations for a career in music from an early age. On her Facebook fan page, Jamie has posted videos of herself singing covers of Demi Lovato's "Sober," Lauren Alaina's "Road Less Traveled," Bright Eyes' "First Day of My Life," and an acoustic version of Meghan Trainor's "All About That Bass."

In addition to her vocals, Jamie puts an emphasis on meaningful song lyrics. In July 2018, Jamie tagged Lovato saying she admires her as an artist and a songwriter. "The vulnerability and honesty you put into your music is amazing...I aspire to write a song like 'Sober,'" she wrote. Jamie added that she cried when she first heard Lovato's raw 2018 track "because the pain in this song is so real."

Earlier in 2018, Jamie shared that Trainor's "All About That Bass" was one of the first songs she heard where "curvier body types" were celebrated. "More messages like this need to be in the media and pop culture and I hope one day to contribute that to the industry with my own music," she posted.

After sharing her first post under her @jamiegabriellemusic Instagram handle in January 2013 (a #tbt post from 1998), Jamie had amassed more than 7,400 followers prior to Listen to Your Heart's premiere. She primarily posts solo photos and travel pics of everywhere from Rome, Italy's Trevi Fountain to Los Cabos in Mexico. Other posts suggest that Jamie is a fan of country stars like Kelsea Ballerini and Maren Morris; she even dressed as Kacey Musgraves for Halloween in 2019.

As listed in her ABC bio, Jamie's favorite food is margaritas and her "least favorite thing is getting ghosted." Finally, "all she wants in life" is for a man to serenade her.

It seems that Listen to Your Heart will be the perfect place for her to make that dream come true.