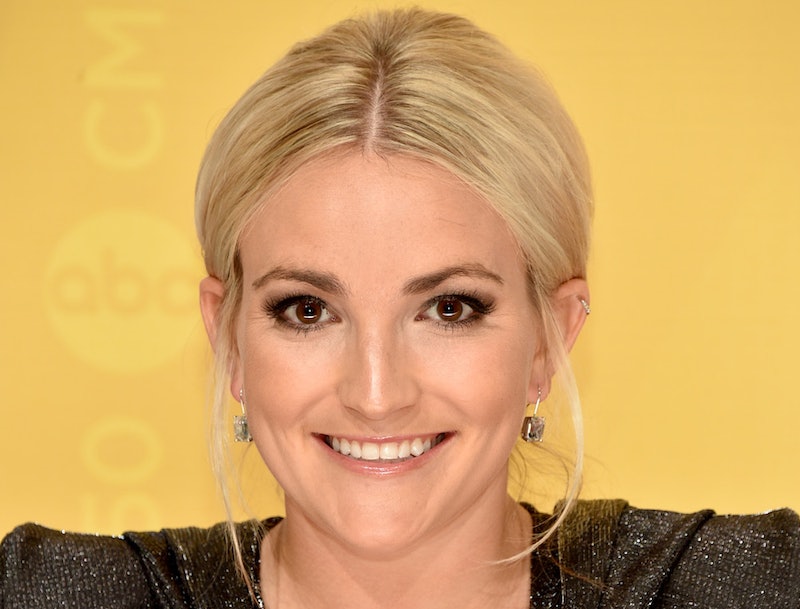 Cue the Zoey 101 theme song: Jamie Lynn Spears may have confirmed Zoey 101 revival rumors with a cryptic script photo. Spears, who starred as the titular character Zoey in the Nickelodeon series for four seasons, took to Instagram on Thursday, Nov. 14 with a photo of a script with the words, “Gimme that bacon!” and a very suspicious "Sean." The rest of the dialogue is crossed out in pink. Spears offered no additional insights into the script, but simply captioned the Instagram post with a bacon and word bubble emoji.

Spears’ photo comes on the heels of Netflix and Nickelodeon’s announcement of a multi-year deal to produce original content for the streaming service. So, in the interest of putting two and two together: if rumors of a Zoey 101 revival are in fact true, there’s a possibility that the series would end up at Netflix. But of course, this is all merely flat-out speculation for now.

This isn’t the first time revival rumors have swirled. In July, the cast fueled reboot speculation after Spears shared a video of her co-star's reunion. They said to Spears — who was notably absent due to her filming schedule for her upcoming Netflix series Sweet Magnolias — in the clip, “Hi, Jamie. We miss you! We wish you were here, and we hope to see you soon!” Spears captioned the video on Instagram, “Not only did I miss the reunion, but I also missed the FaceTime, because I’m lame and fell asleep…. thank y’all for the video and hope to see y’all very soon.”

Back in July, TMZ reported that Spears was in talks with Nickelodeon executives about the series. The publication added that while the series wasn’t exactly a “done deal,” the reboot — hailed by sources as “Zoey with an edge” — would reportedly follow Zoey as a 28-year-old in Southern California with a “couple of kids in the mix.” However, Spears seemingly debunked these rumors of "talks" on social media when she shared screenshots of the revival news on Instagram on July 24 and wrote, "Yo, @nickelodeon have your people call my people🤝😉 #Zoey101."

Rumors aside, Spears has dished on the future of Zoey and Chase (Flynn) in the past. "I would assume that Zoey would be doing some time of perfect job, and maybe he would be like the dad at home with the kids,” she told PEOPLE in June 2016. “He seems like he still would be a kid.”