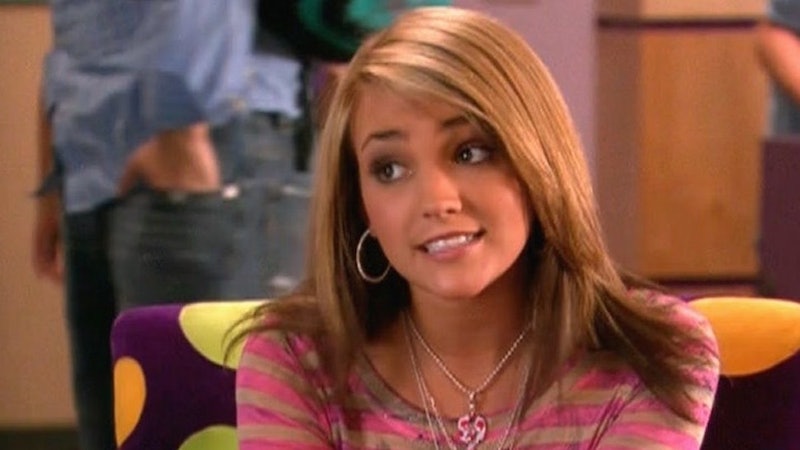 Jamie Lynn Spears just dropped a bit of a bombshell about her old Nickelodeon TV show. Turns out, the reason why Zoey 101 ended back in 2008 was not, as was rumored at the time, because the then 16-year-old Spears was pregnant with her daughter Maddie. Nope, it was because of something way more mundane. 14 years after the premiere, Spears seems to be having fun clearing up the rumors. She even came up with her own hashtags to do it.

To celebrate the anniversary of the show, which focused on Zoey settling into her new Malibu boarding school. Spears took to Instagram to post a tribute to the Zoey 101 theme song. "Are you ready?" she wrote. "14 years later...still a jam..." Spears certainly isn't wrong, this one, which she sang, is definitely still a bop.

The post was about something much more than how good the theme song was, however, which became obvious once you read her hashtags: "#itdidNOTendbecauseofpregnancy" and "#contractwasfinished." Both put to rest the rumors that it was Spears' pregnancy that ended the show following its third season. In the end, Spears' reason for leaving Pacific Coast Academy was something far less scandalous.

Spears wasn't done spilling the tea about her time on Zoey 101. On her Instagram Story the singer/actor revealed that she was a bit of a rebellious star. "I dyed my hair black before a Zoey photoshoot," Spears wrote. "This did not go over well. I knew it wouldn't."

She ended up having to dye it lighter, which she admits was "such a pain in the ass." Especially, since they couldn't really get it blonde for the photos. "Still brown tho," she captioned an early promo shot for the show.

In her Insta Story throwback she also poked fun at her younger self. "Belly button ring" she captioned a shot of herself. "How old was I?" To be fair, getting a questionable belly button ring is basically a teenage rite of passage so she shouldn't be all that hard on herself.

Spears celebrated the time she spent with co-star Victoria Justice ("Extremely hot days on set with this sweet girl," she wrote) and poked fun at Zoey's romantic choices who weren't Chase Matthews (Sean Flynn). She even shared her surprise that there was more than one Nintendo DS game.

In the end, though, she just wanted to say how thankful she was for the opportunity to star in the series. "Seriously, tho, so thankful for this show and everyone who loved and supported it," she wrote. "I grew up on this show, so it was pretty much my childhood also."

Spears also had a question for fans. "Honestly, since sooo many keep asking us," she wrote. "I'm just curious. How many of you would watch a reunion/reboot of Zoey?" Let's hope she shares the results of this poll.

This isn't the first time Spears has hinted at a reunion. In 2016 she hinted to People that a Zoey 101 reunion was a possibility. In fact, she even had a guess to where Zoey and Chase would be here now.

"I would assume that Zoey would be doing some kind of perfect job, and maybe he would be like the dad at home with the kids," Spears said then. "I would think that would be kind of because he seems like he still would be a kid."

Whether fans will get to see a new Zoey 101 episode anytime soon, these new fun facts shared by Spears are a nice consolation prize — at least for now.

More like this
A New 'And Just Like That' Table Read Pic Confirms A Key Character's Return
By Jack Irvin and Grace Wehniainen
This 'Gossip Girl' Wardrobe Error Has Gone Viral On TikTok
By Alyssa Lapid
At 28, Rosie Perez Risked Her Career To Stop Playing Stereotypes
By Gabrielle Bondi
At 28, Debra Jo Rupp Was Living A Much Different '70s Show
By Grace Wehniainen
Get Even More From Bustle — Sign Up For The Newsletter
From hair trends to relationship advice, our daily newsletter has everything you need to sound like a person who’s on TikTok, even if you aren’t.