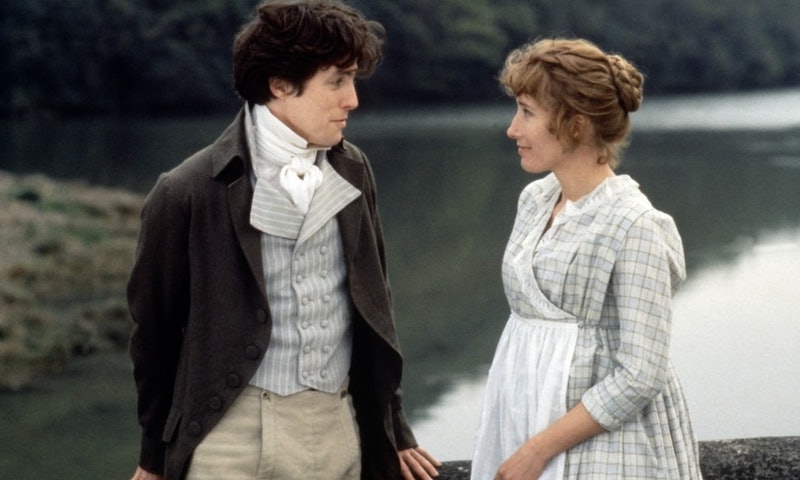 Has there ever been an author more perfectly cut from the pages of her own novels than Jane Austen? Definitely not if this article from The New York Times detailing her first ever book sale is any indication. Let's start from the beginning. Much like her free-spirited and brainy heroines, including one Elizabeth Bennet, Jane Austen was clearly not afraid to speak her mind — not even when it had to do with her blatant dislike of the Prince Regent. Apparently, back in the early 1800's, the Prince Regent was widely disapproved of by many, thanks to his various scandalous undertakings and his reported gluttony, profligacy and infidelities. Basically, he was a living, breathing TMZ headline just waiting to hit the front page, and Austen was not at all about it. According to The Times she even wrote a letter railing against the prince in 1813, resulting in her being strong-armed into dedicating her 1815 novel, Emma, to the future George IV.

But now there is a new addition to Austen's legendary side-eyeing of the Prince Regent, and it's just the sort of dramatic literary twist that could have come straight out of the pages of one of her own books. Apparently, the prince whom Austen so publicly loathed was actually the first person to ever buy a copy of one of her books.

Jennifer Schuessler reports in The Times:

"This month a graduate student working in the Royal Archives in Windsor Castle came across a previously unknown 1811 bill of sale from a London bookseller, charging the Prince Regent 15 shillings for a copy of Sense and Sensibility, Austen’s first novel. Oddly, the transaction took place two days before the book’s first public advertisement — making it what scholars believe to be the first documented sale of an Austen book."

OK, so there is probably no author in the world who would choose for their sworn enemy to be the very first person to get their hands on a copy of their debut novel, but something tells me that Austen would have reveled in this particular bit of information. The article goes on to say that the unsavory prince — who became regent during the mental illness of George III — paid full price for the book. So we know the bookseller didn't feel inclined to give the prince any special treatment, either.

According to The Times, the bill of sale for “Sense and Sensibility” was discovered by Nicholas Foretek, a first-year Ph.D student in history at the University of Pennsylvania. He is quoted in the article, saying:

“Quite frankly, I was delighted that a man with as many foibles and flaws as the Prince was reading Jane Austen,” he said.

See, even a veritable bro, Regency Era royalty or not, can't resist diving into a Jane Austen romance every now and again.