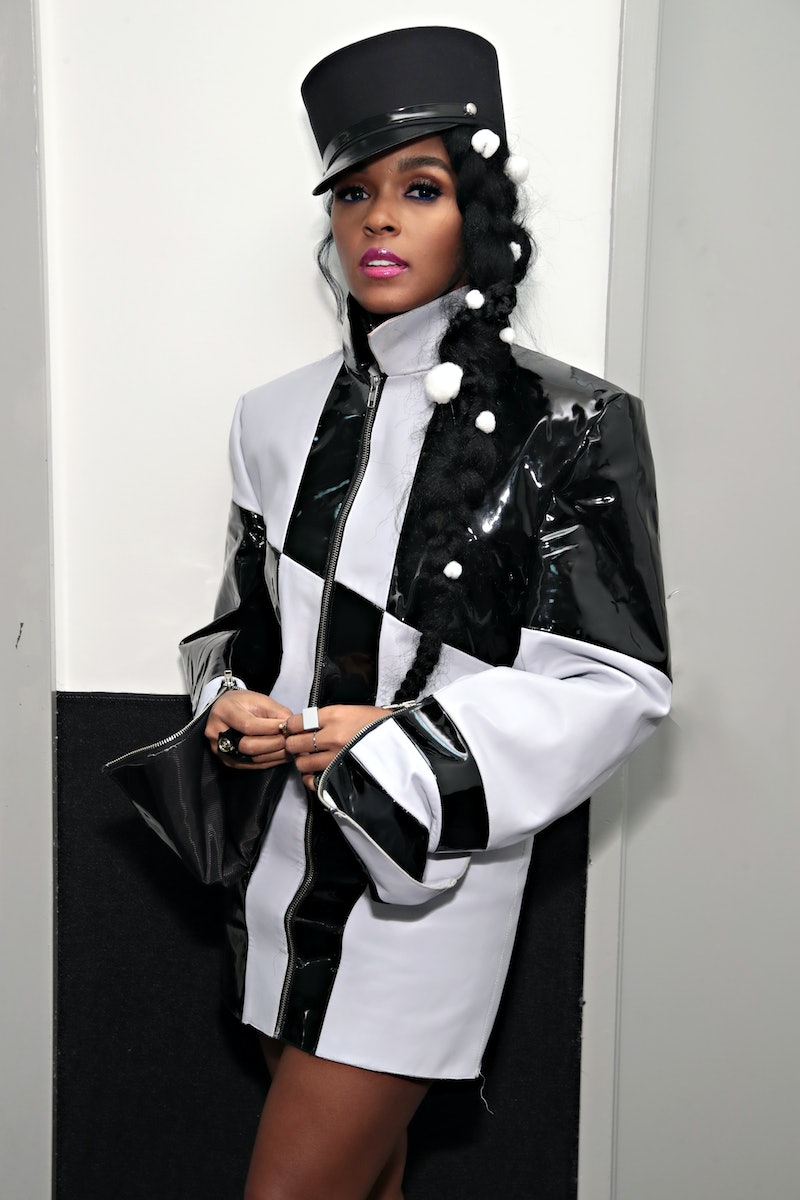 As a singer, songwriter, producer, actor and champion for social justice, Janelle Monáe has become a major voice in Hollywood and beyond. Through her platform, the 33-year-old entertainer has remained steadfast in drawing attention to, not only the struggles of women, but also the LGBTQ community and the never ending fight for equal rights. While her work most often brings about positive conversations surrounding change, Monae's upcoming role in the Gloria Steinem biopic offers hope that the project will not be an account of white feminism, but a discourse on the intersectionality and marginalization of women on a whole.

The film, which The Hollywood Reporter reveals will be entitled The Glorias: A Life on the Road, places Monáe alongside Julianne Moore and Alicia Vikander, who both portray Steinem at various points in her career. The outlet notes that Monáe will star opposite Vikander in the role of Dorothy Pitman Hughes, the human rights activist that co-founded Ms. Magazine with Steinem in 1971. As a team, Pitman-Hughes and Steinem fought to raise awareness of gender, race and class issues throughout much of the '70s. Realizing that the topic of feminism was not solely an issue limited to the white middle class, the pair worked tirelessly to widen the public image of the women's movement, helping to create a space for both gender and racial inequality.

Monáe's portrayal of Pitman-Hughes seems to be quite befitting for the multi-talented star and her advocacy for human rights. In 2017, the entertainer stood beside Steinem, as they along with Planned Parenthood president Cecile Richards were jointly acknowledged as recipients of the year's CFDA Board of Directors’ Tribute.

During that time, CEO of the CFDA Steven Kolb told Vanity Fair:

"The award reflects a sentiment designers are feeling on women’s empowerment. Gloria Steinem, Cecile Richards, and Janelle Monáe are each strong alone, but as a multi-generational group, they send a powerful message that style comes from action.”

Deadline points out that Monáe's call for an end to discrimination, inequality, harassment and the abuse of power in the music industry at the 60th Grammy Awards earlier this year was one of the most powerful moments of the 2018 awards season. Monáe addressed the crowd amidst a segue into Kesha's performance that evening, saying:

“Tonight, I am proud to stand in solidarity as not just an artist, but a young woman with my fellow sisters in this room who make up the music industry. We are also daughters, wives, mothers and human beings. We come in peace, but we mean business. And to those who would dare try and silence us, we offer you two words: Time’s Up.”

Intersectional feminism is a topic which seems to hit particularly close to home for the "PYNK" performer. In an April 2018 interview with Rolling Stone, Monáe openly discussed her sexuality, revealing for the first time that identified with both bisexuality and pansexuality. She told the mag,

"Being a queer black woman in America... someone who has been in relationships with both men and women – I consider myself to be a free-ass motherf*cker.”

A release date for The Glorias: A Life on the Road has not been set as of yet. However, Deadline shares that filming is slated to start January in Savannah, GA.

Monáe's rise to mainstream stardom has been on a steep incline over the past few years. In 2016, she appeared in the critically-acclaimed films, Hidden Figures and Moonlight while simultaneously continuing a successful career in music. New of her new film role comes on the heels of the announcement that Monae's third studio album Dirty Computer received two Grammy Award nominations, including Album of the Year for 2018. In addition to The Glorias, Monáe is reportedly starring in a forthcoming Harriet Tubman biopic, and is due to appear alongside Steve Carrell and Leslie Mann in the soon-to-be released, Welcome to Marwen. She will also lend her voice to Disney’s live-action version of Lady and the Tramp, according to Variety.

With her career soaring to new heights, Janelle Monáe's light is certainly shining brighter than ever. That said, there seems that there's no person better fit for the job of playing an iconic pioneer of the feminist movement.