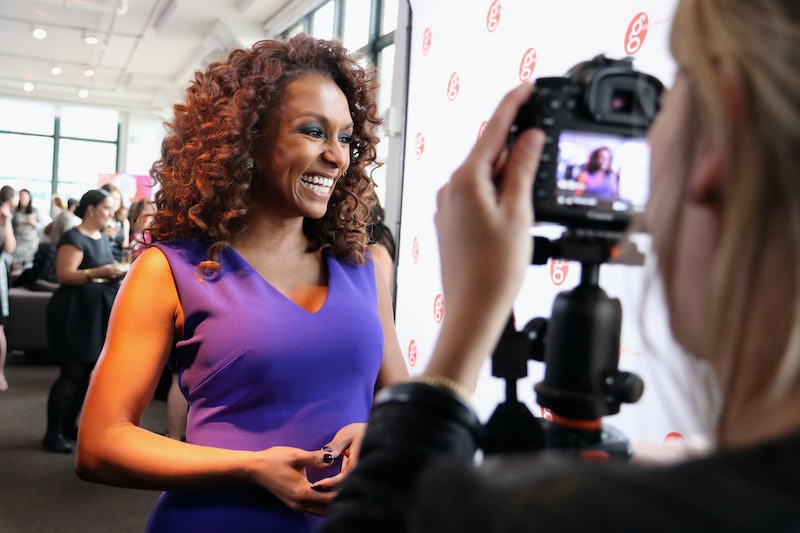 Transgender rights activist, author, and MSNBC host Janet Mock spoke at the Women's March on Washington on Saturday and delivered a powerful speech to the crowd, standing up for the rights of women, LGBTQ people, and people of color. Mock expressed in her Women's March speech that people put their anger into starting an "intersectional and inclusive" movement, and her remarks are incredibly inspiring. "We are not here to merely gather, but to move," she told the crowd. "Our movement requires us to do more than just show up and say the right words."

But Mock's remarks were definitely ones that got the crowd fired up. She continued,

In her speech, Mock described her own diverse background (her mother is native Hawaiian, her father is a black veteran from Texas) and she "unapologetically proclaimed" that she is a "trans woman, writer, activist, revolutionary of color" and the crowd roared with cheers and applause. Mock then saluted those who fought for rights before her, such as Sojourner Truth and Sylvia Rivera, and spread the message that she stands with everyone in the community.

"I stand here today, most of all, because I am my sister's keeper," the activist told the crowd in her speech. Mock continued,

Later in the speech, she issued a call to action to keep the spirit of the march — and the resulting movement — alive. She said, "Our liberation depends on all of us. All of us returning to our homes and using this experience — and all of the experiences that have shaped us — to act, to organize, to resist."

Watch the full speech in the video above and prepare to feel inspired.