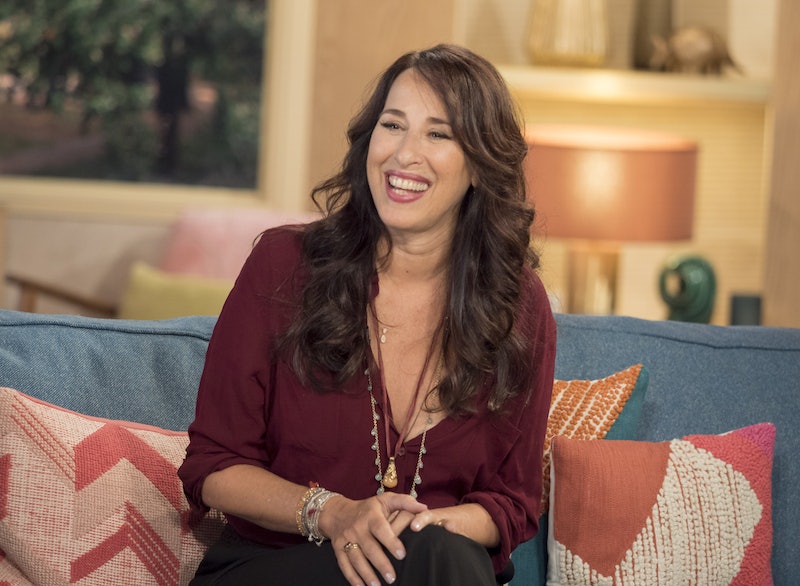 For many, the U.S. sitcom Friends was the defining television show of a generation. The '90s classic, which ran for ten seasons between 1994 and 2004, provided viewers with an array of iconic moments ranging from the show's theme song, to world-famous catchphrases such as "how you doin'?" — but one of the most memorable moments in the sitcom's ten year history did not arise from the main cast, but from the loveable (albeit, incredibly annoying) Janice. Fans of the show will remember Janice as Chandler's loud ex-girlfriend, and the star has revealed what inspired Janice from Friends' distinctive laugh.

During an appearance on BBC Radio 5 Live, actress Maggie Wheeler, who played Janice in the legendary series, revealed how the laugh came to be. And, according to Digital Spy, Wheeler revealed that Flipper, Woody the Woodpecker, and 1970s character Arnold Horshack — who appeared in the sitcom Welcome Back, Kotter — were all instrumental in its creation. Speaking to host Emma Barnett, the 57-year-old said:

"There was a character called Arnold Horshack and he used to laugh and he would say (laughs). Then I grew up watching Flipper which was a fantastic show about a dolphin, and I was in love with that dolphin and of course the dolphin sounds like a dolphin. So I sort of say she's a combination of Arnold Horshack and Flipper and Woody the Woodpecker."

The actress, who recently appeared in the U.S. version of the TV series Shameless, went on to reveal how her much-loved chuckle ended up saving her from cracking up whilst on set. She added: "So I don't know, I think Janice was some kind of conglomeration that I invented on the day. That laugh was a really organic life-saver because Matthew Perry was so funny and I had to work with him and I knew he was going to crack me up, and I knew that if Janice couldn't laugh on set or laugh at that moment, I knew I was going to be in big trouble and that is why that laugh exists."

Despite only appearing as a supporting member of the Friends cast, the character of Janice appeared pretty frequently throughout the show's decade-long run. During her time on the show, Janice dated both Chandler and Ross, ended up on the same labour ward as Rachel, and her last appearance came in the final season, when Janice considered purchasing the house next door to Monica and Chandler, reports the Metro. If you're looking to get reacquainted with the "friends" you can do so on Comedy Central UK, who air episodes daily, and of course on Netflix — who famously purchased the rights to the U.S. sitcom for a staggering $100 million.

According to the New York Times, there were rumours that the sitcom would be removed from the streaming platform, however, Netflix later confirmed on Twitter that Friends would indeed remain on the service. The statement read: "The Holiday Armadillo has granted your wish: Friends will still be there for you in the U.S. throughout 2019." And given that our favourite '90s sitcom is still available to watch on the Netflix UK, it's safe to assume that this promise very much applies to us too (phew).