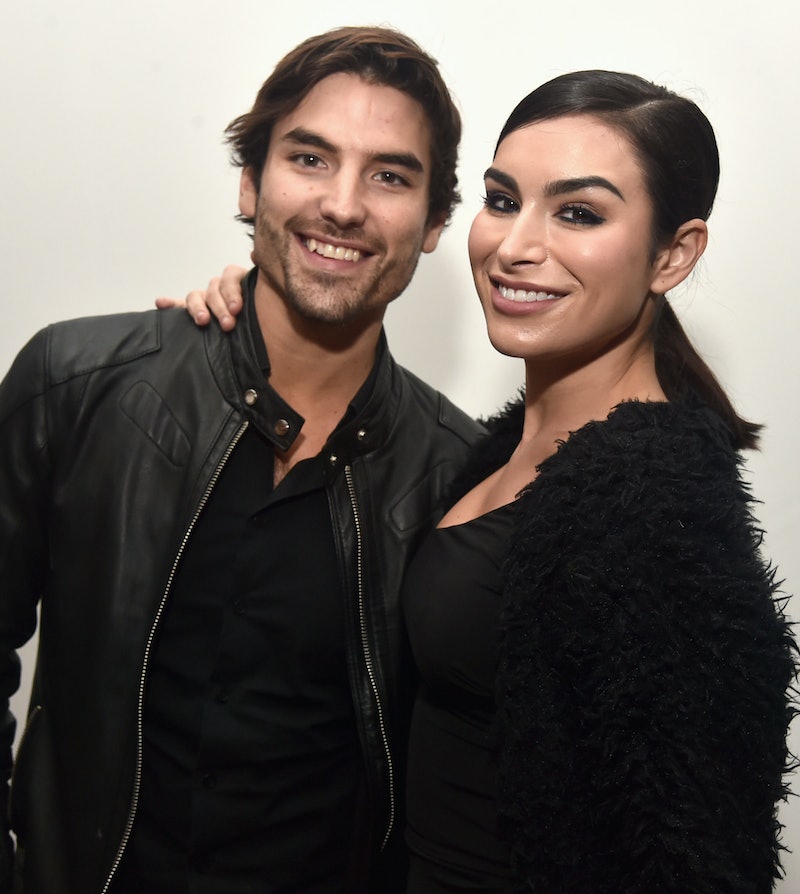 As expected, the Super Bowl sparked plenty of conversation during and after the big game. There are even members of Bachelor Nation that couldn't help getting emotional over the New England Patriots' victory against the Los Angeles Rams. Jared Haibon and Ashley Iaconetti attended the Super Bowl together, and it was more meaningful for the couple than you'd think. Yes, there is a Bachelor tie-in to almost everything — even football.

On Sunday, Jared posted a photo from inside the stadium and explained why the game was so special to him. He wrote,

It really was a full-circle moment for the Bachelor in Paradise alum, since the Pats did end up victorious yet again. After the game, Jared told his followers, "I’ll stop making this face when we stop winning Super Bowls #6thSuperBowl #StillHere #NeverLeft."

Ashley truly has embraced the Patriots fandom. In a post from outside the stadium, Ashley wrote on Instagram, "Let me live and support my fiancé’s greatest passion." That is actually a pretty big deal considering that Ashley described herself as a "born and raised a New York Giants fan" in a Feb. 1 article that she wrote for Playboy.

So what does she think about her man's love for the Patriots? In that same article, Ashley admitted,

"Maybe I’ve been brainwashed and joined the cult, but y'know, when people exude so much passion and energy for something, it’s hard to turn away from the light."

She clarified, "I still root for the Giants, first and foremost, but when they’re not in it, and when their placement isn’t affected by Patriots wins, I feel guilt-free rooting for the Pats."

Football allegiances aside, it really was a special experience for Ashley to see Jared thriving in his element. She wrote in Playboy, "Jared and I are headed to Atlanta today for the Super Bowl. I’m most looking forward to seeing him in his version of heaven, and hearing his voice get to its highest octave with excitement."

She even poked at her infamous persona as the crying girl in the Bachelor franchise. She confessed in the Playboy article, "If the confetti falls to honor the Patriots' sixth Super Bowl victory, with a win over the Los Angeles Rams, I’ll probably cry happy tears."

Ashley did not document any crying on social media, but she did get a photograph of a confetti-filled moment to post with her followers. She shared a post-victory photo with Jared holding her up mid-makeout with the caption, "What a year!"

And it really was quite the year for these two. Ashley got an engagement ring, and Jared's team got yet another Super Bowl ring. It really seems like things are going their way — with happy tears only.