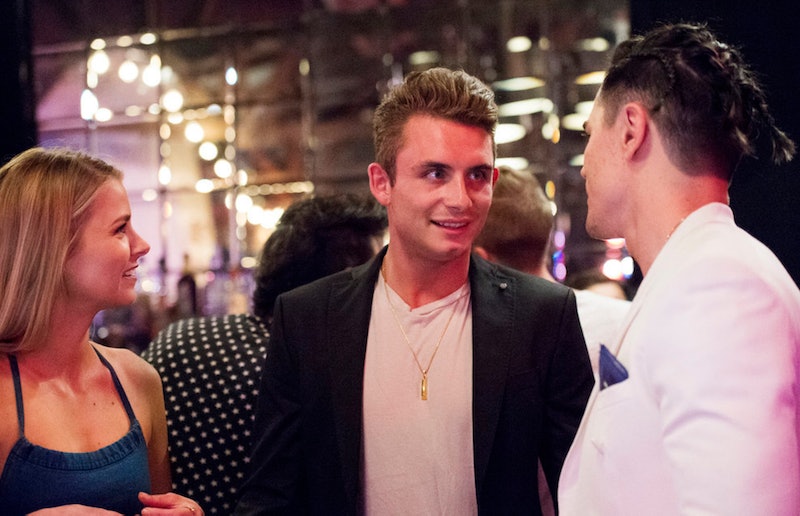 Prior to Monday's episode of Vanderpump Rules, this season had gone weeks without a major blowup. (Is that a record for this show?) Yeah, there was the paint store quarrel and the Taco Bell tower bridal shower argument, but it'd been ages since someone crumpled onto a bathroom floor into a puddle of drunk tears at a non-surprise birthday party; Ken and DJ James Kennedy's tense sidewalk confrontation was a lifetime ago. Well, this week's ep of Vanderpump Rules sure kicked things up several notches. And it is all thanks to James, Jax, Kristen, Scheana, Carter, Tom Sandoval, Ariana, Raquel, GG, and Ellie. The Siege At The Study was magnificent television.

Do you remember Ellie and GG? I know that storyline might be fuzzy; a lot of show has happened since we first heard Ellie and GG say James cheated on Raquel with them. But Pump Rules, perfect program that it is, never leaves a loose end untied. Which brings us to The Siege At The Study.

On Monday’s episode, Jax, Kristen, Scheana, and Carter decided to meet up with GG and Ellie at James' place of work. Their mission: revisit the GG and Ellie rumors and blow up James' spot for the zillionth time. Hey, the pots won’t stir themselves.