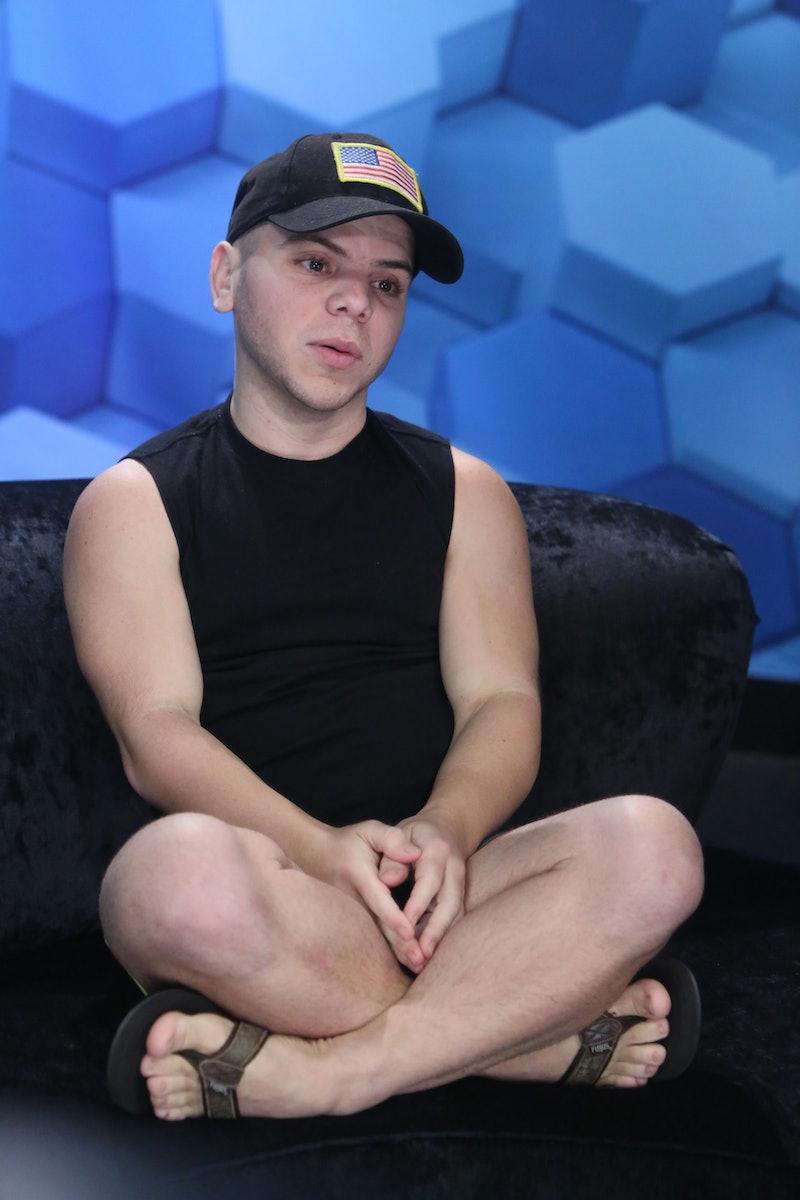 When JC Mounduix leaves the Big Brother house, this contestant will learn the hard way that no comments get past the show's dedicated audience. During a conversation with a few fellow houseguests, JC used the n-word on the Big Brother live feed, and fans who were quickly took to social media to call him out.

During an relatively casual chat between JC, Bayleigh, Faysal, and Scottie in the HOH room, the topic of conversation turned to JC's height. JC explained to others that although he is short, he is not considered a dwarf because the word is specifically connected to a medical condition known as dwarfism, which JC does not have. Bayleigh followed this by asking JC "What is the difference between a m***** and a dwarf?"

In explaining the difference, JC said that "M***** is like saying like ... It be like, I don’t know, like 'gay' and 'f*****, or 'n*****' and 'black.'" Bayleigh immediately countered, "You're not allowed to say that. Don’t do that again." JC, in his own defense, claimed that his use of the n-word was fine because he was trying to explain something. Then the feeds cut away from the conversation. Bustle has reached out to CBS for comment.

This exchange has pushed Big Brother fans to express how they feel about a houseguest openly saying the n-word, and many fans on Twitter are calling out JC.

While many Big Brother fans on Twitter seem to overwhelmingly believe that JC was in the wrong for his usage of the word, some voices on the r/bigbrother subreddit have the opposite opinion on the matter. User PowSuperMum posted "He wasn’t calling anyone the n-word. He was comparing how the word m***** could be offensive. I don’t see a problem using the word in the context of a discussion about offensive words." Others asked why people watching weren't getting equally angry at Bayleigh for the use of the m-word. User Scotianfish commented, "He could have just said 'n-word' I guess but he was making a comparison of how it is a slur and not the right terminology ... But will Bay get any flack for saying "m****t" ? Not likely."

The Little People of America site outlines, "The word “m*****” was never coined as the official term to identify people with dwarfism." The site also states, "Today, the word 'm*****' is considered a derogatory slur." Bayleigh did use a derogatory slur, but some have defended her, claiming that she was not aware that the m-word was a slur. JC responded to this by using the n-word in a conversation with a black woman, which many fans believe was wholly inappropriate and a step too far.

The conversation is only the latest example of JC courting controversy while in the Big Brother house. Earlier in the season, fans called out JC's alleged sexual harassment of other Big Brother houseguests which involved him attempting to touch an ice cream scoop to female houseguests' genitals while on camera. Footage reportedly of JC expressing support for Donald Trump has also rubbed some Big Brother fans the wrong way, especially in the wake of his use of the n-word given Trump's history of racist comments.

JC has been a subject of criticism and outrage time and time again in the Big Brother house, and it hasn't even been a full month yet. While this conversation was a valuable lesson for anyone in the house who was still uncertain about how hurtful the m-word could be, it also showed that JC has some learning to do when it comes to how his language and actions affect his houseguests and the Big Brother audience.