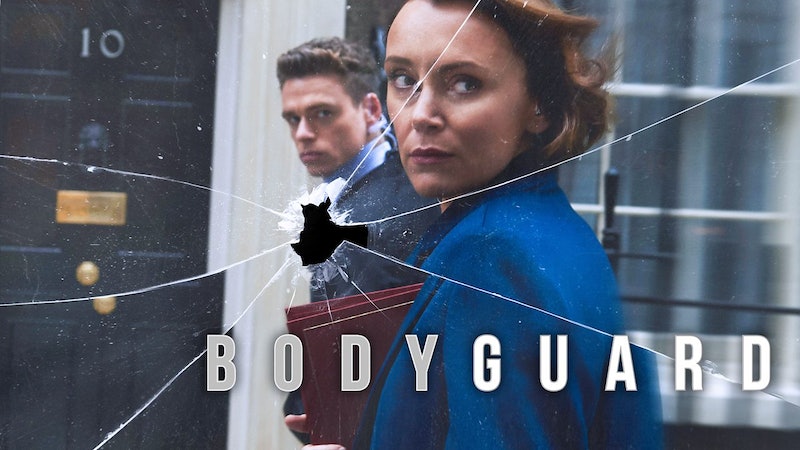 Last year one show in particular had everyone staring at the TV screen. In a time of streaming sites that drop whole seasons at once, it is rare to get a show that has fans tuning in weekly, desperate to find out what happened or whodunnit. Bodyguard was that show and guys, it was so effing lit I cannot even. One of those shows that has you on the edge of your actual seat and may or may not cause actual rolling anxiety attacks. Gagging for more? Me too. So news that Season 2 of Bodyguard is in the works will have fans excited AF.

So the news has come down from the big boss himself, the don, and the mind behind not only Bodyguard but also Line Of Duty — Jed Mercurio. The Hollywood Reporter reports that Mercurio spoke at the Banff World Media Festival, confirming that he is very much in talks with the BBC about a second season. Swoon. However he also made it clear that the BBC hasn't yet officially commissioned a second season of the action. Speaking at the conference, of which he was the keynote speaker, Mercurio said it is very much in early stages.

"We're in talks. We're going through the logistics of it. There's no real update now".

So although Mercurio isn't saying much on the potential plot for a second season, Richard Madden who plays David Budd was a bit more chatty on the topic when he spoke at a Netflix event in Los Angeles. Digital Spy reports that Madden and Mercurio agree that fans won't be seeing anything uber soon.

"We've been talking about it and I spoke to Jed about a month after the show had finished airing over in the UK and we sat and decided, 'Let's give it at least a year while we work out how to do something better'".

Madden, who won a Golden Globe for his work on the show, added that above all, poor old Budd will probably deserve a holiday after all that drama. Not to mention the notoriety that realistically he will have gained after becoming the UK's most wanted villain and then the biggest hero, in quick succession.

"You cannot jump into it. David Budd definitely needs a vacation after that. He's not going to go back to work, is he? Me and Jed both agree that there's something much more interesting in 'let's catch up with him 18 months later, two years later after this has happened and say where is he now? What's happened to him?'"

Madden also spoke about enjoying being "in his head" and that there is a lot more to be told about this character.

"I think there's a really exciting story in there and I'd be keen to see what Jed comes up with".

And he didn't say it but I am not being funny, but at no point was Keeley Hawes character's dead body shown. Yes, you heard me, Julia Montague was in no point dead on screen. As a matter of fact, Hawes spoke to the Guardian and revealed people still ask her all the time if her character is really dead. Proving that never has there been such a case of denial since Dumbledore died, she shared that someone had even asked her that very morning.

Although there is no confirmation on a second season, as if the BBC are going to miss out on a second shot of their most successful drama of all time. Well, here's hoping.