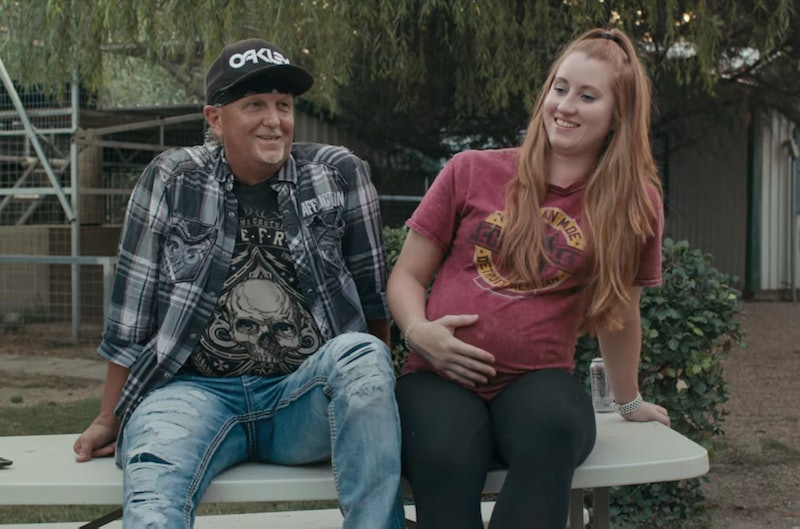 Netflix’s Tiger King: Murder, Mayhem, and Madness has gifted the masses with some eccentric breakout stars. Between the tattooed John Finlay and the western-esque Rick Kirkham (whose signature black hat evokes Ed Harris as the “Man in Black” in HBO’s Westworld), another Tiger King persona has captivated viewers: Jeff Lowe’s nanny Masha Diduk, a model featured at the end of the docuseries that catapulted wildlife park owner Joe Exotic (real name Joseph Maldonado-Passage) and the employees of Oklahoma’s Greater Wynnewood Exotic Animal Park into fame.

So, where is Diduk after the events of Tiger King? Per The Tiger King and I, the after-show episode released on April 12, Diduk still works for the Lowe family. When host Joel McHale asked for an update about the nanny, Jeff and his wife, Lauren Lowe, revealed that Diduk still looks after their young daughter, Sarah. Diduk was introduced toward the end of the docuseries, when Jeff and a then-pregnant Lauren discussed plans to bring on a nanny once their daughter was born.

“I said, ‘You can get a nanny as long as I get to pick her,’” Jeff told the camera crew in the final episode. “If you’re going to bring anyone, why bring anyone that’s not enjoyable to look at?” They soon hired Diduk, a model they met in Las Vegas during one of their tiger cub trips documented in the docuseries. During the after-show, Jeff told McHale that Diduk is doing “excellent” and Lauren added, “She’s hot.”

In an interview with TMZ on April 5, Diduk said she was hired to work part-time by the Lowes last September while the duo worked during the zoo’s business hours. Since modeling work in Vegas has been sparse due to the global coronavirus pandemic — and since the Lowe family has been occupied with moving the zoo to a new location — Diduk said she’s still been watching Sarah.

Per her Instagram page, Diduk is a model repped by Genetics Model Management, Vie Model & Talent Agency, and MMG New York. She has a page on Souler, a commerce platform to shop luxury brands from influencers that sells men’s and women’s fashion. On her Instagram, Diduk also has a Tiger King Highlight that chronicles her arrival at the zoo. In the Stories, she meets with tigers, lions, and sloths — as well as with Jeff and zoo employee Allen, allegedly a hitman hired to kill Carole Baskin.

To learn more about the whereabouts of the Lowes, Finlay, Kirkham, and more of the stars post-Tiger King, tune into The Tiger King and I available on Netflix now.