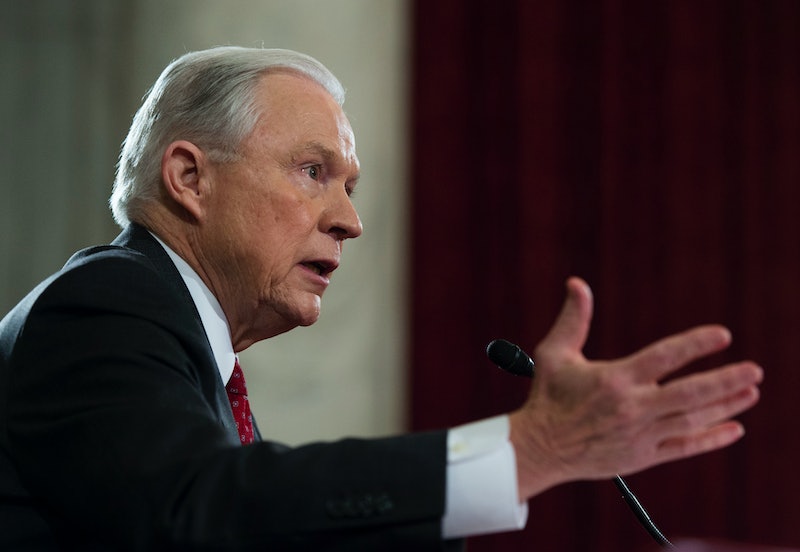 Day Two of Sen. Jeff Sessions' nomination hearings for Attorney General came to a close Wednesday. During these hearings, senators on the Judiciary Committee asked an array of questions on many topics, including women's rights. However, given Sessions' record of voting against women's rights issues, especially reproductive healthcare, the senator should have been held more accountable for his past votes on women's issues and should have more explicitly described how he would ensure that women's rights are protected should he become attorney general.

While it is understandable that only so many questions and follow-ups can be asked during a confirmation hearing, Sessions' abysmal record on women's advocacy as well as the fact that women constitute over half of the United States' population warranted a more intensive questioning regarding his stances on women's issues and his ability to hold up laws that may lie counter to these stances. Because these hearings are primarily about establishing a record to hold Sessions accountable for the future — since his confirmation is pretty much inevitable — the committee should have seized the opportunity to more robustly question Sessions on how he will help protect women and their rights.

For example, when Sessions was asked was whether he would ensure that Roe v. Wade was upheld, despite his previous references to the court case as a colossal mistake by the Supreme Court, he assured the Committee that he would uphold it, since it is the "law of the land." However, no further probing on the issue took place and there were no questions on whether Sessions' ardently pro-life views would make it too challenging for him to remain neutral and enforce laws that lie counter to his beliefs.

Furthermore, while Sessions was asked whether or not he believed that grabbing a woman by the genitals constituted sexual assault — he responded that it would even though in October, according to the Huffington Post, he said he did not "characterize [that] as sexual assault" — Sessions was not held accountable for why his views on the issue suddenly changed, and no further questioning was pursued.

Finally, while Sen. Patrick Leahy questioned Sessions about his previous egregious statements on the discrimination faced by women and minorities, particularly as it relates to federal hate crime legislation, Sessions' responses did not make it clear that he would enforce the law.

While members of the Senate Judiciary Committee did a good job questioning Sessions on many issues in a short amount of allocated time, it is unacceptable that Sessions was able to seemingly gloss over how he intends to ensure that women's rights are protected should he become attorney general. His seemingly canned responses likely provided little reassurance to women in the United States, and simply saying that you promise to enforce laws that you have spent your career fighting against is not good enough when trying to attain the highest legal office in the United States.

While a few questions from the Judiciary Committee and the Senate Democrats could have been pushed further to hold Sessions accountable, the onus is ultimately on Sessions himself. He owes it American women (and all Americans) to fully explain how he intends to protect and promote their rights in accordance with the law.