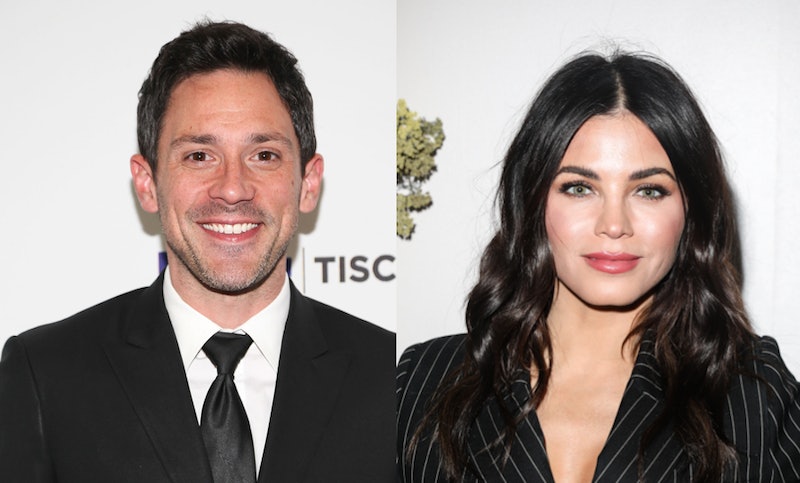 Jenna Dewan is stepping up her mom game. People confirmed on Tuesday, Sept. 24, that Jenna Dewan is pregnant with her second child — her first with boyfriend Steve Kazee. "We are beyond overjoyed and couldn't be happier to be expanding our family," the couple told People in a statement. This will be her second child and Kazee's first.

Dewan and Kazee have reportedly been dating for a bit over a year. People first reported on the couple in October of 2018, citing a source that claimed the two had "been dating for a couple of months." Still, despite the spotlight, the two managed to keep their budding romance relatively away from prying eyes in the press, with a few Instagram posts confirming their relationship. Kazee wrote a tribute to Dewan on his Instagram for Valentine's day, noting, "Jenna I don't know what I did to deserve your love but I will always be so thankful that our lives found their way to each other." Dewan, however, didn't feature Kazee on her Instagram page until June, when she shared a photo of the two getting cuddly with the caption, "Speaking of peace..."

Given their knack for privacy, it's not surprising that the couple didn't reveal anything else in their pregnancy announcement. And she hasn't posted yet about the news on her various social media accounts. Dewan has been known to keep a relatively low profile when it comes to her family life. The actor shares 6-year-old daughter Everly with her ex-husband, Channing Tatum, and while the child appears occasionally on her parents' Instagram pages, both are very careful not to show her face. So, it's unclear how much of this new pregnancy she'll share with the world.

It's unclear how Dewan, a Hollywood actor, and Kazee, a Tony-winning Broadway performer, first met, but, according to E! News, their relationship has always been strong. "Jenna and Steve are crazy about each other and have a great relationship," a source reportedly told E! News. "He is very mature and there's no drama. It's just easy and comfortable." The outlet also reported that Kazee has been spending plenty of time with Dewan's daughter, Everly. The three of them even went on an end-of-summer vacation together at the beach. "They were also very much focused on Everly and made their vacation a family one where she was the priority," a source told E! News. "Steve was amazing with Everly."

Dewan has previously spoken about how much she loves being a mother. Speaking to Us Weekly in May of 2018, she gushed, "Everly is the love of my life, I love being a mom." A month later, speaking to Women's Health, she defended herself from mom-shammers on the Internet who had criticized her for being "too sexy" on Instagram. "I think there's nothing sexier than becoming a mother. You give life. It's everything," she told the magazine, adding, "And you don't change who you are inside just because you have a kid."

The soon-to-be mother of two is definitely changing — no doubt a bump will make its debut soon — but she's not changing who she is for anyone. So, mommy-shammers might want to sit this one out.