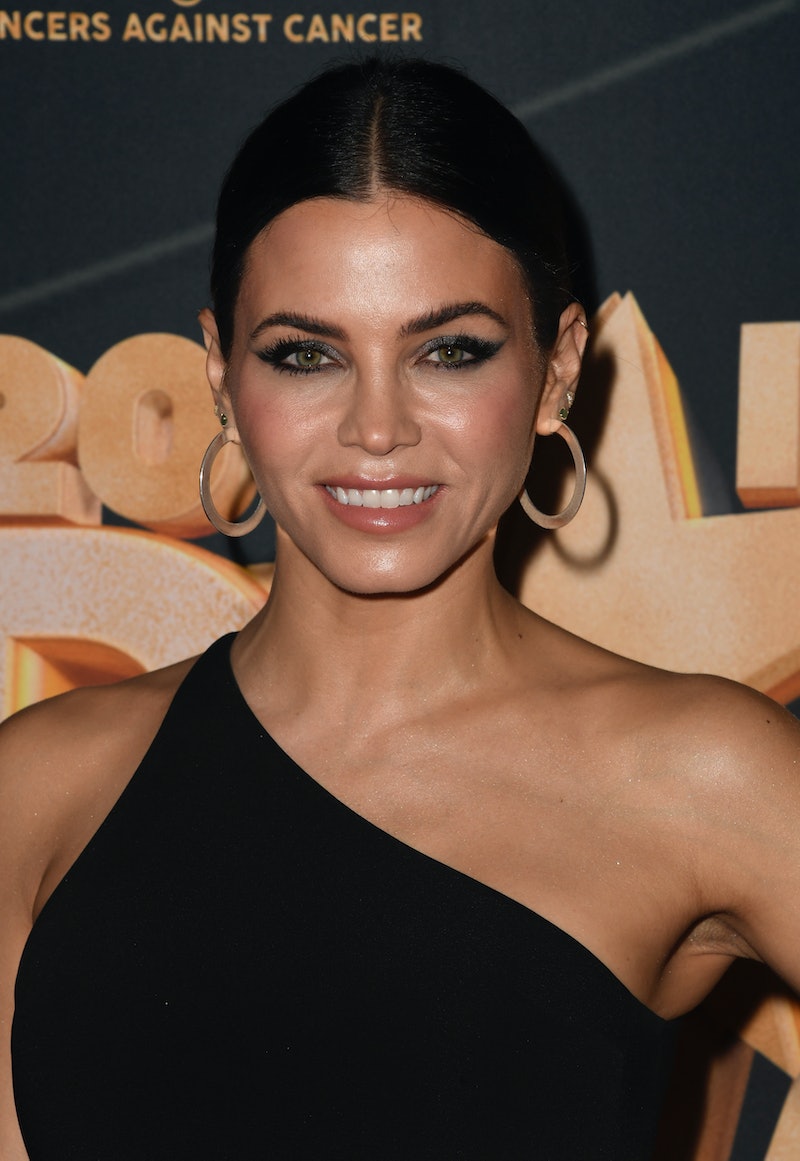 As everyone knows, there's a first time for everything. And Jenna Dewan just got to experience a major, NYC-approved first thanks to her boyfriend, Steve Kazee. According to Us Weekly, Jenna Dewan took the subway for the first time with her boyfriend, and she couldn't have been more excited about accomplishing that milestone.

During an interview with Access Hollywood on Aug. 13, the Step Up actor shared that her boyfriend encouraged her to try her hand at taking the wondrous, disorderly, oft-chaotic MTA transportation. And luckily for her, the experience went great. “My mom called me and was like, ‘Jenna, you’ve really never rode the subway?’ And I was, like, ‘No!’ I was convinced that if I was by myself riding the subway that I was going to go the wrong way or get lost,” she told the news outlet. Real talk, as someone who got lost on the subway their first time taking it, I can definitely relate to Dewan's worries.

“I just, like, wasn’t super comfortable," she continued, before adding that she got through the experience with Kazee right by her side, “But Steve was like, ‘No, we’re ending that on this trip. You’re riding the subway.’ Now I have the whole thing down, I know how to get the card and everything!”

Dewan previously recounted her subway riding experience when she co-hosted Live! with Kelly and Ryan on Aug. 5, per Just Jared. On the program, she told Ryan Seacrest that in between attending Broadway shows and visiting some NYC hotspots, she rode the subway for the very first time with Kazee, who used to live in the Big Apple. “I did for the first time ride a subway. The subway, I should say. I felt like a real New Yorker,” she said, and continued to explain,

"We were just in Soho and then we had to come back uptown and I was like, ‘I want to ride the subway. I want to see this.’ Steve, he used to live here. He was like, ‘This is what we do.’”

In news that would be a surprise to many New Yorkers, Dewan even got to make some friends during her subway experience, thanks to her passion for dancing. "But I made friends. There was someone on the subway who was a dancer and doing a show,” she added, “We were up dancing. I had a great time.”

Thankfully, Dewan got to lean on Kazee for support during the experience. The couple were first linked together back in October 2018, according to The Blast. As People also noted at the time, the two had “been dating for a couple [of] months and she’s really happy.” The news came about six months after the dancer announced her split from Channing Tatum, with whom she shares a daughter, Everly.

Clearly, Dewan and Kazee are moving right along in their relationship, as they've been going strong for about a year now. And based on this latest relationship update between the two, it's safe to say that the couple that takes the subway together, stays together.