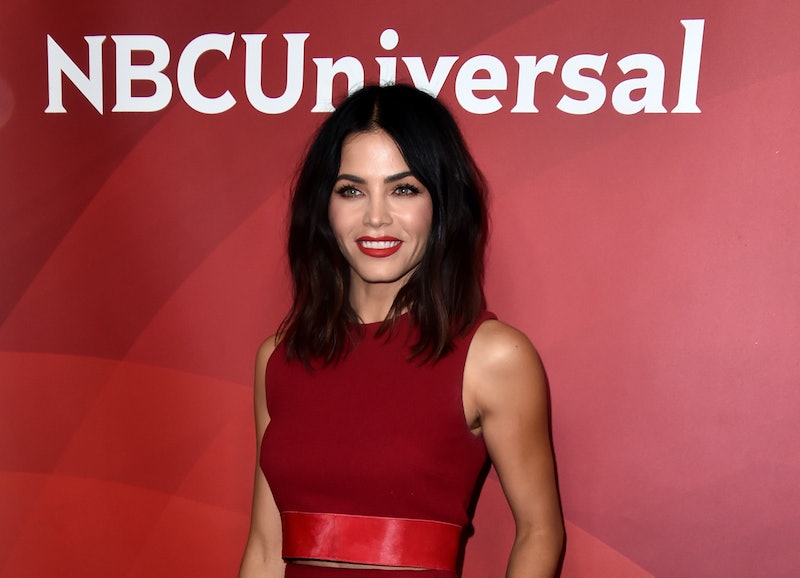 Jenna Dewan-Tatum has shattered my heart into a billion fedora-wearing pieces. On Sunday’s episode of Watch What Happens Live with Andy Cohen, the charming actor/dancer pulled a Lance Bass and said the legendary dance-off between Britney Spears and Justin Timberlake never happened. I'm not OK.

When a WWHL caller asked about Pinky and Stinky’s alleged dance battle, Dewan-Tatum insisted it did not take place; according to the World of Dance judge, that pivotal Britney Ever After scene was based on fable, not reality. It's a story that was, as she claimed, “made up by Us Weekly.” Dewan-Tatum confirmed to Andy Cohen that she did date Timberlake for a hot minute, but she was not the “rebound chick.” Contrary to what the ‘bloids said, her short-lived fling with JT did not spark the dance-off that never was.

When the rumored duel came up on the latest ep of Cohen’s late-night chat show, Dewan-Tatum said,

I mean, I get that she just wants to set the record straight, but it still stings. Why did Dewan-Tatum and Bass have to take the Brit Brit vs. JT dance battle away from us? Can we keep pretending like it is a thing that went down? Because I am not ready to let it go.

More like this
Britney Spears Set A Wedding Date With Fiancé Sam Asghari & Previewed Her Dress
By Bustle Editors
Hayden Panettiere Will Return For 'Scream 6': "We F*cking Won, Scream Fam"
By Jack Irvin and Jake Viswanath
Kim Cattrall Spilled All The Tea About Not Being In The 'Sex And The City' Reboot
By Radhika Menon
How 2 'American Idol' Singers Performed With COVID-19 & Made It Into The Top 5
By Jake Viswanath
Get Even More From Bustle — Sign Up For The Newsletter