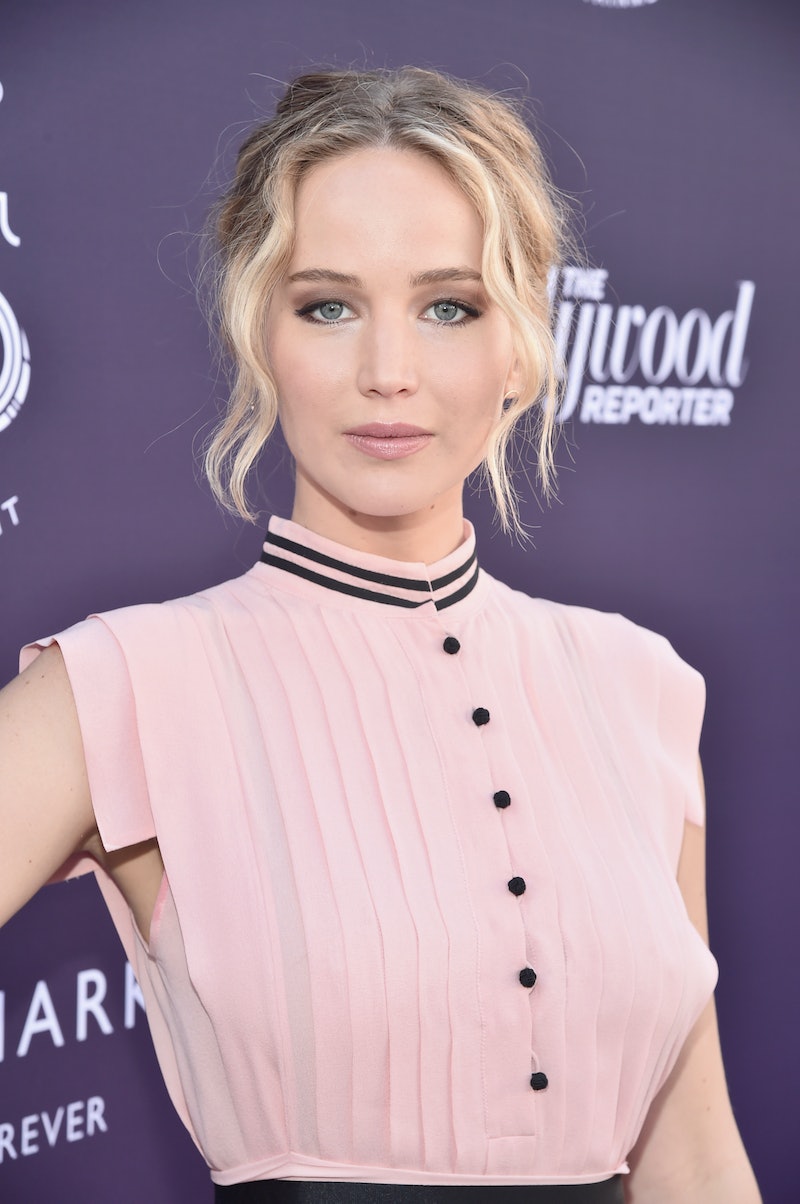 Jennifer Lawrence is an incredibly accomplished player in Hollywood, and she knew that it was exactly what she wanted at an incredibly early age. In an upcoming interview with 60 Minutes that airs this Sunday, Jennifer Lawrence shared that she dropped out of middle school when she was just 14 years old. The 27-year-old actor explained that as soon as she discovered acting she wanted to pursue the career and not let societal standards of education or even personal relationships stop her from achieving her goals. Is it any wonder she played Katniss Everdeen in the Hunger Games?

"I struggled through school," Lawrence told 60 Minutes host Bill Whitaker as shown in preview clip of the interview. "I never felt very smart." According to CBS, Lawrence was working as a model when she read her first script, and that was enough to put her on her current trajectory. Despite saying she struggled in academics, she felt like she could really understand movies.

"When I’m reading a script, and I feel like I know exactly what it would look like if somebody felt that way. That was a whole part of my brain that I didn’t know existed," she explained. "It’s something that I could be confident in, and I didn’t want to let it go." That feeling of confidence drove her to want to leave school and not let anything get in her way.

Though she was passionate about acting, she says that when she was young it was difficult for her to explain her choice to want to drop her studies before even walking into high school. On 60 Minutes, she described her parents as telling her, "You’re out of your mind." However, she felt sure she was doing the right thing. "It’s so hard to explain, it was just an overwhelming feeling of, ‘I get this. This is what I was meant to do.'"

Unlike many other performers who broke into the industry at a young age, Lawrence did not continue her formal education afterwards to get her GED. "I dropped out of middle school," Lawrence explained. "I don't technically have a GED or a diploma. I am self-educated."

Thirteen years later and it would seem that Lawrence is correct — this is what she was meant to do. Just four years after she dropped out of school, when she was 18 years old, she landed the lead role as an independent teenager struggling to survive in the harsh, rural Ozark Mountains in Missouri in Winter's Bone. Her performance landed her her first Oscar nomination. The character's similarities to Katniss in the Hunger Games book series — both characters live largely without adult supervision, hunt for their own food and skin animals, and take care of their younger siblings — made her the perfect fit to play the heroine in the blockbuster film adaptations.

In the years since Lawrence's big break, she has been nominated for the Academy Award for Best Actress an additional three times. She received nods for Joy (2016) and American Hustle (2014) and took home the Oscar for Silver Linings Playbook (2013). She also topped the Forbes list of highest-paid actresses for two consecutive years (2015, 2016), and was the third-highest (behind Emma Stone and Jennifer Aniston) in 2017, when she took home $24 million.

Lawrence has not let her lack of an education slow her down in other aspects of her life, either. In 2015 she wrote a powerful feminist essay in Lenny Letter about the gender wage gap. She is also a fierce activist for non-partisan, anti-corruption organization Represent.Us.

Perhaps it should come as no surprise then, that Lawrence says she does not regret the decision that she made to leave school. "I wanted to forge my own path," Lawrence told Whitaker. "I found what I wanted to do and I didn't want anything getting in the way of it. Even friends, for many years, were not as important to me as my career."

While it certainly wouldn't be recommended for most people to leave school at such a young age, Lawrence proves that there remains something to be said for believing in your abilities and listing to your heart.