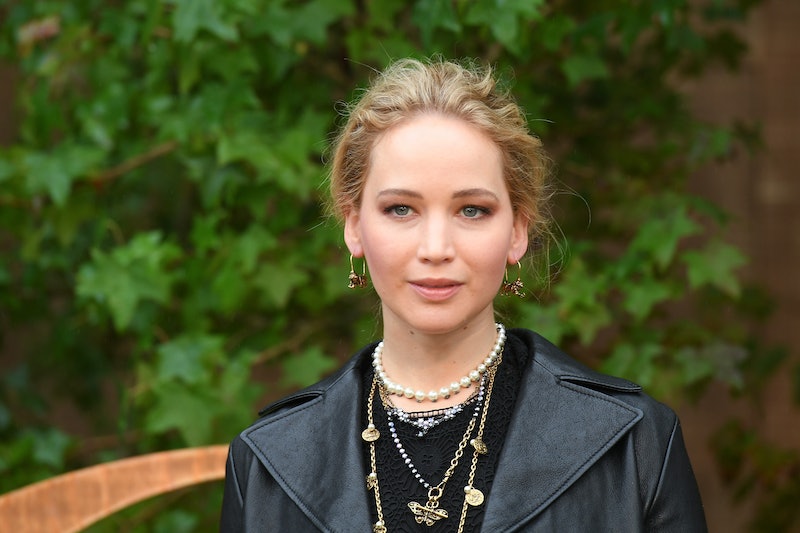 After years of staying off social media, Jennifer Lawrence has officially joined Twitter — but don't expect her feed to be filled with witty remarks or daily updates on her life. The actor joined for one reason only: to use her new platform to advocate for change within the criminal justice system. And her first order of business is to demand justice for Breonna Taylor.

The Hunger Games alum launched her new Twitter account, @JLawrence_RepUs, to actively support the election reform advocacy group Represent Us, of which she is a board member alongside actor Ed Helms and writer-director Adam McKay. Lawrence first tweeted on Tuesday, sharing a video of actor and fellow Represent Us council member Omar Epps discussing how America's criminal justice system is rife with corruption and actively targets the Black community.

Her second tweet, posted on Wednesday, June 17, was a personal statement from Lawrence asking that charges be brought against the police officers that killed Breonna Taylor on March 13. Myles Cosgrove, Jonathan Mattingly, and Brett Hankison have not been arrested since they shot Taylor eight times, killing her in her home, while investigating a separate suspect who had already been taken into custody hours earlier. The officers are still employed by the Louisville Metro Police, sparking outrage across the entire country.

As a Kentucky native, Lawrence said it was especially important to speak out. "As a Louisvillian, as a human being, I cannot be silent," she wrote. "I join all those who are speaking out against this grave injustice, calling upon Attorney General Daniel Cameron to take immediate action to hold those responsible for her death accountable." She warned the AG that the longer it takes for charges to be filed, the more trust will erode between citizens and public officials. "We must not allow the erasure of Black women to continue in America," she concluded.

Prior to her starting a verified Twitter account, Lawrence was not shy about her lack of social media. In 2014, she told BBC Radio 1 that she would "never get Twitter," saying that she couldn't even keep up with emails, yet alone tweets. She changed her tune four years later, telling InStyle in 2018 that she has social media accounts, but keeps them private. "I’m on it, but I’m a voyeur," she said. "I watch, I don’t speak." Now, she's speaking on only the most important causes in a true full-circle moment.

More like this
The 'Hocus Pocus' Sequel Finally Has A Release Date & It Makes Total Sense
By Shannon Barbour and Radhika Menon
Travis Alabanza On Not Fitting In
By Sam Ramsden
Rylan Clark Is Ready To Party
By Sam Ramsden
What Is Miles Teller's Net Worth? How The 'Top Gun: Maverick' Star Made His Millions
By Meg Walters
Get Even More From Bustle — Sign Up For The Newsletter