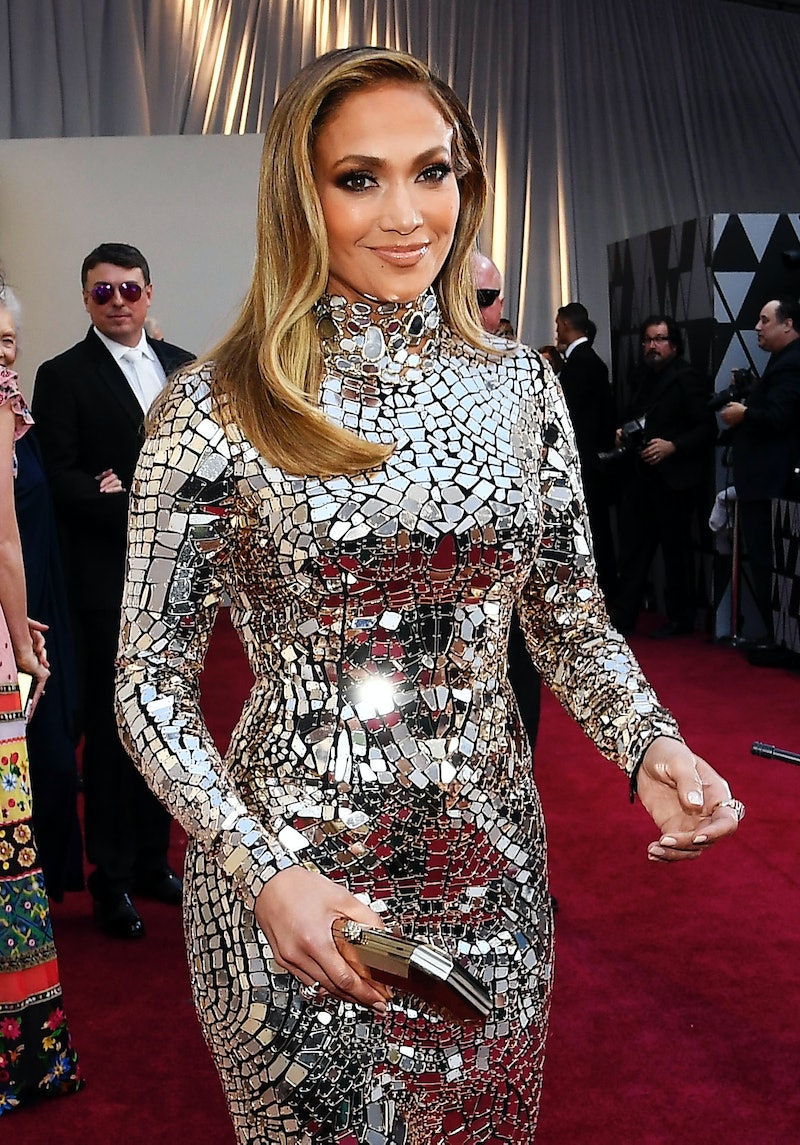 Jennifer Lopez is a true music icon and it seems that at least one of her daughters may be looking to follow in her vocally talented footsteps at some point down the line. During a recent interview with Entertainment Tonight, Lopez opened up about her daughter, Emme Maribel Muñiz, and how proud she is to see the skilled artist her 11-year-old is already becoming. "She's got her daddy's voice. She's amazing," the singer revealed to the outlet during rehearsals for her It's My Party Tour, giving her ex, Marc Anthony, credit for their daughter's talent. "It's natural. Emme could always sing."

In fact, Lopez can remember her daughter's love of music starting all the way back to when she was still just a baby. "I remember when she was in the crib, when she was a baby, she used to be humming, like, really humming to herself," Lopez recalled. "And Marc would say, 'She's singing, it feels good to her, it feels good to her soul and to her body,' because he was like that. I was like, 'You think she's singing?' And he was like, 'Yeah, yeah.' And he was right, and she's always, since she was little, she could always sing."

But, of course, this isn't the first we're hearing about Emme's musical inclinations. Earlier this month, Lopez shared a video of Emme singing Alicia Keys' hit song "If I Don't Have You" and her vocal talents are undeniable.

Could this mean that one day Emme will join her mother out on tour and take to the stage for a special cameo performance? Lopez hasn't completely ruled the possibility out, though, she ultimately leaves the decision up to Emme herself. "Only if she wants to," Lopez told ET. "Like, when she wanted to do the 'Limitless' video, I was very, very wary of letting her do it. But she was like, 'Please mom, don't pick another little girl. Pick me. I can do it.' And she did. She was amazing."

Emme has also been popping up in several of the rehearsal videos for her upcoming tour, which she's been posting on her YouTube page. So needless to say, her daughter is definitely getting firsthand experience about how much work and effort it takes to be in this competitive business.

But if Emme wants to ever join her on stage in the near future, Lopez would welcome her with open arms, telling ET:

That being said, Lopez also wants to make sure her daughter is completely aware of how difficult this line of work can be, both physically and emotionally. "It's a lot of scrutiny and you really put yourself out there in a way," Lopez stated. "And now, in this age of social media, where people can be so brutal and mean at times, I don't want her to put herself any more out there than she is. They're not on social media yet."

But as a singer and performer herself who was bit by the entertainment bug early on, Lopez knows that if Emme really wants to pursue this career, then there won't be any stopping her. "Listen, if she was going to do it, there's nothing I could do to stop her," Lopez remarked, while adding that she would be there to support her daughter 100 percent. "I would never push her in any direction," Lopez assured ET. "I'd always help her as much as I can and give her as much counsel and advice as I can and mentor in the best ways I know how to navigate."

Needless to say, if Emme does ever decide to follow in her mother's footsteps, she'll have a great mentor to help guide her along the way.