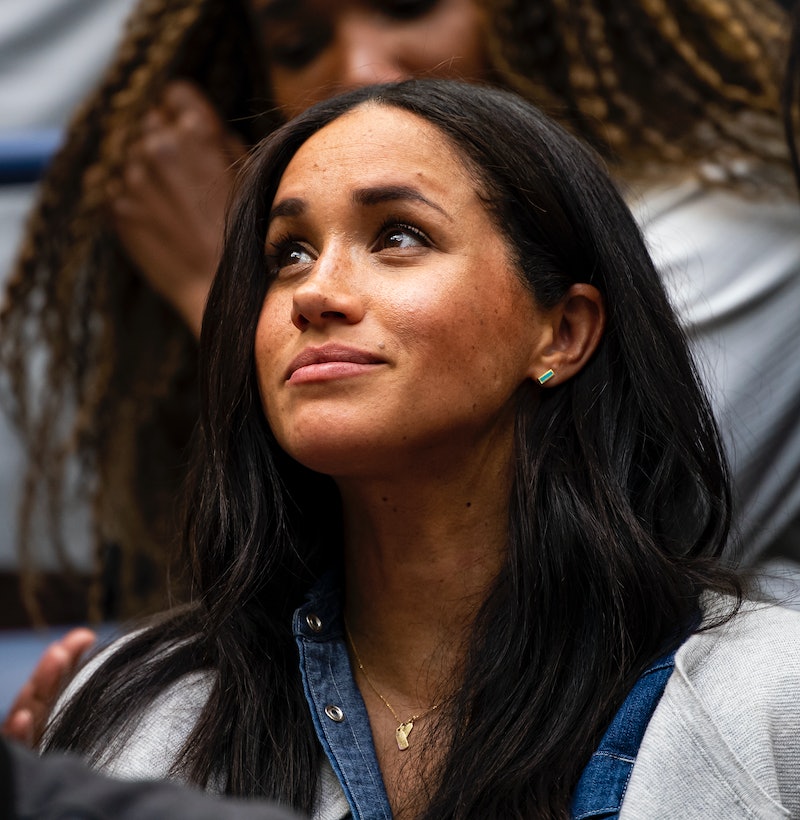 Meghan, Duchess of Sussex has a style that's influenced an entire generation. If Meghan is spotted in something the general public can get their hands on, it's guaranteed to sell out within hours. With this in mind, it's no wonder brands often publicise when Meghan has worn their wares. However, designer and friend of Meghan's, Jennifer Meyer, has been told to remove pictures of the royal wearing her jewellery from her website and Instagram due to their potentially "damaging nature."

Let's start from the beginning. Jennifer Meyer is a well-known jewellery designer who has many A-list friends, including Courtney Cox and Sara Foster. She also used to be married to Tobey Maguire. Meyer became friends with Meghan prior to her life as a royal, according to the Mirror.

Throughout the past year, Markle has been pictured between 10 to 12 times wearing pieces of jewellery designed by Meyer, proving she's a big fan of the brand. The designs she chose varied from a necklace that said the word 'Mummy,' to a pair of bar studs that she was spotted in at a U.S. Open tennis match.

Meyer chose to use many of these images on her Instagram and website, with direct links to the pieces Meghan was wearing. This is where the problem started. According to the Mirror, a few days ago, Meyer was reportedly asked to remove said photos due to their potentially "damaging nature" for Meghan and the royal family. The newspaper writes, "A senior Palace source confirmed Jennifer Meyer Jewellery was in breach of a non-disclosure agreement."

Another royal source told the Mirror: “Jennifer Meyer has been told to remove the images and in no uncertain terms how damaging this could be for Meghan and the Royal Family.”

Meyer appears to have listened the reported request, as 12 images from her page, all featuring of Meghan wearing her jewellery, have now been deleted, according to the Mirror. Looking at Meyer's Instagram now, no pictures of Meghan remain.

I have reached out to Jennifer Meyer's press team to see if they have any comment on the reports, but did not hear back ahead of publishing. I will update you with any new news.