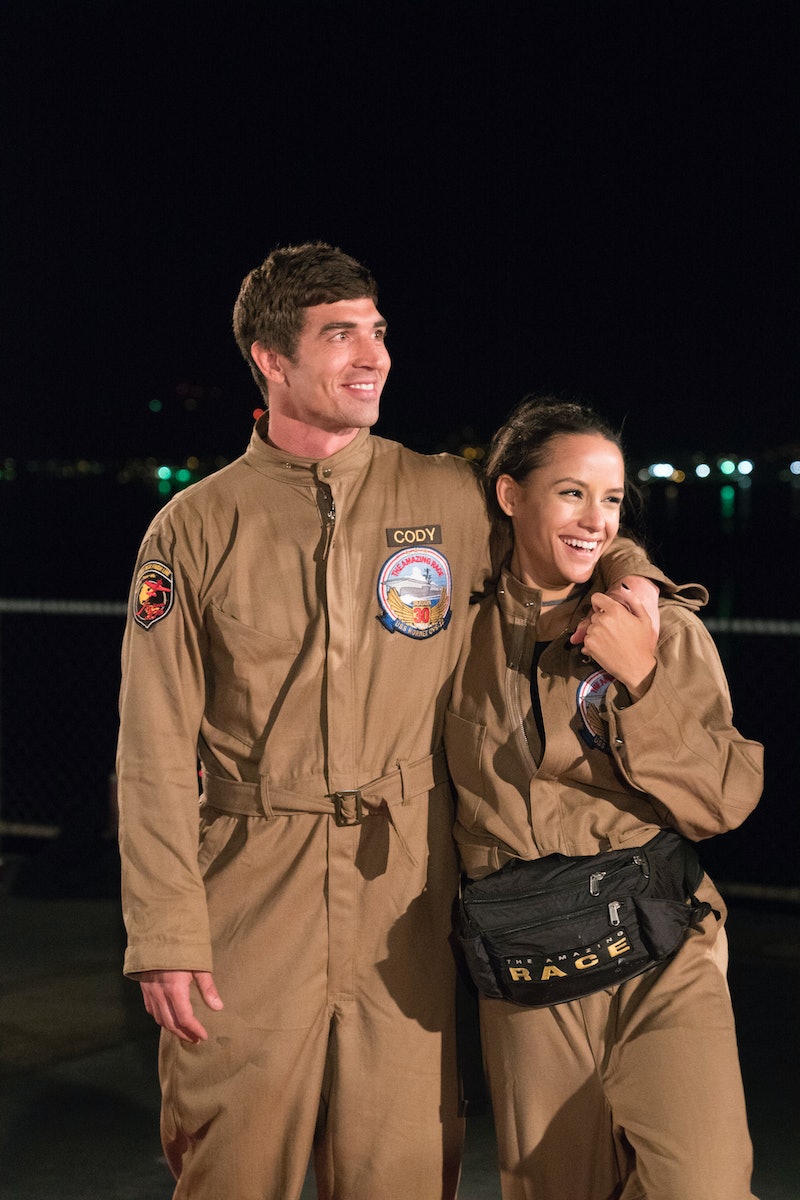 In Big Brother, the last houseguest standing wins half a million dollars, but some returning houseguests from Big Brother 19 proved that there are other prizes to be won in the house — like true love. Cody and Jess from BB19 returned to the Big Brother house to host a dating app-themed competition and announce that they would be getting married, proving that not all Big Brother showmances end when the season does.

It's still pretty early on in the season, but so far Big Brother 20 has proven to be pretty light on showmances. While there's undeniable chemistry between Bayleigh and Swaggy C, the fact that Swaggy may not be long for the Big Brother house indicates that the most visible showmance in the house is probably ending early. There seemed to be a spark between Faysal and Haleigh when the season started, but that hasn't turned into anything more as the season has gone on. There is the ambiguous case of Kaitlyn, who may be newly single, and has been flirting with male houseguests. But otherwise there are no real prospects for showmance fans to hang their hat onto yet.

Big Brother 20 may end up being the most unromantic season of Big Brother in recent history, as most recent seasons had powerful showmance couples make it to the end of the game. BB18 winner Nicole Franzel spent most of her winning season in a showmance, and managed to bring her showmance partner Corey to the final four, which helped her maneuver her way into a position to win the game by the season's end. While Cody and Jess didn't win their season, they won each other's hearts — not to mention a million dollars on The Amazing Race, which means they actually won more cash than they would've had one of them won Big Brother.

It's ironic that the game hosted by Cody and Jess could be responsible for the downfall of BB20's biggest showmance. After feeling like she lost her shot at a showmance with Faysal, Kaitlyn began working to sabotage the alliance that contained the two of them by backdooring Swaggy C. Most of this plan was concocted by Tyler, who sees Swaggy as a threat to his game, and went on to win the romance–themed POV competition. At the ceremony itself, Tyler opted to remove Scottie from the block, leaving Kaitlyn to tearfully put up Swaggy C to the disappointment and shock of her alliance members. With that, BB19's most enduring showmance accidentally facilitated the downfall of what could've been BB20's defining showmance between Swaggy C and Bayleigh.

However, just as all hope seemed lost for Cody after his first eviction in Big Brother 19, there may still be a chance for Swaggy to stay in the game. While Cody managed to rejoin his showmance partner by winning a Battle Back Showdown, Swaggy could be the recipient of a special power bestowed to one of his other houseguests.

If Swaggy does not manage to flip the house and get his fellow houseguests to vote out Winston, Sam could always use her Bonus Life power to bring him back. There's also a chance the Big Brother could do another Battle Back-style with the show's first few evictees. Either way, just because Swaggy gets voted out doesn't mean he's gone from the house just yet. Just like Jess and Cody – who were separated through evictions and Cody being holed up in jury when Jess re-entered the real world — Swaggy and Bayleigh could be re-united and maintain their throne as Big Brother 20's biggest showmance.