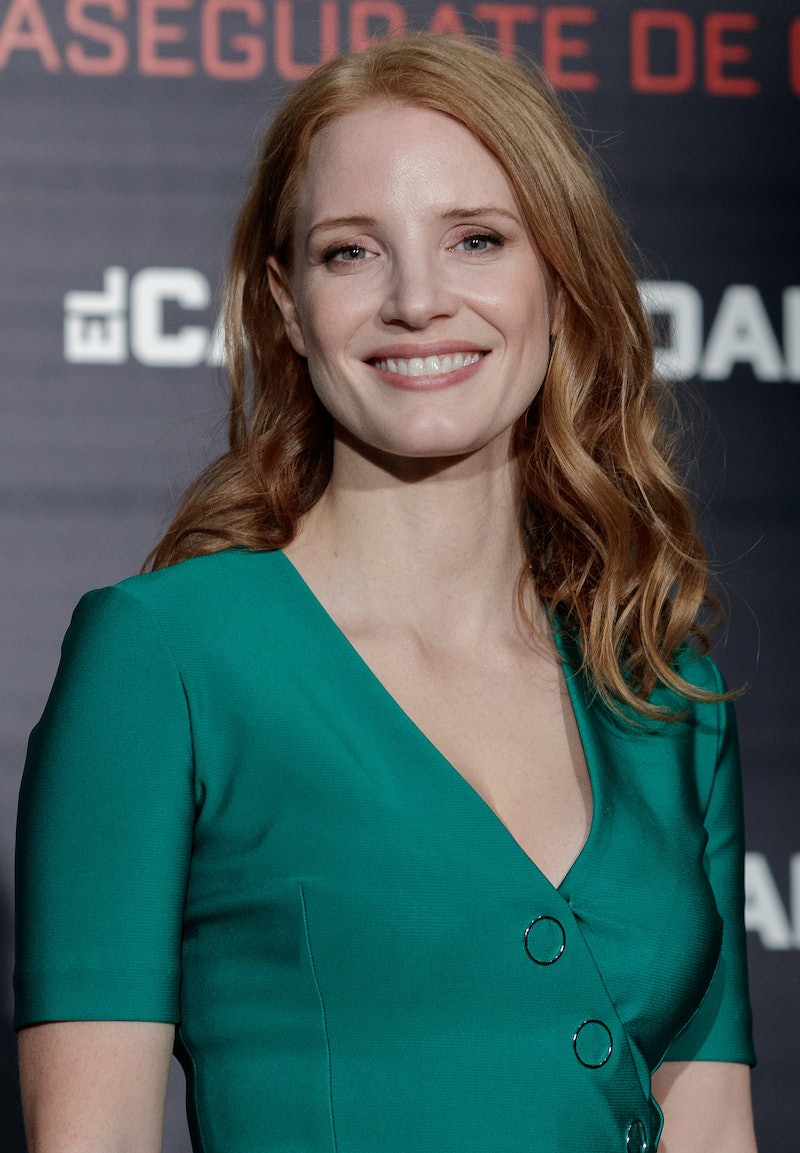 And the award for best interview reaction goes to Jessica Chastain's eye roll in response to a question related to Johnny Depp. In an interview with BBC News, the actor was asked about the recent allegation from his ex-business managers that Depp has his lines fed to him through an earpiece instead of memorizing them. As the BBC told Chastain about the alleged technique, her eyes nearly fell out of her head.

According to The Hollywood Reporter, this allegation about the Pirates of the Caribbean actor spending hundreds of thousands of dollars on a sound engineer to help feed him his lines was from an amended complaint his ex-managers made after the actor sued them for fraud. In a statement to THR, Depp's lawyer said in response to their claims, "This is how guilty people respond when confronted with the detailed results of a nine month legal and forensic investigation conducted by four firms."

But, even if the allegation is untrue when it comes to Depp, Chastain made clear how she feels about the idea of anyone being fed lines with a masterful eye roll. But what she said was even better: "I guess my technique is working hard."

That's right. The actor isn't doing anything other than applying herself to her job. She told the BBC that on the "weekends before I go into my work week, I memorize. I spend my entire day working on the script and the scenes I have coming ahead." And Chastain didn't say it like she thinks she deserves a medal. She says it like someone who knows that to be good at what she does, she has to put in that kind of time. It's a no brainer for her.

It's also unsurprising coming from Chastain, who has never been shy about how hard she works. In an interview with Backstage in March, she said, “I’m a true believer that you get out of something what you put into it." It's probably why the actor, who's made over 20 movies in the last six years, doesn't take kindly to slackers.

“I was the first one in my family to go to college,” Chastain told Backstage. “I felt this responsibility for that.” In the same interview, Chastain, who didn't finish high school for reading too much Shakespeare only to go on to Juilliard, said a teacher told her that “success is when luck and preparation meet.” She understands that doing what you love is a privilege that shouldn't be taken for granted, which is why she relies on preparation more than luck. And let's be honest, the idea of using an ear piece definitely feels like someone taking the job for granted. Or, worse, being disrespectful to those who work day in and day out to be able to make movies.

So, while this particular eye roll was related to a question about using an earpiece, it's really about anyone who thinks that they can get by doing half the work. Chastain won't stand for that and certainly won't sit by and ignore it. That eye roll is really for any person who works hard and doesn't have time for those who don't.