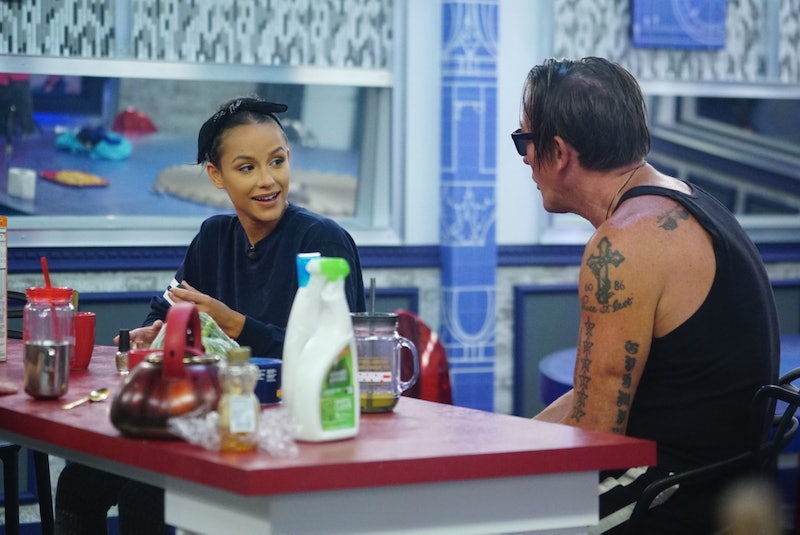 After weeks of being targeted for her showmance with Cody, Jessica finally got the boot from the Big Brother house. She had a solid run and as she said several times, it took the cast "half the show to get one of two people." After her kitchen blow up with Head of Household Josh, Jessica pretty much sealed her fate even though his original target for the week was Elena and he tried to tell her that several times. Jessica was evicted on Big Brother 19 in one of the least surprising votes ever.

As expected, Cody voted to keep Jessica, but since there were three people on the block, it should be noted that he voted for Raven to go home and that Elena got zero votes. That's right: every single person in the house voted Jess out of the house. So that had to sting at least a little bit.

Nevertheless, it got to a point where no one was at all surprised. Jessica pretty much guaranteed she'd be going home when she isolated herself after losing the veto instead of campaigning to get Elena or Raven evicted instead. And then of course, that fight with Cody was the final straw.

She did what she could and even won a temptation and an HOH, but ultimately Jessica's alliance/romance with Cody made her an outcast in the house and her temper definitely didn't help matters.

At the same time though it is pretty sad that someone who tried so hard to play the game got out before people who have done absolutely nothing other than coast and migrate to whoever has the power for the week. Now that Jess is gone and didn't even make it into the jury house, all eyes will be on Cody and his behavior. He is definitely going to be out to avenge her honor.