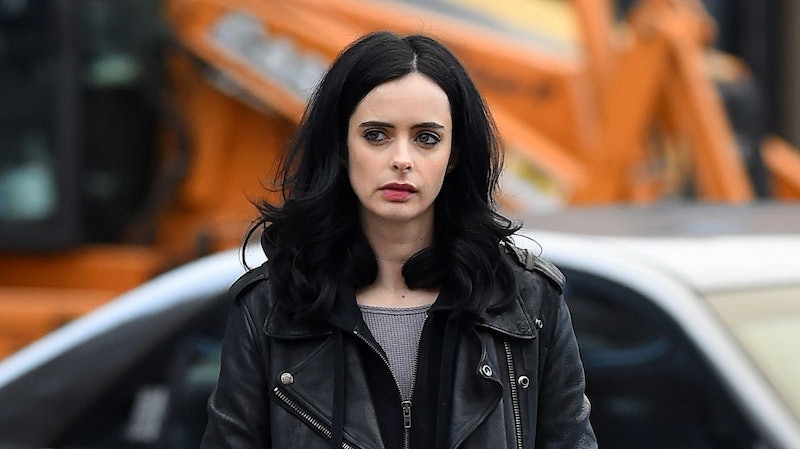 Jessica Jones is about to face her biggest challenge yet: popularity. In an interview with Entertainment Weekly, star Krysten Ritter opened up about Jessica Jones' role in The Defenders, and how drastically her life has changed since Season 1 ended. While Luke Cage was defending Harlem and Daredevil was flirting with Elektra, Jessica was dealing with becoming the most in demand P.I. in New York City, and, in true Jessica fashion, she's not too happy about it.

"People want her to work for them, she’s getting a lot of business, and she’s not ready for any of that," Ritter explained to EW. "She hasn’t changed, but her environment has, and there’s no handbook for how to exist in a world where you are now popular."

In the midst of all these changes, Jessica is going to find herself in a situation where she has to team up with Luke, Iron Fist, and Daredevil — and that is where the fun begins. Many fans are understandably excited to see Jessica and Luke interact again, but The Defenders' most interesting duo may turn out to be Jessica and Matt Murdock, a.k.a. Daredevil.

Ritter described the character's relationship as a "cat and mouse game" where they take turns being the cat and mouse, saying, “It switches back and forth, to be honest... No one’s best friends in all of the Defenders. This is a reluctant team-up.” It makes sense; these are two powerful people with serious trust issues who still manage to take on cases affecting the city's most vulnerable people. In many ways, they share the same strengths and weaknesses, so it is not surprising that their dynamic will be volatile. ‌

Unlike the Avengers, the Defenders is a group made up of heroes who don't play well with others. Jessica and Matt, in particular, are inclined to protect those they love by keeping them as far away from the work they do as possible. With their self-destructive tendencies and naturally suspicious natures, these two are bound to see each other as liabilities.

There is a chance these two unlikely heroes will ultimately bond over their common ground and maybe even become a couple. I suspect their relationship is going to be less about romance and more about finding a way to trust each in the field though. Netflix is keeping details about The Defenders quiet, but even without knowing who or what the heroes are fighting against, it is easy to surmise they will be forced to put all their issues with one another aside for the common good.

Where this gets tricky is when you factor in Matt's drive to save everyone with the unpredictable tactics Jessica is inclined to use to get the job done. Matt likes to be in control of situations, and Jessica is not big on following orders. Seeing these two characters clash is going to be a highlight The Defenders, and watching them find a way to meld their different approaches to being a hero could be the beginning of a beautifully screwed up new superhero friendship.

The Defenders is set to premiere on Netflix this summer, and it can't get here soon enough.