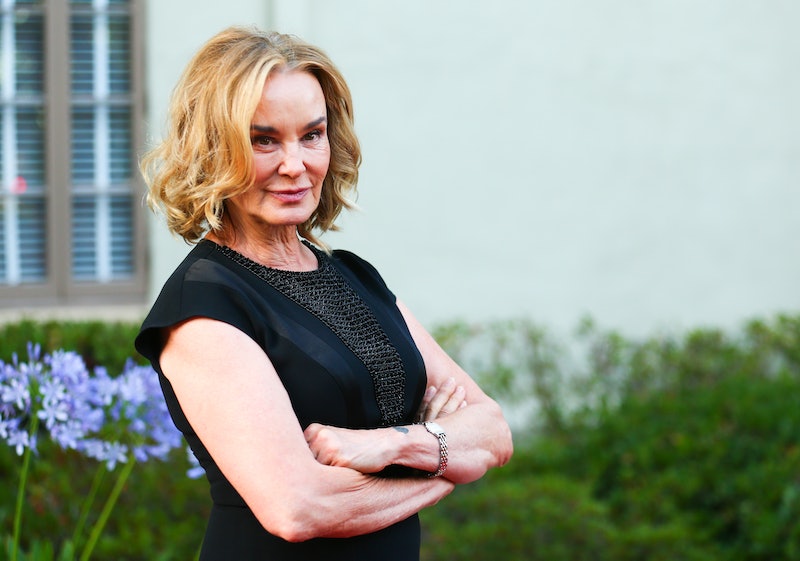 After a brief return to the franchise in Season 8, Jessica Lange is finished with American Horror Story — for good this time. The Politician star first appeared in FX's anthology series in Season 1's Murder House, before returning for Asylum, Coven, and Freak Show. She briefly reprised her first role in the series, Constance Langdon, in AHS: Apocalypse, but in a new interview with Entertainment Weekly, the actor confirmed that the AHS chapter of her career is complete.

Lange explained to EW that she got to participate in the best of the series. "I feel like I got the best of it in those first four seasons," she said. "Great characters. It was exciting to do. I worked with some of my favorite actors but I can’t see that we could ever get back to that."

From Constance to her role as The Supreme ruling over a coven of young witches, AHS gave the actor edgy characters that helped usher in a new phase of her career. She credited series creator Ryan Murphy for creating such powerful women for her to play, and even though she's ruled out a return to the spooky FX anthology series, she and Murphy remain collaborators.

Currently, Lange is stealing scenes in Murphy's first Netflix series, The Politician, and she told EW there's already another potential collaboration on the horizon. "We’re trying to develop this piece on [Marlene] Dietrich, from those kind of Las Vegas years to the end," she said. "We’ve got a really good script that Michael Cristofer wrote. At one time, Ryan thought he might want to direct it but he’s got a thousand other things that are going on. I don't particularly want to wait. So, if we can get this going next year it’ll be great. Ryan will produce and I can sing like Dietrich because she had a very limited range."

Lange's Season 8 return as Constance earned her an Emmy nomination for Outstanding Guest Actress in a Drama, which feels like a fitting farewell to the actor's era of the series. (Previously, her roles on the series earned her two Emmy wins.) In a July interview with The Wrap, The Politician star shared that she ultimately agreed to the AHS: Apocalypse cameo because it allowed her to step into Constance's shoes one last time. "I did this because it was recreating Constance, which was— for me, it was a very important time when I did that first season, 'Murder House,'" she said.

In fact, it was Murphy offering her a chance to say a proper farewell to Constance via a dramatic death scene that ultimately lured her back for one more appearance in the first place. "To play a part like that, to play a scene like that, I find deliriously fun because it’s total abandon," Lange said to The Wrap of her character's final moments. "There's no reason, there's no logic. It's just about the physical and emotional. So the idea that she is basically OD'ing and having these — are they visions, her children come to see her? It was my favorite scene to shoot, because there is a physical abandon to it that I always like to investigate."

She may be finished with the AHS franchise, but as long as Murphy continues presenting Lange with roles that she can't resist, the talented actor could continue working for years to come.