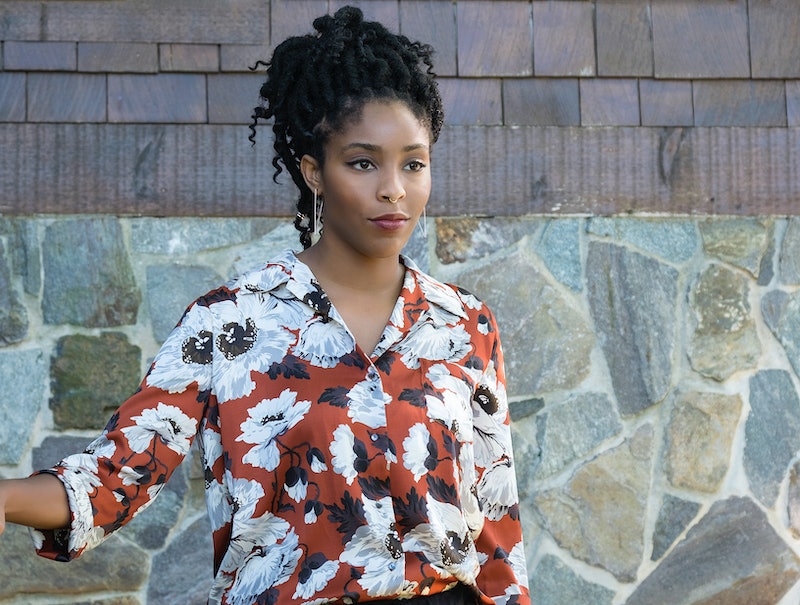 Actor and comedian Jessica Williams' new movie The Incredible Jessica James hit Netflix on July 28, and it's already causing quite the stir. It's not your typical, run-of-the-mill romantic comedy. And Williams has made it clear on multiple occasions that she wanted her film to not make women "feel like a trash monster" as they tune in. And with its pro-feminist angle in tow, the movie definitely achieved this. From the moment the media caught wind of The Incredible Jessica James, consensus said that it was bound to be on fire. But for Williams, she knew it was a hit after receiving one comment in particular from a certain demographic.

In a recent interview with Entertainment Weekly, Williams said,

"I’m always thinking about what a black lady would think about what I’m doing, just because I feel like they have such great taste, mostly because as black women, we’ve spent a lot of time downloading what a white male narrative is, so in my head, I’m like, if a black woman likes it, if she responds to it, then it’s probably pretty damn great."

While hosting a couple of screening in London, Williams received some pretty awesome feedback from a couple of black female attendees. Not only did they enjoy the jovial flick, but they were also able to let their guards down while watching. Williams painted the perfect picture of the uplifting exchange and told EW,

"And one of them said, they got to relax, and they felt like they could just enjoy themselves and just kind of put away the cares of the world for an hour and a half, and just enjoy watching a black lady kick ass and find romance."

In theatre, and in romance films specifically, black women are rarely seen embracing love in a carefree manor. There's always some sort of unimaginable harsh reality, or deep-rooted trauma holding them back from accepting love. Jessica James' hurdle, on the other hand, was a breakup — a rite of passage in the dating realm that almost everyone can relate to. And in spite, James was still able to navigate her world with grace and queendom, never losing sight of who she is and what she wants.

Jessica James' story wasn't told from an exclusively black perspective, per se. In fact, the main character's race didn't take up much, if any, space at all in the film's premise. The Incredible Jessica James is one of those feel-good movies that women, of all races and ethnicities, could look at and possibly see themselves. And in a time where creators are encouraged to be hyper-aware of inclusivity, Williams' latest work is giving a much-needed lesson as to how it should be done.

And in terms of the tremendous responses the film received, she told EW, "I think that was the coolest response I’ve gotten. I’m always looking for what the response is from black women for that reason."

Williams may not have set out originally to tell a "black story," but the overwhelming responses she received from the very demographic whose presence is often dismissed in mainstream media let her know that she was doing something right.