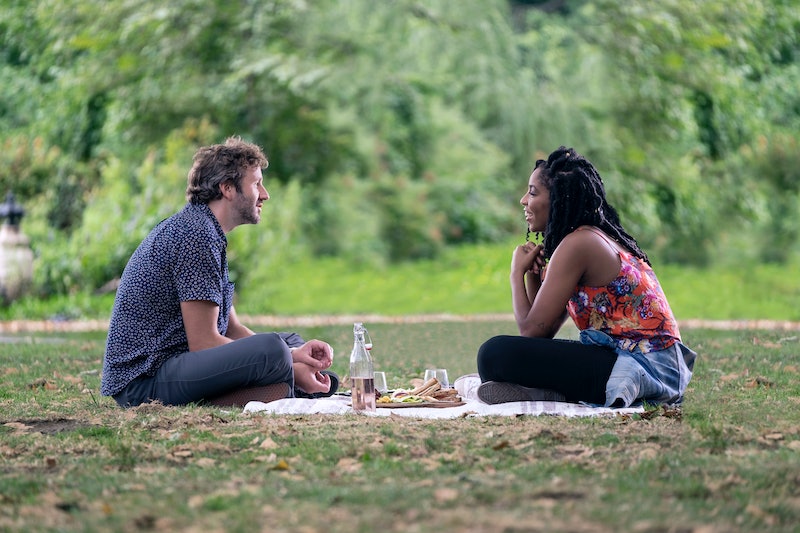 Romantic comedies always get a bad rap for being anti-feminist, fairy tale-driven, and unrealistic, according to critics. But Jessica Williams' new Netflix rom-com is anything but that. Starring the former Daily Show correspondent, the Netflix original follows 20something Jessica James as she confidently navigates Tinder and tries to stay afloat in one of the most expensive cities in the country. The normality of the plot is something that's guaranteed to have viewers hooked, and The Incredible Jessica James trailer is already so relatable.

If you've been following Williams' career over the years, then you knew that she wouldn't sign on to any ol' thing — especially something that wouldn't showcase women in real lighting. You see, Williams isn't a fairytale type of woman, and that's more than clear when tuning into her podcast 2 Dope Queens. After getting a taste of Williams' newest flick, fans can tell that her character Jessica James is totally on the same wave-length as the actor behind her.

The newly single aspiring playwright is pouring her black girl magic all over Brooklyn, while dipping her toe into the pool of online dating. But it's not what you think. Instead of James being a broken, relationship driven speed dater, she leads with confidence and refuses to settle for anything less than what she deserves.

According to Williams, this rom-com won't make viewers feel like "trash monsters" when they tune in. Because, unlike many other female leads in the romantic comedy genre, Jessica isn't looking for someone to complete her. While speaking to the Park City, Utah crowd at 2017's Sundance Film Festival, the actor noted that her character "doesn’t necessarily need validation." Just hearing that is like a breath of fresh air.

Premiering July 28, The Incredible Jessica James is a millennial tale of what dating today looks like for a strong woman who's sure of herself. So, naturally, expect Jessica James' name to come up next time you're talking about your beloved Elle Woodses and Cher Horowitzs.

More like this
Dane Cook Is Engaged To Kelsi Taylor After Dating For 5 Years
By Danielle Jackson and Radhika Menon
Jamie Foxx Revealed The Question That Got Cameron Diaz To “Un-Retire”
By Grace Wehniainen
Before 'Bullet Train,' Revisit These Brad Pitt 'Fight Club' Premiere Photos From 1999
By Grace Wehniainen
What Is Brad Pitt’s Net Worth? The Bullet Train Star Now Makes 8 Figures Per Film
By Hugh McIntyre
Get Even More From Bustle — Sign Up For The Newsletter