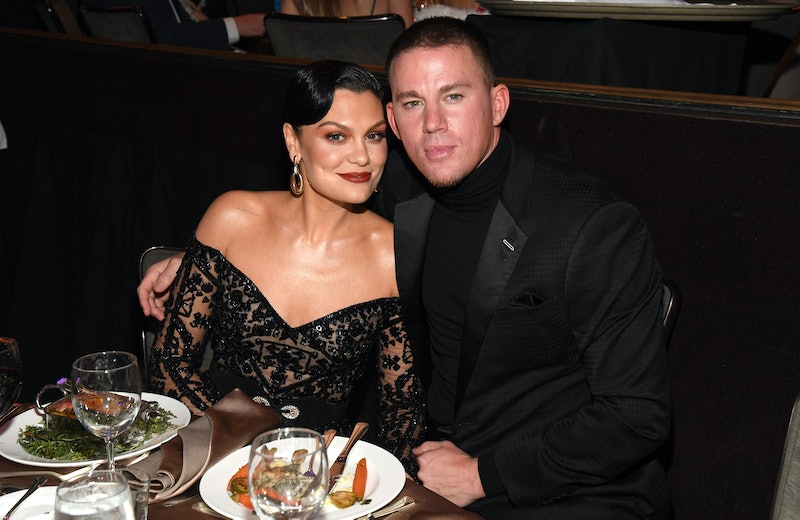 Proving that not all breakups are contentious, Jessie J shared a birthday tribute to Channing Tatum on her Instagram Story on Sunday, April 26. The former couple were first linked in 2018, before they broke up one year later. They reunited in January, only to call it quits again shortly after. Thanks to her birthday tribute, there's now speculation that the "Domino" singer and the actor are back on again, but it seems just as likely that the exes are simply still friends.

Jessie J devoted three IG Stories to celebrating Tatum's 40th birthday. The first was a photo of the Magic Mike star in the water. She captioned the image, "Happy 40th birthday to this special man right here. I am so grateful you were born, and even more grateful that we met." She followed her first photo up with a black and white pic of Tatum, and a video of him jumping into the water captioned, "Keep living your BEST life!"

On April 4, news broke that Tatum and Jessie J had split just three months after reuniting. At the time, a source told E! News, "It was an amicable breakup. They had tried again to make it work but realized they were better off as friends."

Right from the start, the couple had to deal with their relationship being in the spotlight. During a 2019 interview, the pop singer told The Times that early media attention created "pressure" on them during a time when they were just starting to get to know one another. "Chan and I got photographed before our relationship was even a thing and that created such pressure," she explained. "We've needed time to get to know each other."

Throughout their relationship, Jessie J and Tatum shared loving tributes to one another on birthdays and sometimes just because. In January, shortly after they got back together, Tatum publicly defended Jessie J from trolls on Instagram who compared her to his ex-wife Jenna Dewan. At the time he responded to a commenter who said he looked better with Dewan, by writing, "Ain’t nobody more stunning and beautiful — to look at but even more as a human — than Jess."

Ultimately, their romantic relationship didn't last the second time around either, with a source telling E! that "the same issues were still popping up." Still, Jessie J's birthday tribute to Tatum suggests that they truly have remained friends through two breakups, and it's clear from her message that she doesn't regret having the actor in her life.