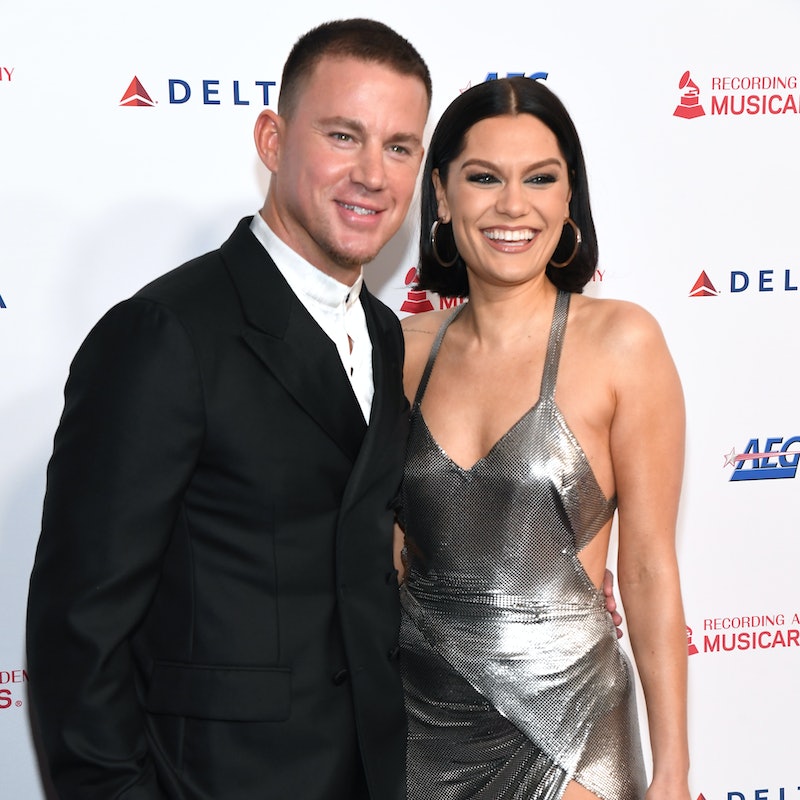 Channing Tatum is very much in love — and willing to defend the woman he loves from negative comments on social media. After posting some PDA-filled photos on Friday, Jan. 24, Channing Tatum defended Jessie J and their relationship on Instagram after a commenter compared the singer to Tatum's ex-wife, Jenna Dewan. The Magic Mike star — who recently reconciled with Jessie J after a brief split in December — shared a photo of himself and the singer wearing unicorn horns and cuddling up to one another.

However, when an Instagram user commented that "Jenna looks better with you," the actor quickly jumped to his girlfriend's defense in a series of since-deleted comments. (Tatum disabled the comments on his photo, but Comments By Celebs posted screenshots of the exchange.) "I don’t usually address sh*t like this. But you seem as good of a terrible, happy-people-hating, thoughtless person as any of them," Tatum wrote in response, before telling his followers to think before posting "hurtful" and "hateful" comments on any of his posts, especially the ones featuring Jessie J.

The actor also took the opportunity to praise his longterm love, adding that there "ain’t nobody more stunning and beautiful — to look at but even more as a human — than Jess." He continued, "Sorry about your opinion. But what I said is facts." The singer thanked him for his kind words and support in a comment of her own, writing, "My BABY! Horns out!" in reference to Tatum's original caption.

Tatum also posted a follow-up comment praising Dewan as well, in order to prevent other people from continuing to compare her to Jessie J. "Jenna is beautiful and amazing in her own right," he wrote, before adding that "no[one] is more beautiful or better than anyone else. Beauty isn’t measurable. It’s in the eye of the beholder." The actor ended his post by announcing that he was planning to "[enjoy] my MF night with my gorgeous lady and cuddle up in her beautiful heart," effectively ending the conversation.

Unfortunately, Jessie J and Tatum have had to navigate comments and comparisons since the news of Tatum and Jessie J's relationship first broke in October 2018. “Chan and I got photographed before our relationship was even a thing and that created such pressure," the singer told The Times in June 2019. "We’ve needed time to get to know each other."

However, Tatum has been very effusive about his feelings for the singer through it all, beginning with a loving birthday tribute that he posted in March 2019. "You came into this world on this day and lit it on fire," he wrote on Instagram. "You have blessed our eyes, our ears, our hearts and our lives."

Dewan has also found happiness since splitting from Tatum in April 2018; in September 2019, she announced that she was expecting a baby with actor Steve Kazee. (Dewan and Tatum also co-parent 6-year-old Everly.) "Becoming a mother is quite simply the absolute best most incredible thing that has ever happened to me," Dewan wrote on Instagram at the time. "[Steve,] you are a gift from above and i couldn’t be more excited to be expanding our family together!"

Clearly, both Dewan and Tatum are happier than ever in their new relationships, and if nothing else, the actor's Instagram comments should effectively shut down any further posts from people who don't want to see them move on and find love with other people.