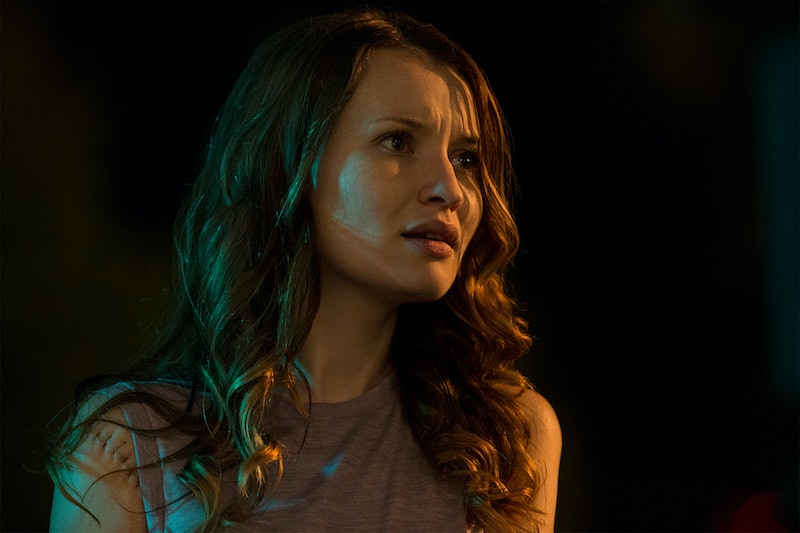 Ibis' stories in American Gods have put immigration, forced or otherwise, in the forefront of the Starz series. These vignettes show how different cultures have brought their faiths and deities to the United States. The American Gods Mexican immigration scene is the most modern take on the show's "Coming to America" theme yet, and therefore one of the more poignant.

The scene opened with a group of would-be immigrants looking to swim from Mexico to the United States. When one man struggles to keep swimming and almost drowns, he is helped by a figure walking on water. Yes, that's Jesus Christ, who isn't a character in Neil Gaiman's original novel. At least, the audience is lead to assume that the character is Jesus. That kind act is put in sharp relief when American men begin firing on the newcomers with scripture-inscribed guns.

No matter how you feel about the issue of illegal immigration, this is undeniably a horrifying ambush. I'm guessing these men are an unofficial border patrol, but their identity is left somewhat ambiguous. They even shoot down the man who all but introduced himself as Christ, and he assumes a crucifixion pose on the ground.

It's a powerful scene for reasons that may seem obvious, but are still affecting. Viewers empathize with the Mexican families first. The hypocrisy of self-proclaimed Christian men denying a better life to those who seek it is plainly laid out. It's a literal visual representation of the phrase, "What Would Jesus Do?" with two very different answers. While other "Coming To America" stories, such as the Vikings and the tribe crossing the Bering Strait, happened a long time ago (though as Mr. Nancy's speech emphasized, the African slave trade was not as long ago as viewers would like to think), this migration and this conflict are happening now.

The opening also helps to set up Vulcan and his gun-obsessed followers, who come into the episode later. It also sets up a few questions. In the somewhat more literal sense of the show — was that really Jesus, and does Mad Sweeney really know him? Jesus is mentioned in Gaiman's book, though he does not appear.

According to Entertainment Weekly, there will be multiple Christs in the show, one played by Jeremy Davies from Lost. That's an interesting religious statement, to say the least. So the man assisting these immigrants is the first of perhaps many. I don't think any Jesus would be into permanently resurrecting Laura Moon, but I can't wait to find out.

Not only is this opening harrowing with regards to the modern state and characterization of immigration, but it prepares audiences for future developments in an intriguing and emotional way.