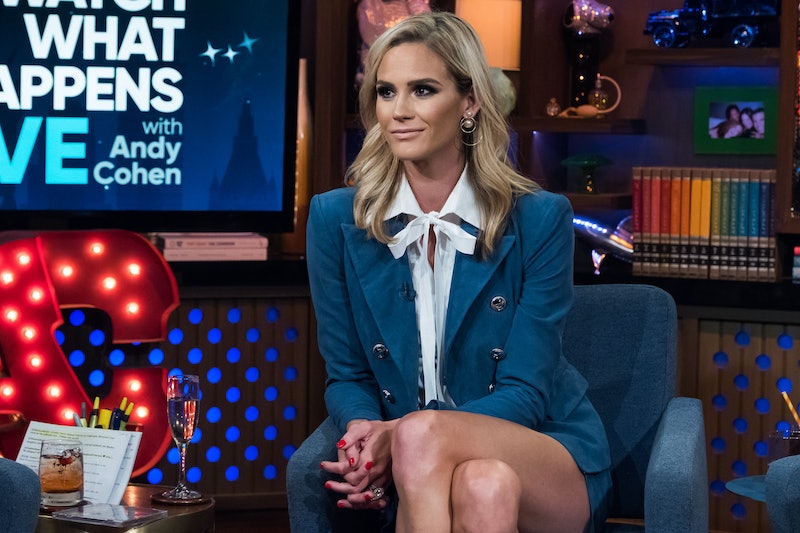 In new statement provided to Us Weekly, Jim Edmonds has addressed his and Meghan King Edmonds's divorce drama. The retired professional baseball player said in the statement, which was released on Wednesday, Oct. 30, that the news surrounding his split from the former Real Housewives of Orange County star "spiraled out of control with no way to way to stop it," and also sharing that he has experienced "one of the most emotionally exhausting sleepless five days of [his] life." His statement alluded to the problems he and Meghan have faced over the past couple years, going on to say that he wishes they "had more quality time together." He said, "We both carry an extremely large load and most of our issues could have been worked out if we had more more time for us."

Jim also shared that he will be making an effort to keep their personal matters as private as possible. He explained,

"I’m removing myself and all of my family from this unnecessary publicity that I obviously have never quite enjoyed. I have way too much love for my wife and kids for this to happen and it’s time for us to get back to the private life we used to live. Meghan is a truly special woman who my kids are so fortunate to have as their mother."

The final line of the statement is a hopeful one: "I love my family and will make it right again.”

On Friday, Oct. 25, Us Weekly reported that Jim filed for divorce. According to Us Weekly, multiple sources said he filed after Meghan accused him of cheating on her with Carly Wilson, one of their babysitters. Jim took to Instagram on Monday, Oct. 28 to deny the affair in a long caption, stating, "For someone to accuse me of sleeping with her is not only wrong, it’s disgusting and irresponsible." That same day, Wilson addressed the allegations on Instagram, writing, "I have not and never would participate in any action involving infidelity." The news of Meghan and Jim's split arrived four months after AllAboutTheTea released screengrabs of illicit text messages Jim allegedly sent to another woman. Jim admitted to Us Weekly in June that he did send the messages, but was adamant that there was not "any type of relationship or physical contact."

Meghan opened up about the demise of their marriage in a lengthy blog post that went up on her site on Tuesday, Oct. 29. She wrote about attempting to piece their relationship back together after his sexting scandal broke in June, and then claimed Jim began reportedly spending time with “much younger women, including several of [their] babysitters” and “started lying about where he was going or who he was going with—and deleting entire text conversations on his phone with several of these young women.”

Meghan went on to write she does not know for sure if her estranged husband had an affair with the babysitter or not, but she does not understand why neither Jim nor Wilson were upfront about their spending time together socially. She wrote, “I’ve gone back and forth with my thoughts for a couple days but as I write this, I don’t think he did. But I still don’t understand why he’d lie. And why would she lie?” She also said she "[believes] some things need to be kept private," but "[felt] as if [her] hand has been forced."

The last five days have held a lot of very public divorce drama for the ex-couple. Perhaps now that Meghan and Jim have expressed their desire to maintain some level of privacy, the dust will start to settle.

More like this
'RHOSLC’s Heather & Whitney Are Still On A “Friendship Break” After Season 3 Reunion
By Jake Viswanath
Everything To Know About 'RHOSLC' Season 4
By Jake Viswanath
Erika Jayne's Estranged Husband Tom Girardi Has Been Indicted On Fraud Charges
By Jake Viswanath
RHOP’s Robyn Dixon Explained Why Juan Paid For Another Woman's Hotel Room
By Brad Witter
Get Even More From Bustle — Sign Up For The Newsletter
From hair trends to relationship advice, our daily newsletter has everything you need to sound like a person who’s on TikTok, even if you aren’t.