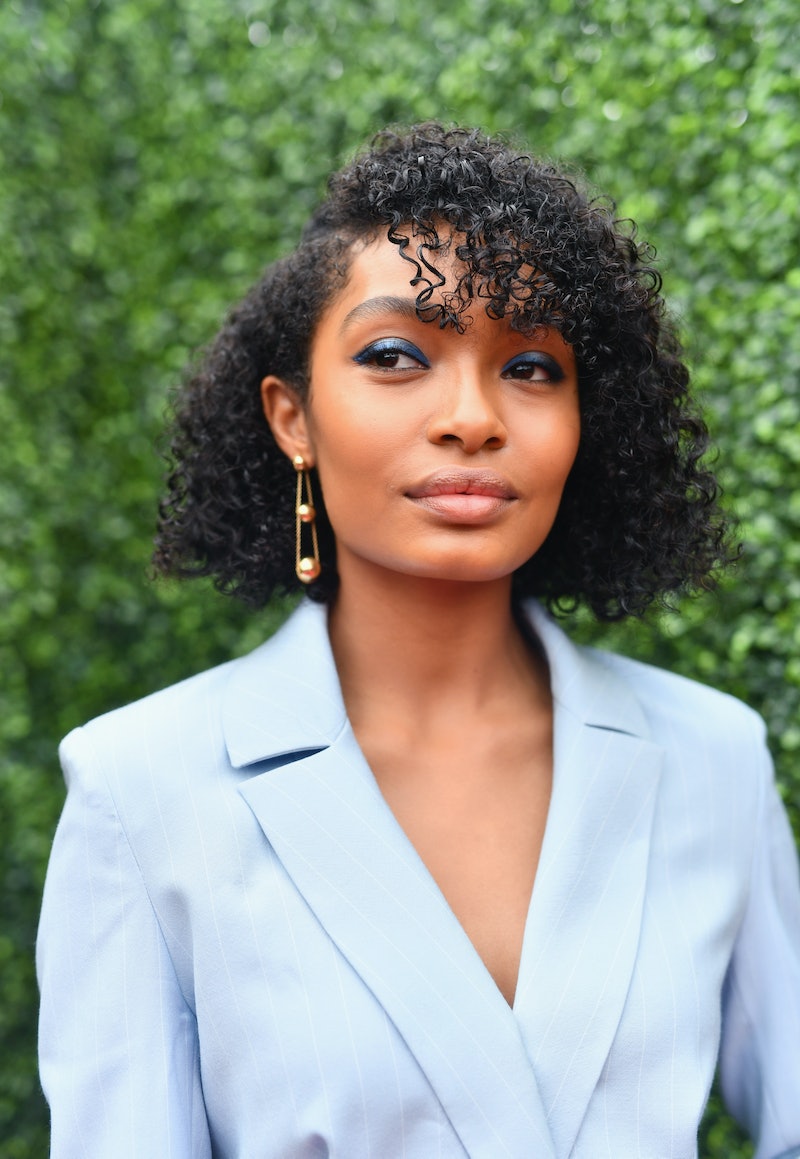 The next presidential election isn't until 2020, and while that may be one of the biggest elections in the United States, especially for young voters, there's a pretty important election happening this year first. That would be the midterm elections, and Yara Shahidi knows it. That's why Yara Shahidi and Jimmy Fallon teamed up to create a Schoolhouse Rock inspired video to encourage voter turnout for the 2018 midterm elections.

The video, created in partnership with The Tonight Show Starring Jimmy Fallon, was released on Monday, Sept. 17. "Voting Avenue ft. Yara Shahidi (Schoolhouse Rock)" stars Fallon and Shahidi in an educational, music number all about the importance of registering to vote. The video puts a musical emphasis on the midterm and local elections, where you can vote for "legislators, governors, senators," as Shahidi says in the video.

Of course, all of these important messages are accompanied by an super catchy tune and animated visuals, all in a Schoolhouse Rock theme. Not only is the animation style the same, but they've also invented a new character, Ballot, made in the image of Bill from "I'm Just a Bill," who helped to explain the lawmaking process in America, showing the whole process from when a proposed law becomes a bill and then fully made into a law. A majority of the political- or American-themed episodes of School House Rock came out in the 1970s, but the passage of time definitely doesn't mean we still don't need these catchy videos to teach us about government and civic duty.

In the video, animated Fallon and Shahidi want to make their way to Voting Avenue, where you have to be 18 in order go and where you get to, you guessed it, vote. Ballot helps explain how to register to vote. "It don't matter who you are, if you walk or drive a car. It don't make a difference if you're red or blue," Ballot sings, emphasizing that the effort to get people to vote is a bipartisan one. There's no other motive here than urging everyone to vote, and with a great musical backdrop, it's catchy and certainly does its job. Who doesn't want to go to Voting Avenue?

This is the most recent step in Shahidi's efforts to get young people to the voting booths for the midterms and beyond. She founded the platform Eighteen x 18 which encourages younger people to speak out and be active in politics. According to the organization's official website, Eighteen x 18 was "designed to uplift our generation of voters to take action into our own hands and discover the issues that impact us through our own stories and experiences." It has a full social media platform, and Shahidi didn't stop there.

In addition to that campaign, she made an inspirational video on NowThis News that urges people, specially young Americans, to vote in the 2018 midterms. All the seats in the House of Representatives are being voted on, along with a third of the seats in the Senate. "The control of Congress is up for grabs this year," Shahidi said in the video. "And the party that controls Capitol Hill basically decides which direction our country is going in." She even had an "Ace The Midterms" room at Refinery29's 29Rooms installation in New York City.

Her efforts can make even the most disinterested young adult stand up and say, "Hell yeah, let's vote," and that's the point. Here's to hoping we get more Schoolhouse Rock videos from Shahidi, along with whatever's next in her quest to get young people out to the voting booths.