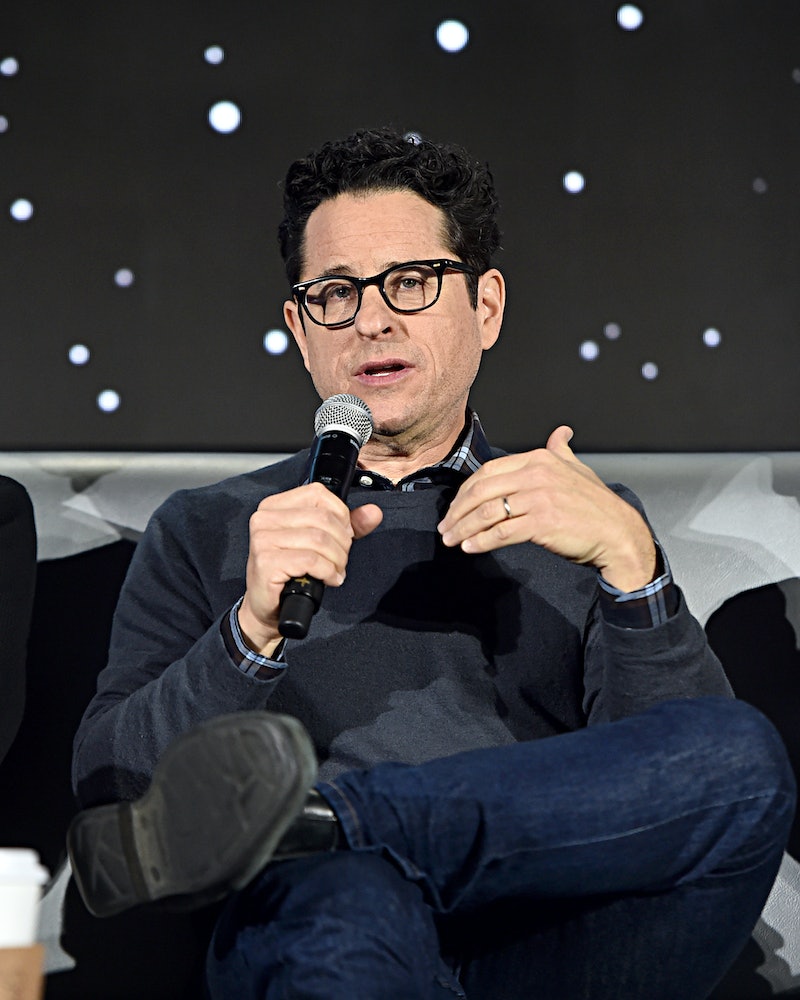 Rian Johnson's Star Wars installment was full of twists, and on Wednesday, J.J. Abrams revealed The Last Jedi death that shocked him the most, according to Entertainment Weekly. Abrams was taken aback by the film's major twist, Kylo Ren killing Supreme Leader Snoke, but found Finn killing Captain Phasma to be the most unexpected plot point. Captain Phasma, played by Gwendoline Christie, was introduced by Abrams in The Force Awakens, and the villain's demise is a source of controversy for fan's of the franchise.

During an interview with Fox 5 DC, Abrams praised how good Johnson was at, "subverting expectations," but admitted Phasma seemed to have more ahead for her as a character, saying, "That was one of those characters I thought was there for something else." The director went on to explain how, often in Star Wars, a character will die for the sake of character development or to develop a narrative, as was the case with Han Solo, who was killed by Kylo Ren in The Force Awakens.

"Harrison always knew that there needed to be utility for the character, and he had famously always wanted Han to die and serve that purpose," Abrams explained. "It felt like this was a way to begin to define Kylo Ren, not just a way to kill a character."

Since Captain Phasma's death only vindicated Finn in the moment versus serving a larger dramatic purpose, Abrams admitted, "the biggest surprise, weirdly, was Phasma dying the way she did."

Abrams wasn't criticizing Johnson's decision, but rather pointing out how his fellow Star Wars director brought a unique interpretation to the series, and this often resulted in shocking decisions. In November, Abrams discussed Johnson's vision for Star Wars, saying the first draft of The Last Jedi script "made me laugh" because it was "his take and his voice" in an interview with Rolling Stone.

The Star Wars: The Rise of Skywalker director went on to note that, despite making different choices, he respected their individual ideas for the saga. "I appreciated the choices he made as a filmmaker that would probably be very different from the choices that I would have made," he said. During the interview, Abrams also called the biggest surprise in the film "how dark Luke was."

Johnson might have killed off one or two of the characters Abrams created, but ultimately, the director seemed at peace with how the story unfolded. "The number of things that happened in that movie that aren’t the thing you think is going to happen is pretty fun," he added in Rolling Stone.

The highly anticipated final installment of the Skywalker saga, Star Wars: The Rise of Skywalker, will premiere on Dec. 20.