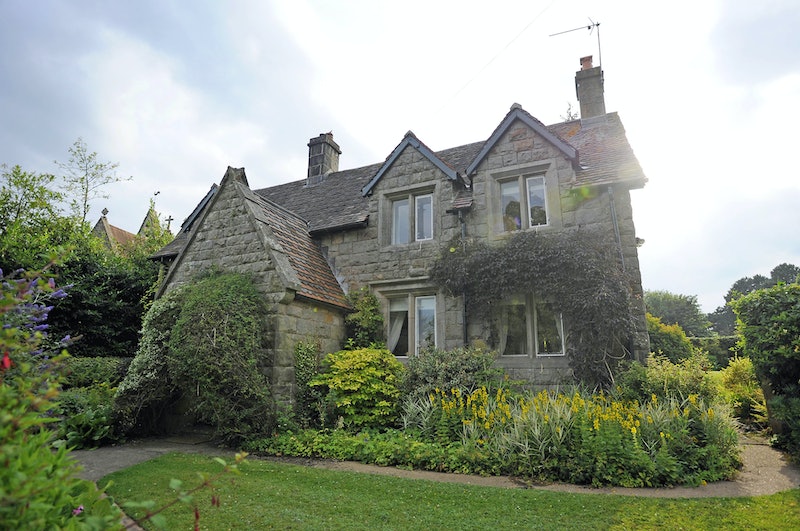 Going back to your roots can be a right of passage, and that seems to be the case for Harry Potter's author. According to The Telegraph, JK Rowling has bought her childhood home in the village of Tutshill, Gloucestershire.

Rowling lived in Church Cottage for the majority of her teenage years, and drew a lot of inspiration for Harry Potter from where she grew up. The house itself has a cupboard under the stairs much like Harry's home, and it also features a trapdoor to a creepy cellar, reminiscent of the one guarded by Fluffy in The Philosopher's Stone. Tutshill itself is also referred to in the series through a Quidditch team aptly called the Tutshill Tornados.

As The Telegraph reports, Rowling bought the cottage through "a property company she owns with her husband Neil, Caernarfon Lettings Ltd, under her married name of Joanne Murray." I have reached out to Rowling's reps to confirm this, but have yet to hear back.

While there's been no statement as such from Rowling on the decision of buying her childhood home, "[i]t is thought she bought the home because she wanted to preserve and protect properties which formed part of her life," writes The Telegraph, but "some locals believe she may convert it into a holiday home for deprived families."

After the author moved out to go to university when she was 19, her parents stayed in the cottage until her mother passed away in 1990. Her father then sold the home to BBC producer Julian Mercer in 1995, who lived there until 2012. Prior to leaving, Rowling wrote a message on her bedroom window which Mercer has preserved to this day.

"It is a truly lovely cottage. It is quite small but has wonderful architecture and a gorgeous garden surrounding it," Mercer told the Mail Online. "It has a cupboard under the stairs and the architecture is very Hogwarts-like. It has vaulted ceilings, stone windows and oozes a gothic spirit," he said. "The trapdoor is in the dining room and leads to a small cellar. It is quite scary, just like in the books."

While living there, Mercer also had to deal with fans of the books visiting the home. "For years, every time a book or a film came out, there were always members of the public asking to come in and see the house," he told BBC News. "That's been happening ever since the books came out. But we haven't let them in."

Mercer's daughters, who grew up reading the books, enjoyed living there though. "I suppose we were always conscious then [after the author become famous] that it was her home."